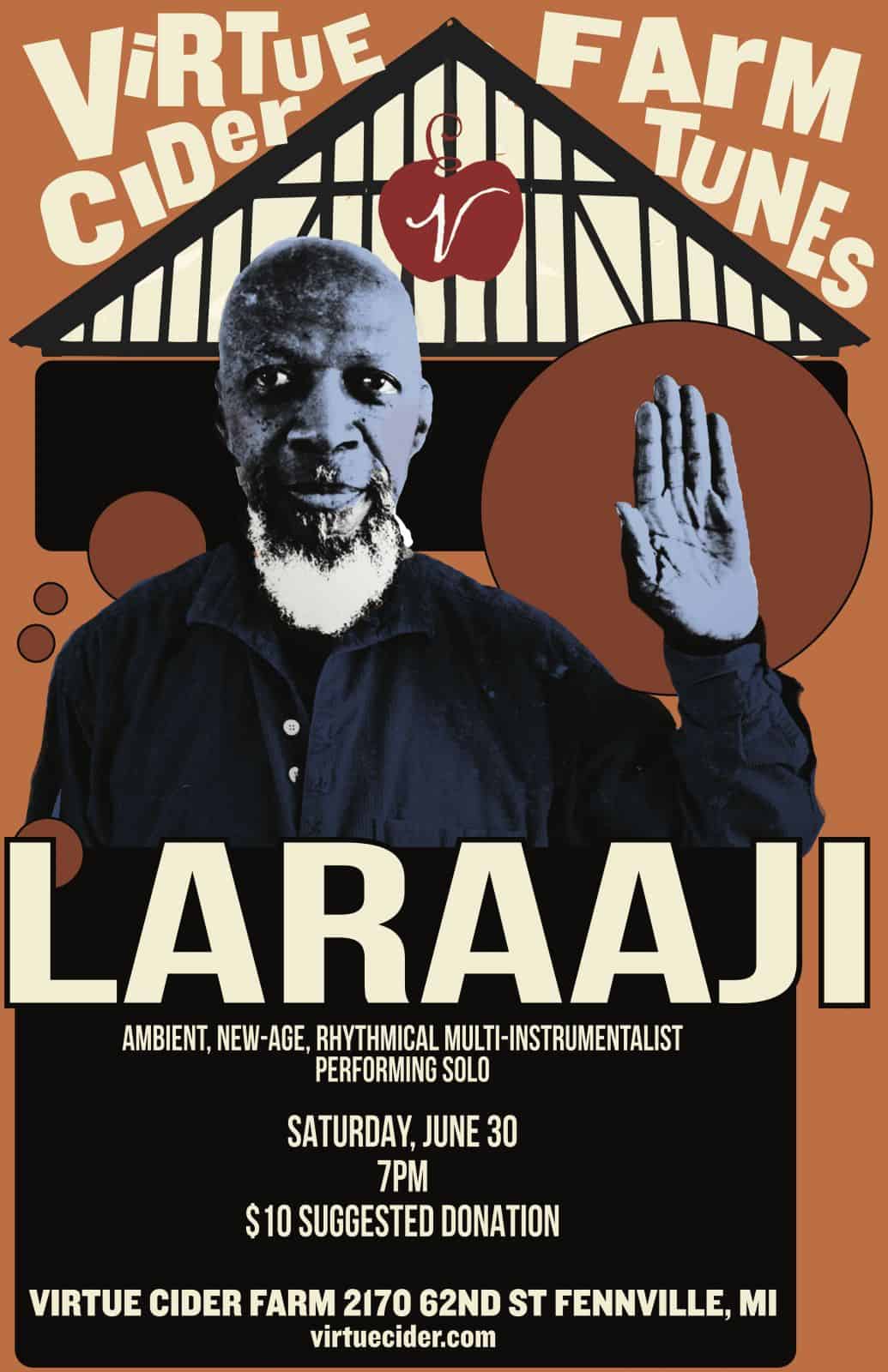 This spring and summer, Virtue Cider is hosting monthly open-air concerts on the Cider House Lawn. Join in on the festivities, including sunset sounds and cider!

Virtue Cider’s Farm Tunes series continues with special guest Laraaji on Saturday, June 30. Music begins at 7 p.m. Your $10 suggested donation gets you in an on-site raffle for a pair of 3-day passes to the Pitchfork Music Festival in Chicago on July 20-22!

Ambient, new-age, rhythmical multi-instrumentalist Laraaji was discovered by Brian Eno while playing in Washington Square Park. The result was his most widely recognized release, “Ambient 3: Day of Radiance,” the third installment of Brian Eno’s “Ambient” series. This was his first album released under the name of Laraaji.