We’re excited to announce Groundwork Coffee’s latest Brewers’ Series release is a collaboration with none other than Reverend Nat’s Hard Cider of Portland, Oregon.

To create this cider, a tart granny-apple base was blended with copious amounts of sweet and tart cherry juices, and then aged on Bitches Brew ground coffee. Taste Electric Red and you’ll find a nice, deep flavor with enticing and assertive aromas of dark chocolate, cherry and coffee roast smokiness with subtle caramel notes. 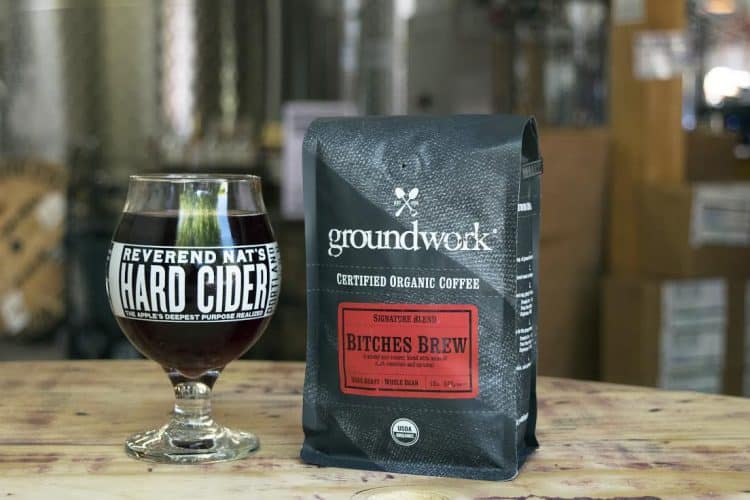 Similar to what Groundwork has done with its previous Brewers’ Series releases, for every Electric Red cider sold at Reverend Nat’s Tasting Room during its first week on tap, May 31 to June 7, $1 will be donated to the Café Femenino Foundation, an independent nonprofit organization that funds community betterment grant requests proposed and managed by women in coffee-producing regions around the world.

This collaboration has been dubbed Electric Red as it best describes the vibrant sour cherry cider, and is also a reference to aging the cider on Groundwork’s Bitches Brew signature blend coffee. Groundwork’s Bitches Brew is named after American jazz musician Miles Davis’ Grammy Award-winning record, which broke boundaries of jazz by featuring several electric instruments.