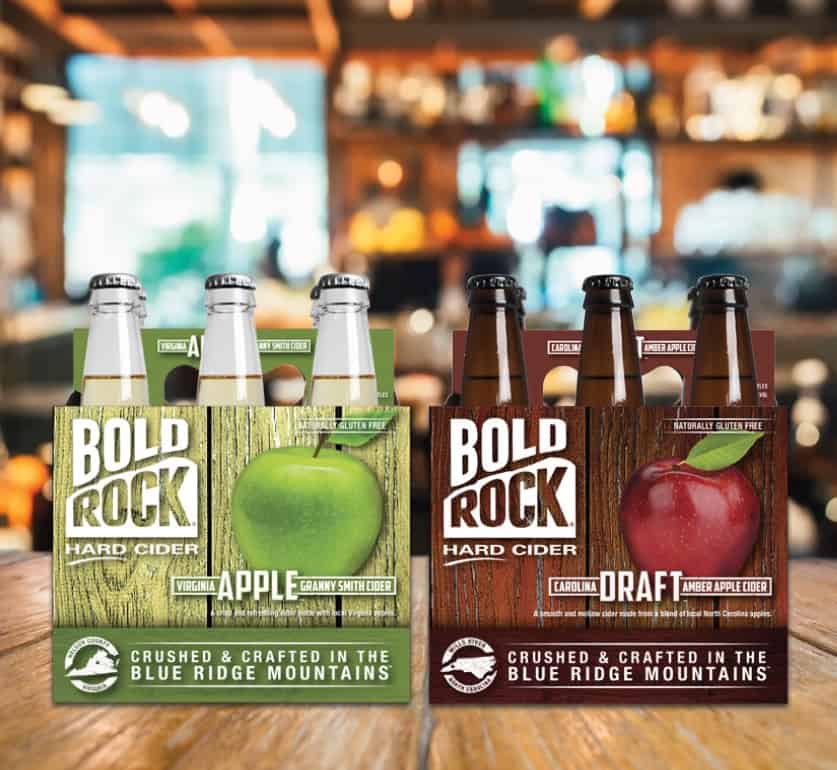 Bold Rock Hard Cider has unveiled the new packaging and bottle design for its full lineup of award-winning hard cider styles. The refreshed look comes as Bold Rock enters its fourth year making craft cider with apples locally picked in the Blue Ridge Mountains and continues to expand its reach throughout the Mid-Atlantic and Southeast. In addition to Bold Rock’s flagship Virginia-based Cider Barn, which features a public taproom, the company recently opened a second production facility and taproom in Mills River, North Carolina, and the regional craft cidery’s variety of hard cider styles can now be found in nine states from Pennsylvania through South Carolina.

The new packaging and bottle design still reflects Bold Rock’s roots of being founded on a scenic farm in the Blue Ridge of Central Virginia, but it also offers a clean look with brand consistency that will carry across new styles, as the company’s innovative cider makers continue to create new recipes with local fruit. A distinguishing feature on each six-pack design is a state seal, so Bold Rock drinkers know if the apples in their cider were crushed and crafted in Virginia or North Carolina.

These changes will be on shelves in mid-January and will also coincide with the launch of a new website.