Long ago, in 1863, the history of Gettysburg, Pennsylvania, changed forever. The Civil War battle that played out around this charming, quiet borough left more bloodshed than any of the residents, let alone anyone in the country, had seen before. The battle left its mark on the countryside and the town, making it a destination for many to recognize the battle’s significance in our nation’s history. The Gettysburg area is also filled with wineries, farms, outdoor activities and beautiful terrain, and the good people of Gettysburg want to make sure the world recognizes all there is to offer. 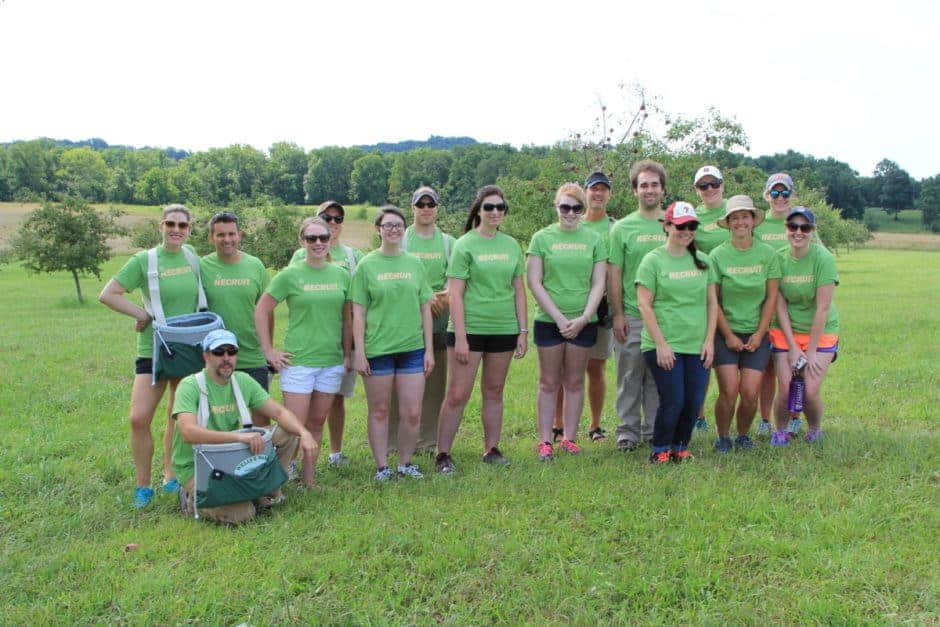 The Gettysburg Foundation launched its “Seedling to Cider” project last year to engage a younger generation of members in their 20s and 30s.

“We wanted to find a way to preserve our nation’s rich history here in Gettysburg in a way that’s meaningful and relevant to them,” said Elle Lamboy, Director of Membership and Philanthropic Communications for the Gettysburg Foundation. “We decided to have the new ‘recruits’ help preserve the orchards on the battlefield.”

The Foundation partnered with Good Intent Cider, a family-owned cidery with locations in Gettysburg and Bellefonte, PA. The recruits picked apples right from the battlefield and worked along with Good Intent Founder and Owner, Adam Redding, to produce a special hard cider. The Gettysburg native jumped at the chance to work with the Foundation recruits. When approached by his high school buddy, Mark Clowney, who was on the project’s planning committee, he happily obliged. 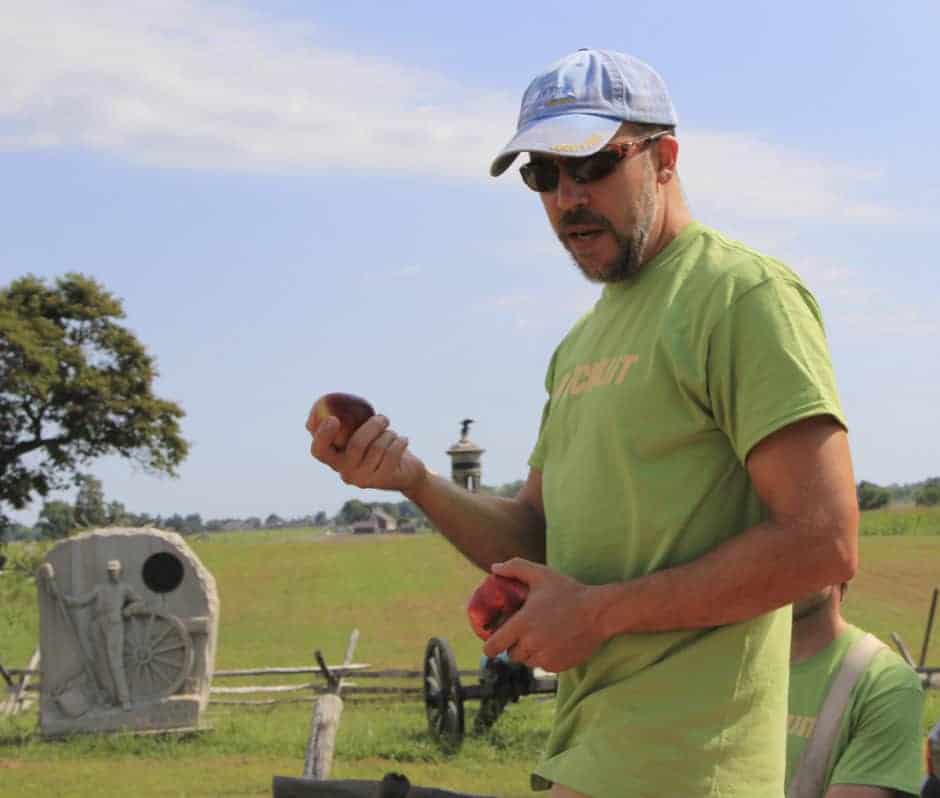 “Adam chose the orchard he felt was best suited for picking. On a nice, sunny Saturday morning in August, with more than enough workers picking the Rose Orchard, we collected over two full bins weighing in at probably 800 lbs each,” said Clowney. “It was a humble experience knowing that we were working in the fields that once witnessed the horror of war. It was also a promising reminder that this land could be cultivated and again bear fruit for which it was originally intended back some 150 years ago.”

“I used the apples we picked that weekend to create our mellow and aromatic ‘Rose Farm Orchard’ cider.” said Redding. “What makes our cider stand out from other mainstream ciders is that ours has more depth and it’s actually stronger because of the apples we use. Plus, we don’t water it down, which would lower the alcohol content.”

Redding had the opportunity during the apple picking to teach the recruits about the science behind turning those apples into cider. 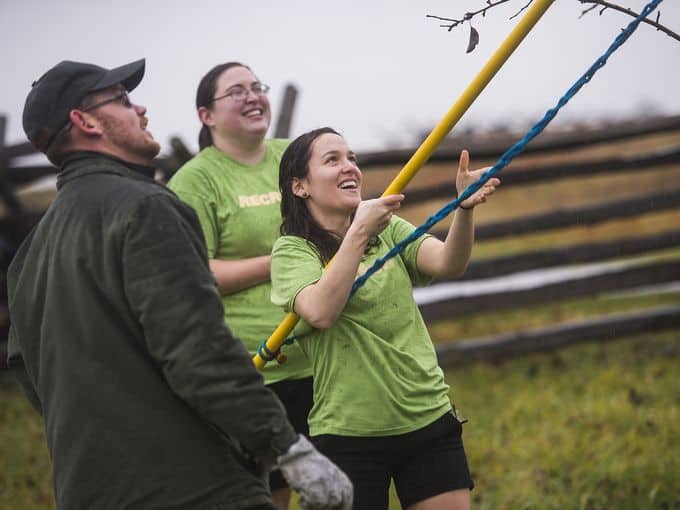 “I think being so involved in every step of the process from picking to pouring made the recruits feel a real connection with not only the product, but also the importance of preserving this great historic treasure we have here,” said Lamboy.

Redding said he really enjoyed working alongside the Foundation.

“Growing up in Gettysburg, I took the battlefield for granted. It was a place I’d go running or for a bike ride,” he said. “Now being tied into this group, I have a much better knowledge and respect of its history. The collaboration on this project is just awesome. It totally changed my perception of what happened here in the1800s.”

Clowney couldn’t be happier with the newfound partnership.

“Not many folks can say they have picked apples on the Gettysburg Battlefield and then tested the fruits of their labor with a nice hard cider sample a couple months later from those same apples.”

Proceeds from Rose Farm Orchard Cider go to the preservation of the historic orchards on the Gettysburg Battlefield.