The Story of Starting a Cidery: Hale & True 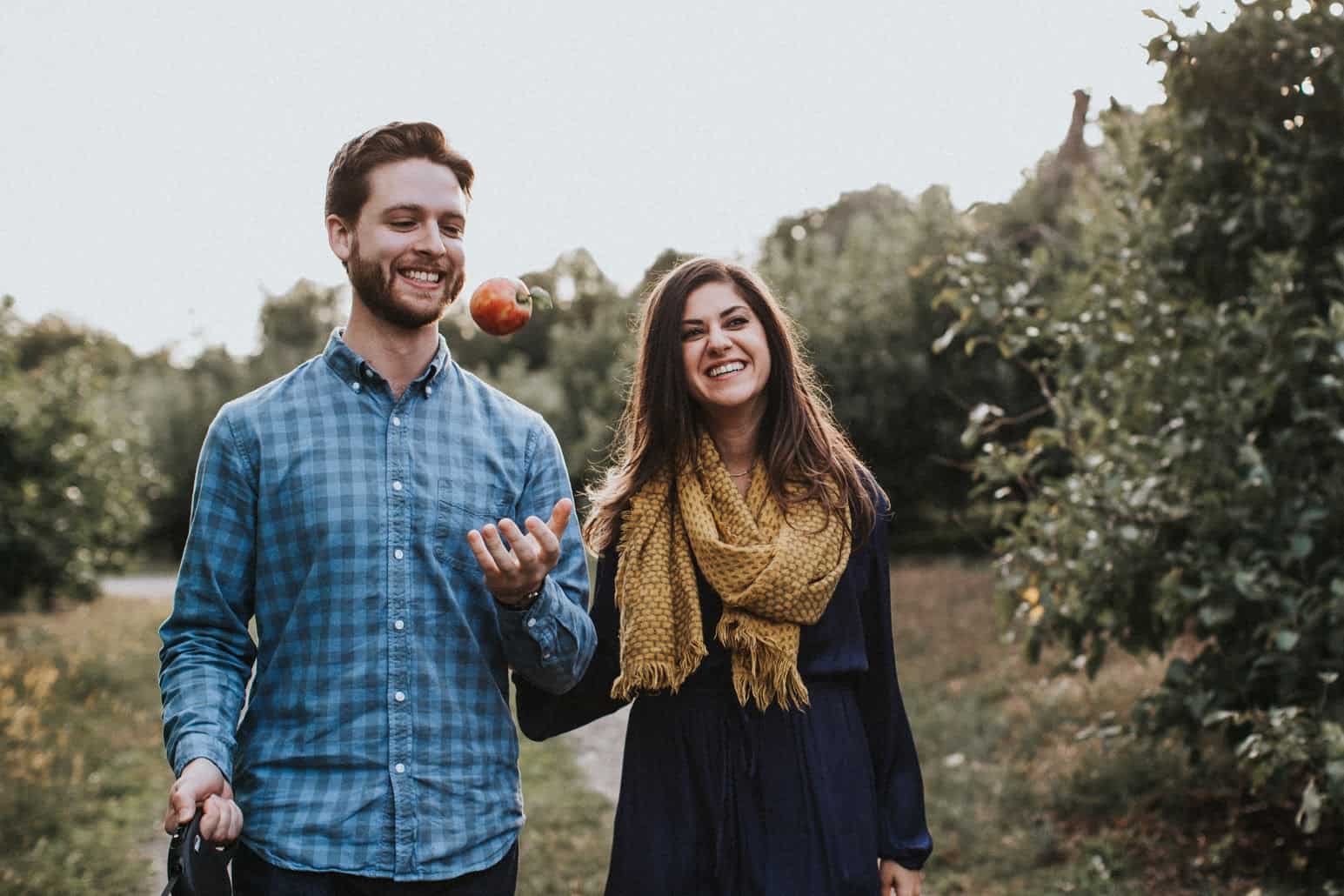 It was in a 500-square-foot apartment in Old City Philadelphia that I made my first batch of cider. I poured a gallon of store-bought apple juice into a one-gallon carboy, added yeast and watched it ferment over the next couple weeks. The result was a naturally dry, fizzy, delicious, 6.5% ABV cider.

Four years later, after countless batches of cider, experiments, failures and a lot of education, my fiancée, Risa Zeller, and I are starting a cidery in our home city of Philadelphia. Here’s the story of Hale & True, from our inspiration for starting this venture to our lessons learned along the way, and where we are now: searching for a space where we’ll make and serve our cider with the goal to open in the year ahead.

Like all good stories, ours starts with a problem. Risa was diagnosed with an autoimmune disease and could no longer eat or drink anything containing gluten. Instead of beer, she tried ordering cider. But all too often, it was a sweet and otherwise tasteless cider. She could barely drink more than one. 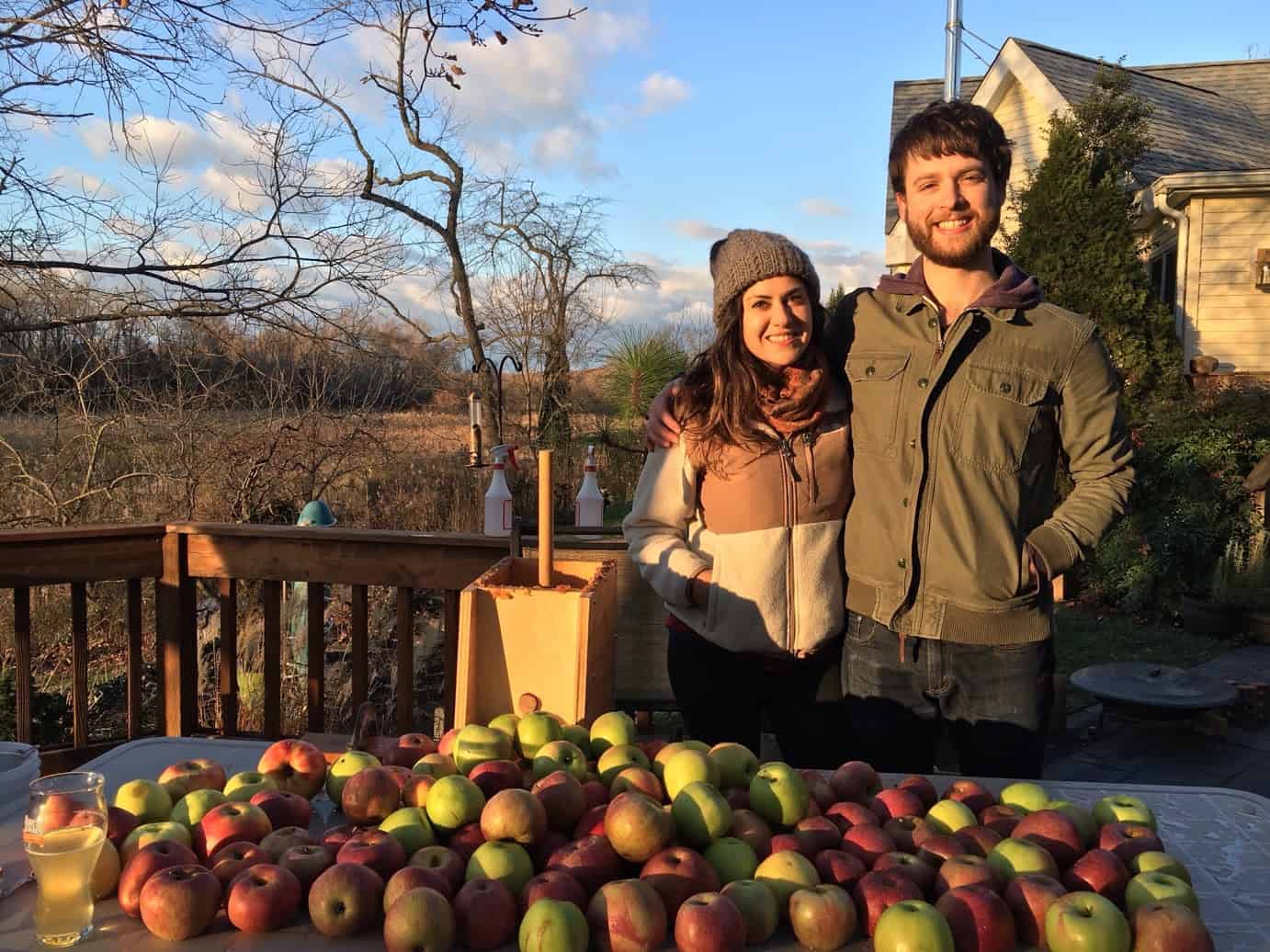 Soon after, on a fateful August night in 2013 at the Food Trust’s Night Market, inspiration struck. As we walked up and down a crowded South Street, we heard a voice yelling, “Drink apples.” We followed the voice to Frecon Farms’ booth and ordered two pints of cider. After one sip, I had a revelation. So this is what cider can be! It was earthy, a little sour and best of all, it wasn’t sweet.

Soon after, we made our first batch of cider and the wheels of Hale & True started turning.

We did the research. Cider was the fastest growing segment of the alcohol market and we knew the potential of what cider could be. We decided then that we would start a cidery, with the vision of making our new favorite drink more widely available. 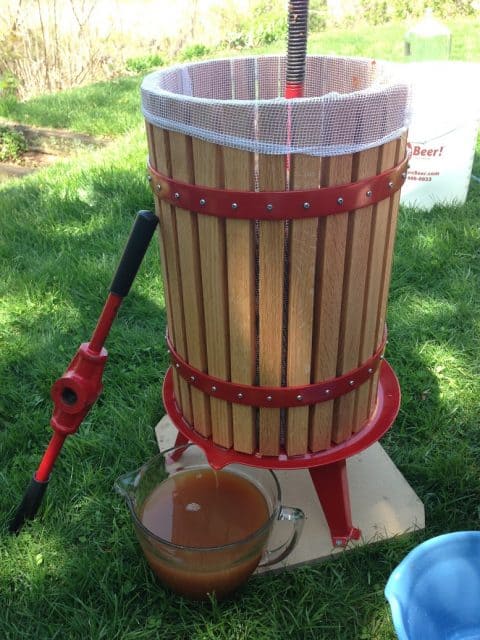 That put a lot of pressure on our first real batch of cider. I ordered The New Cider Maker’s Handbook and devoured every page of it. We bought the equipment: carboys, stoppers, airlocks, PH testers, a racking cane and a hydrometer. We made the big purchase of a cider press.

Then we recruited friends and family members to come to our first pressing at my parents’ house in South Jersey. I recruited my dad, a woodworker, to build a scratter to crush up the apples. Risa ordered the apples in bulk through our friends at Philly Foodworks. 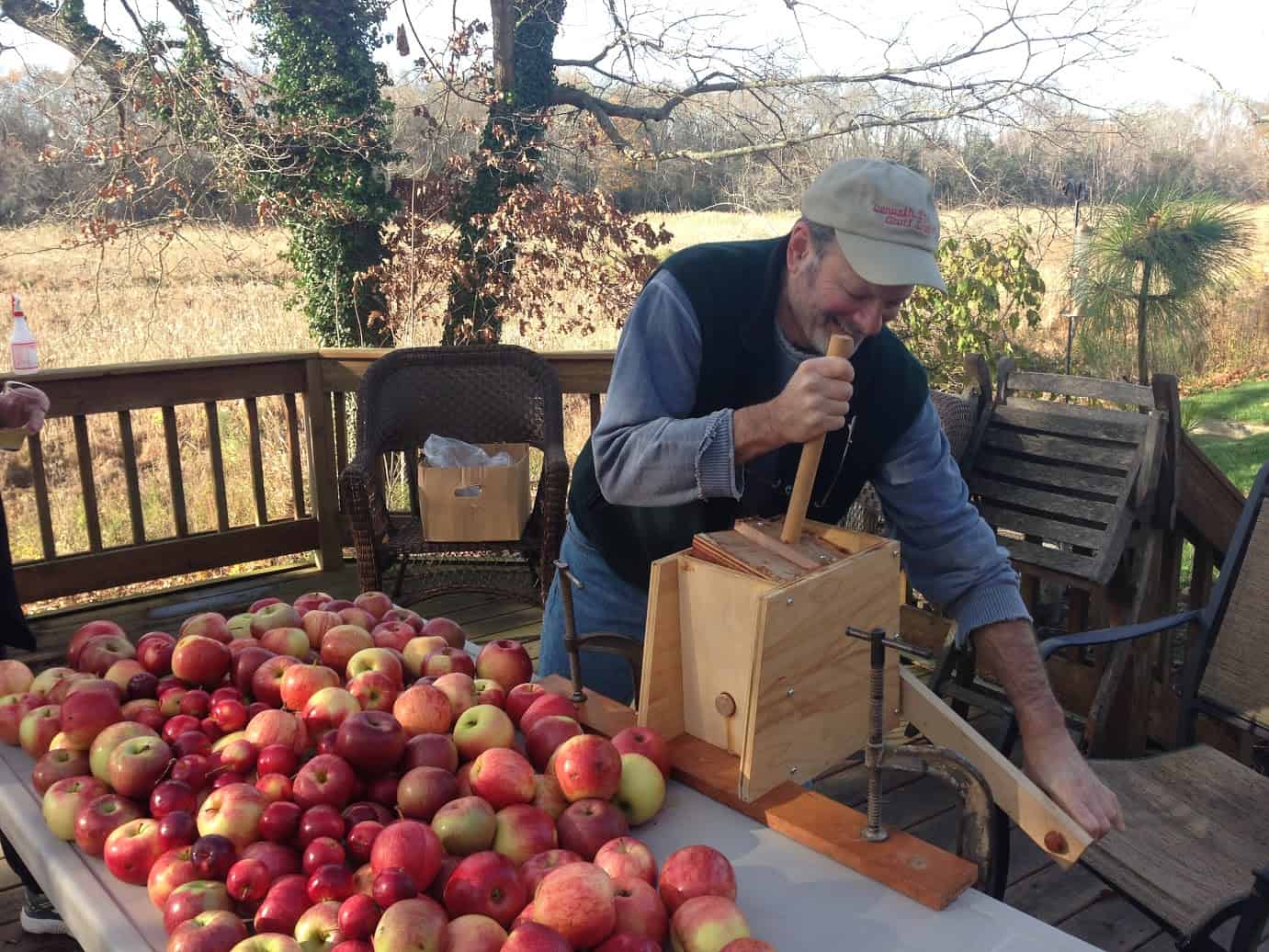 We got five different varieties and used them to make nine different one-gallon blends. Clearly, we were overly ambitious and it ended up costing us. If you are trying to make nine unique blends of cider, first, reconsider. Second, know that you can’t combine them and, in our excitement, we forgot to save any cider for topping after racking.

Oxygen is fatal to a fermented cider. Some of our tasting notes from that first batch include “smells of sulphur, rancid, undrinkable.” We were devastated. But we learned a valuable lesson. We needed to learn how to make a good base cider before experimenting. And that’s just what we did over the next few years.

One of the most important aspects of starting a business is learning everything you can about it. Very early on, Risa called up Frecon Farms and asked if she could volunteer with them. They were shocked because it was the first time someone had asked to volunteer. But Hank Frecon, president of the cidery, invited her out to the farm for a day. She ended up going back a few times, and the experience she gained was invaluable.

Time and time again, we’ve found that cider makers in the area are some of the most friendly, inclusive people around. They are invested in the industry, a shared vision and helping create a community of people making a good product. The more cider makers we talked to, the more we heard about Peter Mitchell and the Cider and Perry Academy’s courses at Cornell. So we signed up for the waiting list, and waited until the timing was right. 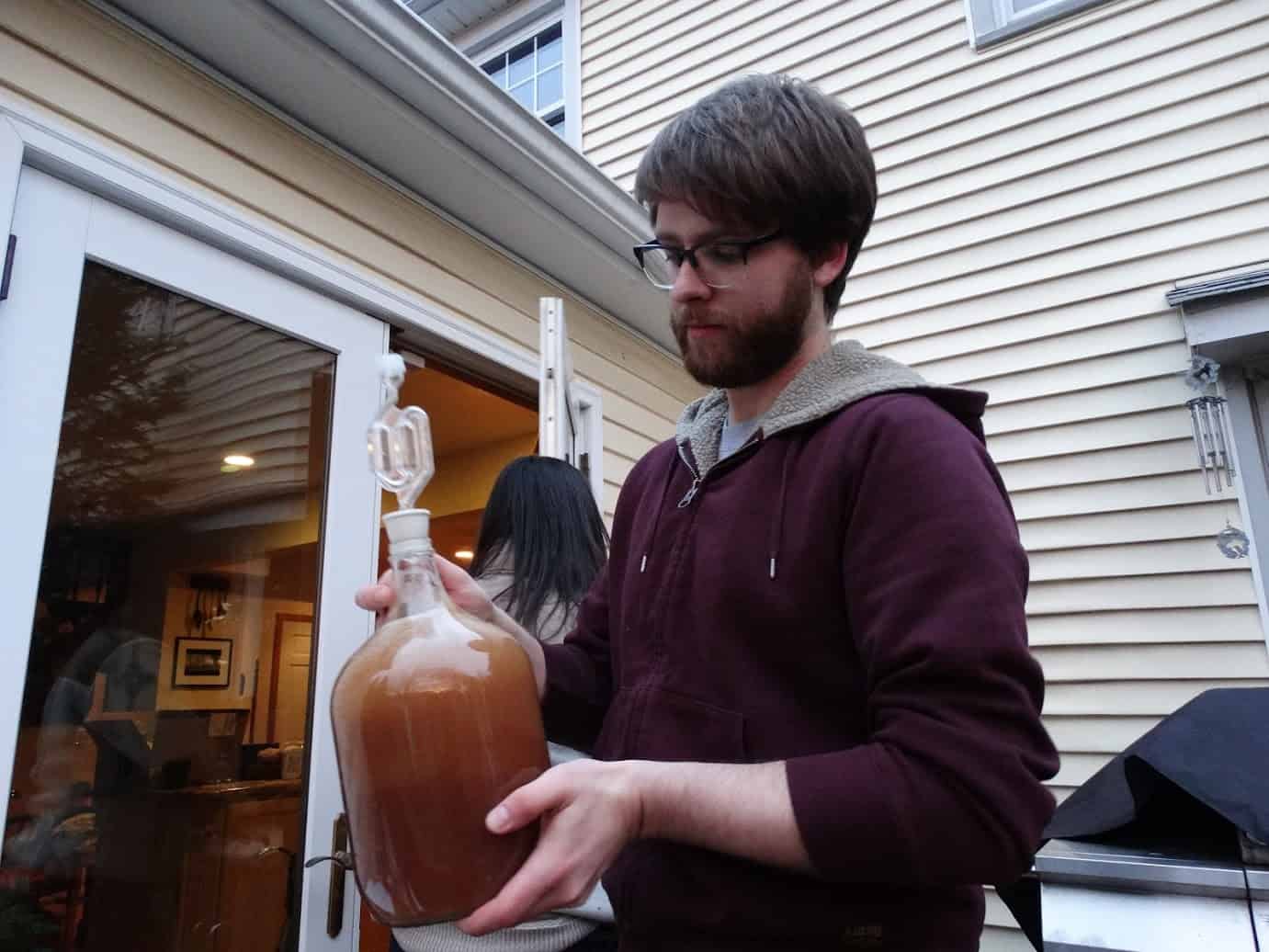 If you are looking to start a cidery, or just looking to learn how to make a good, consistent cider, the Cider and Perry Academy is a must. In May 2016, Risa and I booked a week “vacation” to the Finger Lakes in New York and enrolled in the class.

Those five days supplemented our experience making cider with technical knowledge from lab testing and cider microbiology to sensory analysis. Most important, we learned about quality control.

Fermenting cider is very similar to wine, but notoriously more difficult to produce. The difference with cider, besides its base being apples instead of grapes, is that it generally has a lower alcohol content, which makes it more prone to infections and flaws. Without a careful eye, cider can easily become sulphury or taste like a barnyard. These are things we can now confidently avoid thanks to our education and experience. 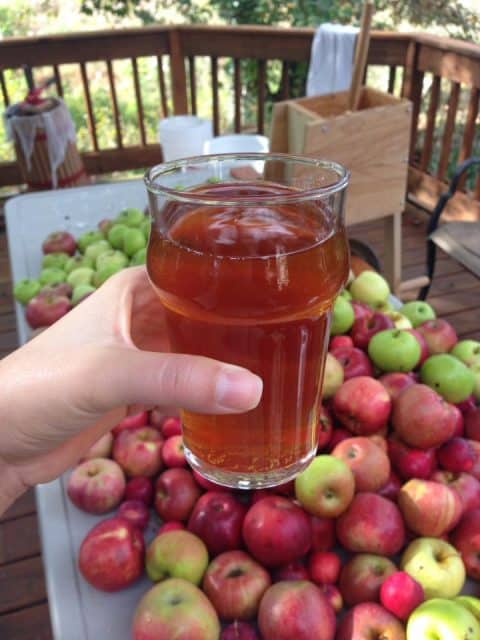 As we look for a building to lease, we’ve solidified our business plan, begun fundraising and are preparing to apply for our federal and state licenses.

This article is part one of three—my next installment will cover some of these logistics and the lessons that go with them. In the meantime, you can follow our progress on Facebook or sign up for our mailing list. I have a feeling 2017 is going to be a big year for cider in Philadelphia.