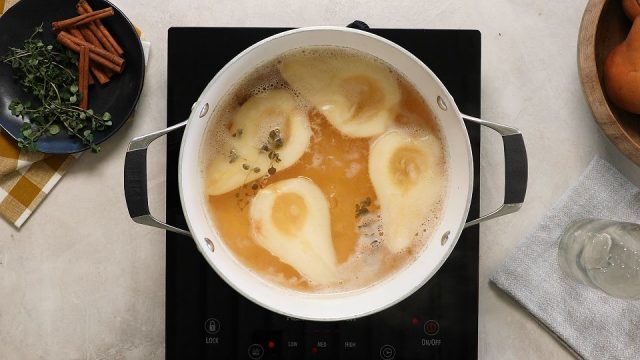 Poached pears are one of the most elegant (and easy to make) desserts — very French farmhouse. In our version, you first make a beautiful simmering syrup from hard cider, vanilla and honey, with some fresh herbs and cinnamon in the mix for extra depth. The pears take a long, luxurious bath in this heavenly poaching liquid, until their texture becomes luscious and velvety. To serve, just make a batch of honey-infused whipped cream (none of that stuff from a can, if you please) and dress with a spoonful of reduced cider syrup from the pot. Voila — a sophisticated dessert is ready to go in under 30 minutes!