“New Jersey, Come See for Yourself”: An Interview with Ironbound Cider

There are some pretty great things about New Jersey … not having to pump your gas, tomato pie and of course, Bon Jovi. Jersey’s next big thing is Ironbound Hard Cider. The cider, created at the intersection of the Newark metropolis and Garden State farmland, represents a state pride grounded in fine tradition. 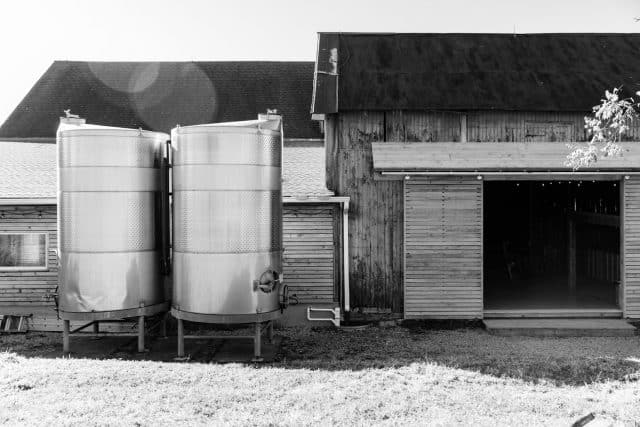 Charles characterizes Ironbound Cider as “a business born of place.” He explained, “We came to cider because cider was the very first … industry in Newark.” The people of New Jersey may not realize it yet, but they have every reason to rest on their laurels when it comes to cider. In the glory days, it was Newark Cider that George Washington praised as the “champagne of ciders.” Charles has faith that Ironbound will bring those days back.

When forming the business, Charles did so with its consumer, the “Jerseyite,” in mind. For example, a reason for canning the product was so locals could bring it to the shore, which wouldn’t be possible with glass. He contends that Ironbound’s focus on cultural branding is propelled by “this idea of, ‘Can we become this Jersey badge?’” He further clarified, “Powerful brands are such because they hold a symbolic value for a consumer.”

“It’s all about supporting a local economy,” Charles asserted.

Ironbound Cider has its roots at New Ark Farms, where a diverse community is built around growing apple trees. Charles’ focus on the farm is not only regenerative agriculture, but also urban renewal. By employing formerly incarcerated Newark residents, culture and economy are being built at every level. Charles expressed, “The cider becomes the vehicle to bring that all together.” 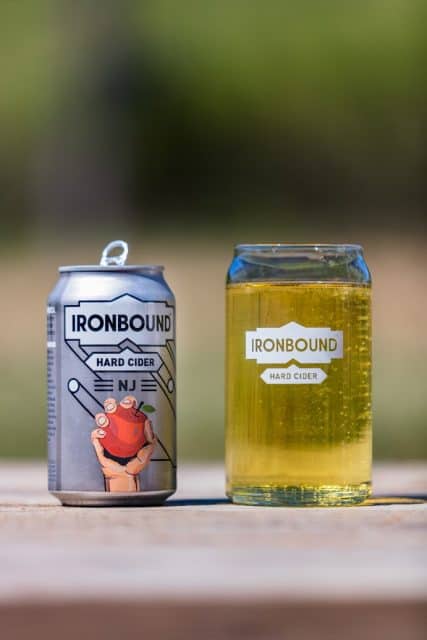 Ironbound Cider is refreshingly drinkable, and indeed appropriate for a day at the shore. With residual sugar at 2–2.5%, it isn’t too sweet, though it holds a bright taste evocative of apples. The fragrance of dark caramelized honey matches the deep golden hue of the cider. The acidity is delicately fused into the body, just enough to call it fresh.

Cameron trained at Robert Sinskey Vineyards in Napa Valley, and his rich experience has taken him through Napa to various wineries on the East Coast, yet he happily landed in the cider industry.

He once asked a mentor of his what makes a good wine. “It has to be seamless” was the response. It’s the same for cider. Cameron affirms, “It’s just there for enjoyment … it doesn’t interrupt your conversation. It tastes good front to back, there are no hollows, there’s no sharpness, there’s nothing that would take away from any pleasure you would have while you are drinking it.”

That seamless trait rings true in this cider. “We try for as fresh a character, and as real and true to the apple as we can possibly come up with.”

Cameron divulges his inspiration for their inaugural brand: “I wanted it to be a little bit like a prosecco. It enters with a slightly sweet character, and in the finish it leaves you with a wonderful fresh apple, very clean acidic end.” 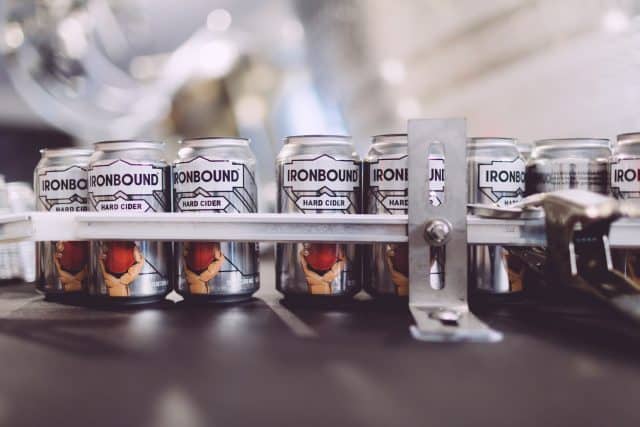 Cameron appreciates the liberties he can take as a cidermaker that aren’t found in the wine world. The possibilities of infusing such flavors as sour cherry and white pepper into the cider allows endless exploration.

Ironbound Cider is expecting to release a few new ciders this year. This summer Ironbound will be revealing its version of an Arnold Palmer, a black tea and lemon cider. This cider has a funky side that promises to be singular.

Another exciting emblem of New Jersey is Ironbound’s cider pressed completely from Harrison apples. This fruit was originally made famous by colonial Jersey boy Samuel Harrison and is what Newark’s cider reputation lay on. Cameron claims that Harrisons “are kind of magical apples.” After testing this batch he says, “I didn’t make any adjustments.” Ironbound will be releasing this single varietal in the spring.