From coast to coast and across the pond, women continue to find their place in the thriving cider trade.

For our 7th Women Making Waves feature, we asked three different women what distinguishes ciders and cider making in their regions: the west coast, east coast and Europe. 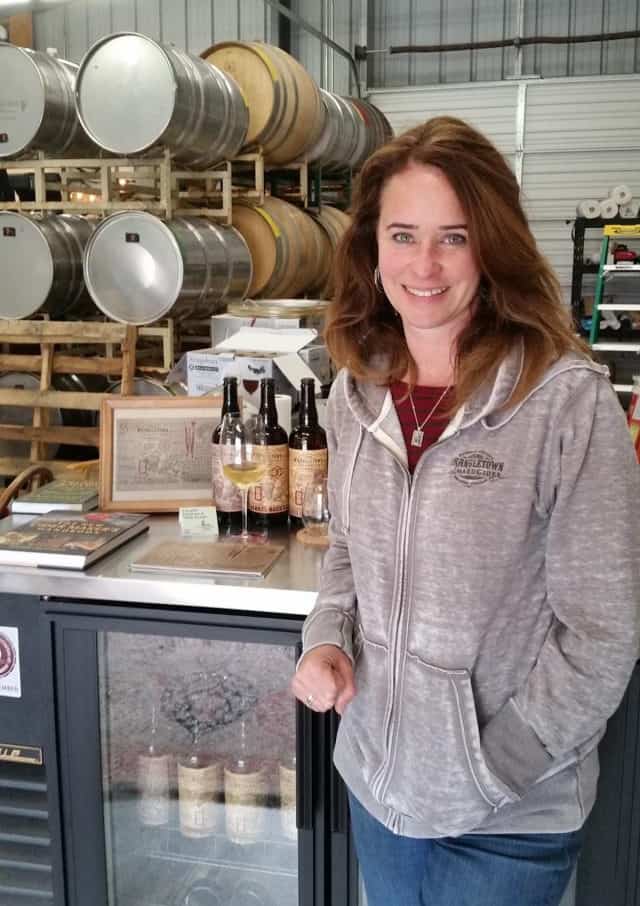 “I am in far Northern California, closer to the Oregon border than the Bay Area. A lot of people don’t realize that this area has a very rich history of apple growing and many old orchards around here contain the varieties that were developed in Humboldt County by Albert Etter, for example ‘Wickson’ is a great cider apple,” said Pat.

In her region, Pat has observed a very general trend for “big fruit flavor,” similar to many wines produced in California in the ‘90s and early 2000s. “I think as we age as an industry there will be an appreciation for more subtle and regional expressions of terroir, and the industry will designate different appellations for apple farming just as the wine industry has done for grapes.”

Pat’s impressive resume boasts more than 15 years of fermentation experience and includes training alongside top growers and Master Sommeliers. She shared some advice for women who may wish to follow in her footsteps.

“Get a solid understanding and background in fermentation, find producers you love and get an internship,” said Pat. “Travel to different regions in the world to see what they do, taste as much as possible and remember that you can spend your time making a cool product, but that you also have to sell it. Getting doors to open is sometimes more challenging for women in this industry, but don’t give up!” 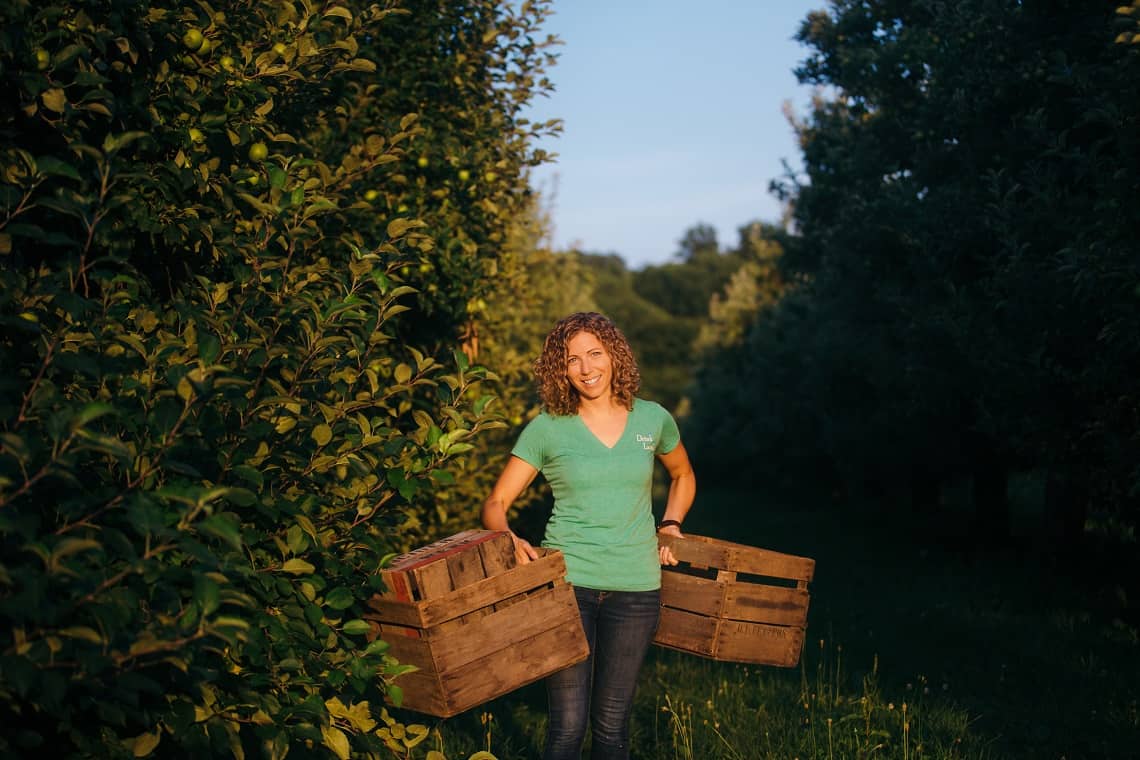 Carla Snyder is an extension educator for Penn State University’s Hard Cider Program in Adams County, the heart of apple country in Pennsylvania, on the east coast. When asked what distinguishes cider making in her region, Carla quickly point out the sheer magnitude of local production. “Seventy percent of the state’s apples are produced in Adams County, and Pennsylvania is the 4th largest producer of apples in the nation, so this is no small industry here.”

Having come to cider through a background in business development, Carla’s success serves as a great example of the diverse roles for women in cider.

“I began investigating cider as a way for family-owned orchards to diversify while utilizing the same equipment, marketing channels and labor that were already involved in other arms of the business,” Carla explained. “The more I investigated, the more questions and interest I received and, in 2014, was able to launch our Penn State Extension Hard Cider Program.”

Not only is Carla’s cider region characterized by volume of production, they are also thinking on a global scale.

“The collaborative nature of the global cider industry is really what has me excited currently, “ said Carla. “Cider makers across the U.S. and Canada as well as in England, Spain and New Zealand have been so very kind and welcoming to me personally. This year we are expanding our International Cider Tour Series and leading cider makers through New Zealand in February.”

Carla’s advice for other female cider enthusiasts? “Be open, welcoming and helpful. The cider industry, like many other agricultural industries, is full of some of the best people. If you are open to going all in and helping out, it will be appreciated and together we can bolster cider to greater heights.” 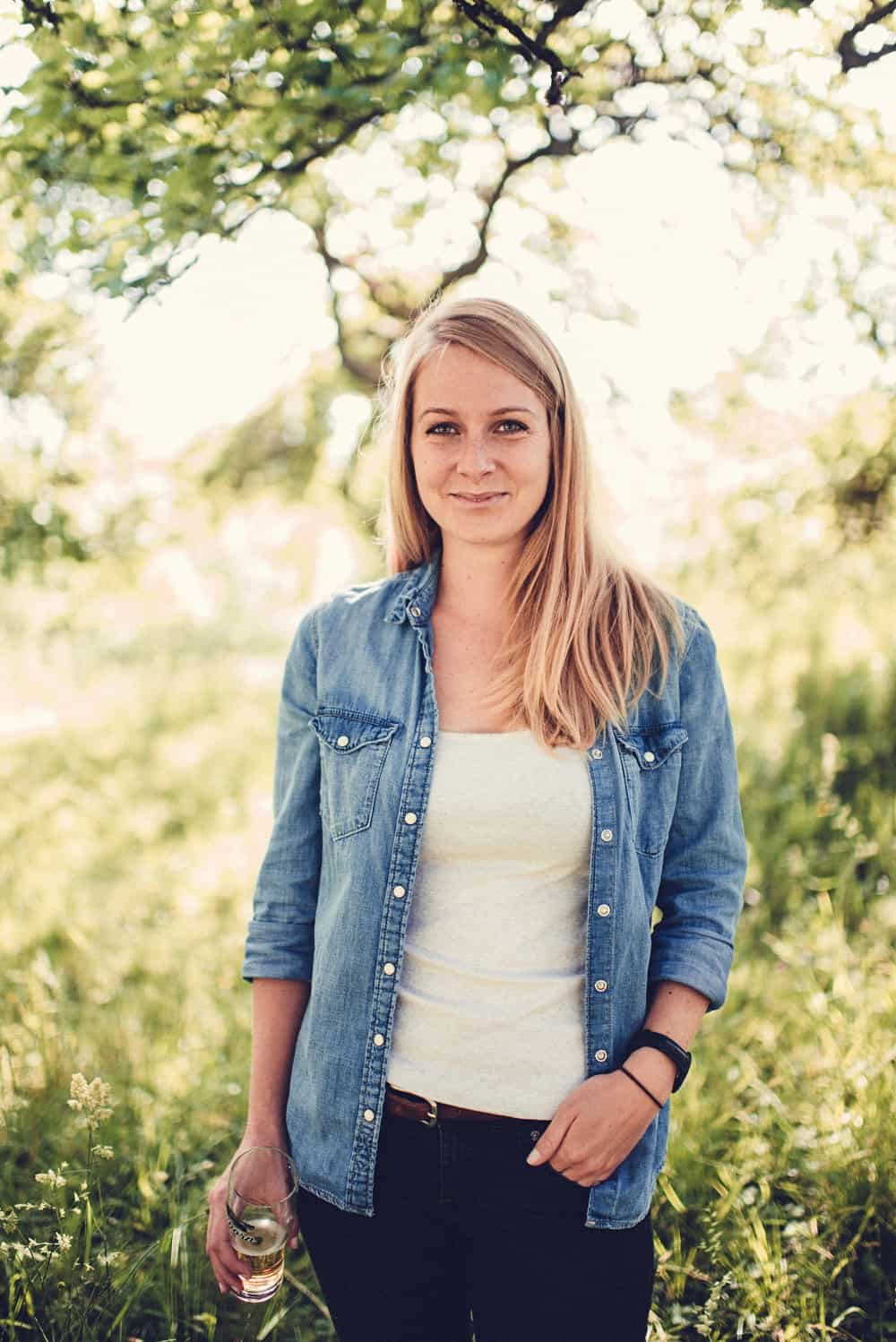 The award-winning Ramborn Cider Company is located on a family farm in the small European country of Luxembourg, bordered by Belgium, France and Germany. The official languages are French, German and Luxembourgish, the main working language in rural areas (like where the Ramborn farm is located). Caroline Riplinger is their head of production.

Speaking of cider in her own region, Caroline said that, for now, it’s not very well known at all, but growth is strong.

“Cider isn’t just a trend. It’s increasingly becoming a more stable feature of the drinks market, with very wide appeal. And we get asked so often whether our cider is gluten-free (it is!) – or questions about other intolerances,” said Caroline.

For Ramborn, people drinking their cider are buying and drinking products from the region. Caroline expressed that, more and more, people need to know where their products come from. “Here [at Ramborn] we can show them exactly where the apples are from.”

Ramborn is not only the first modern Luxembourgish cider company, but they are also launching in the U.S. this year, kicking off in Wisconsin August 12-13. “There are a lot of people in Wisconsin with a proud Luxembourgish heritage,” said Caroline.

To mention another great cider region, Caroline’s first contact with cider was in Australia.

“I was on the east coast of Australia, and it was just a refreshing drink to enjoy while travelling.

It wasn’t until I started my Master’s degree with a winemaker in Luxembourg that I came into contact with cider—at that time, Ramborn was just starting out.

I learned the technical process of fermentation from winemakers, but during my thesis I refined an approach for fermentation, maturation and bottling cider. Since then, I’ve worked closely with Peter Mitchell at the Cider and Perry Academy to go further in depth, focusing on making really good cider,” said Caroline.

When asked what she thinks makes European ciders distinct from U.S. ciders, Caroline had little exposure to U.S. ciders to speak of.

“That’s difficult for me, because we don’t get any U.S. ciders out here. It’s also difficult to put European ciders together. In other parts of Europe, you have British Cider, French Cidre, Spanish Sidra, German Apfelwein—all completely different to one another, with variations within them, and all with their own distinct characteristics. Here in Luxembourg we are just beginning to discover what’s possible with the traditional apple varieties that grow in the region. It’s an exciting time to be a cider maker!”

Are you a woman making a splash in the hard cider industry, or know someone who is? Contact us at info@ciderculture.com and tell us more!