The cider industry today is less of a boy’s club than in the 2010s, and many conversations and actions around diversity and inclusion have been shared and have happened in the past few years. However, the world of professional alcohol sales and production can still be an unsafe space for female-identified people, and a network of mutual support is a super-valuable resource. The private Pomme Boots Facebook group is home to nearly 470 members who use the platform to ask each other questions, troubleshoot, and to share victories and frustrations. Members also meet up in real life at events, conferences and outings.

Pomme Boots was founded by Jana Daisy-Ensign, Jennie Dorsey and Gemma Fanelli. Here is some background information about who each of these powerhouses are, and how they got into fermented apple juice. 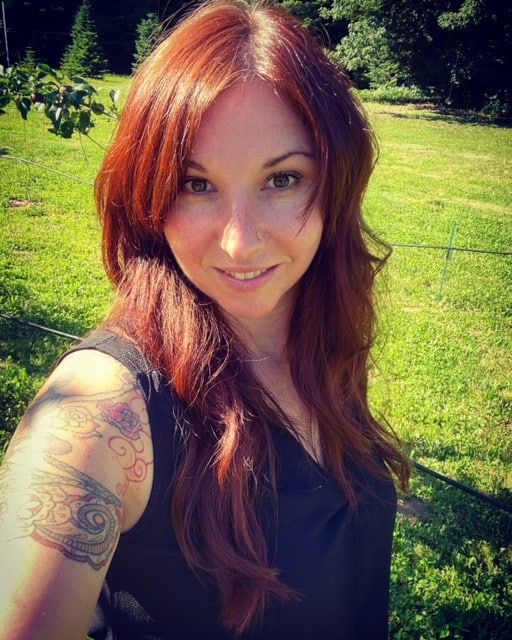 Jana Daisy-Ensign has a background working in nonprofits and in craft beverages, and she is now the Program Manager at Northwest Cider Association, helping to promote and advocate for the association’s members across the Pacific Northwest, Idaho, Montana and British Columbia. She also freelances as a cidery sales and marketing consultant, and she is a cider judge, Certified Pommelier and a published category writer. She is deeply passionate about cider and community, and in 2019 was named the inaugural recipient of PICC’s NW Cider Leadership Award.

“Working in craft beverage for many years (and through two pregnancies!), I have garnered quite an array of experience and insight. For me, part of what has been so exciting about the cider revival has been the opportunity for the cider category to be re-envisioned by a more diverse and representative group of people than those more established sectors of the beverage industry (i.e., spirits, beer),” Jana says. Jana is also a certified yoga instructor and has led Pomme Boots’ popular Yoga + Cider events. 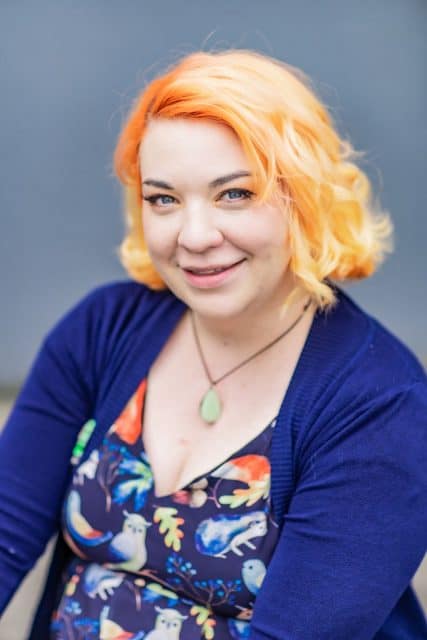 Always recognizable by her candy-colored hair, Jennie Dorsey has been on the cider scene for over a decade in a number of different roles. She’s worked for Schilling Cider House and Tieton Ciderworks, and she is also the American Cider Association’s Cider Education Outreach Manager. A true champion of craft cider, she was named Cider Server of the Year by the ACA in 2018, and is a Certified Pommelier.

Jennie clearly has an abundance of enthusiasm for the Pomme Boots mission, and traces her start back through relationships with some of the Pacific Northwest’s biggest names in the business.

“One of my favorite memories is when I was still quite young in the cider world and Craig Campbell took me on a tour of his cider and perry orchards. The crisp, late-summer air was fragrant with ripening fruit, and the sun was high, illuminating the labored branches. And then we began sampling. He would grab a piece of fruit and cut off a sample with his pocket knife and hand it to me. We did this over and over, canvassing the orchards. While I had experienced ciders and perries made from some of these varietals, I had never had the true fruit. My palate was in heaven! Even the fruits labeled ‘spitters’ were so intoxicatingly delicious. I knew that I loved cider before then, but it was not until that moment that I knew this beverage had to be in my life.” Jennie is locally beloved for her cider tours on bicycle. 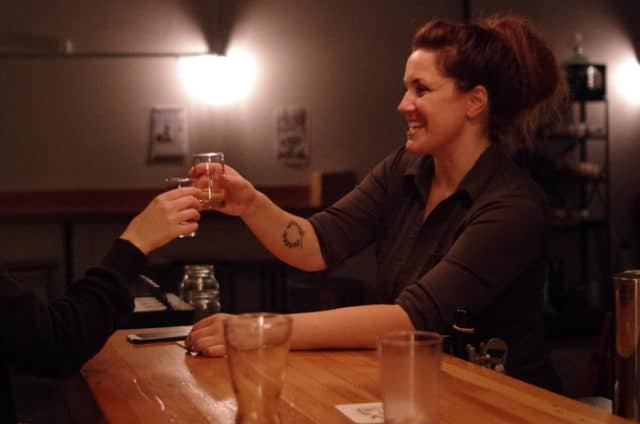 The third visionary for the Pomme Boots Society is Gemma Fanelli, an Italian-speaking foodie from a large farming family. A chef and all-around restaurant industry pro, Gemma has worked for a number of Portland institutions, like Reverend Nat’s Hard Cider and Alter Ego Cider, as well as Pizza Thief, where she is currently Director of Operations. Similar to Jennie, Gemma attributes a moment of discovering heirloom fruit as being key to embracing the cider industry.

“In the fall of 2014, I accompanied my friend and Rev Nat’s co-worker, Kate Coulton, apple picking at Skurdahl Farm in Sherwood, Oregon. She had done this work for Nat before and she was teaching me the protocol. I was surprised to find that there was no ‘picking’ involved at all! We crawled around on the floor of the orchard, sorting through already fallen fruit, throwing rotten apples to one side and good (enough) apples into the crates. My first bites of a Kingston Black, Dabinett and Yarlington Mill proved these apples are truly ‘spitters.’ I remember we collected 34 crates that day of heirloom cider apples; the smell of fermenting fruit filled my nose, I was covered in dirt, grass and decaying apple remnants from head to toe, my muscles ached, but I felt absolutely invigorated and satisfied.” 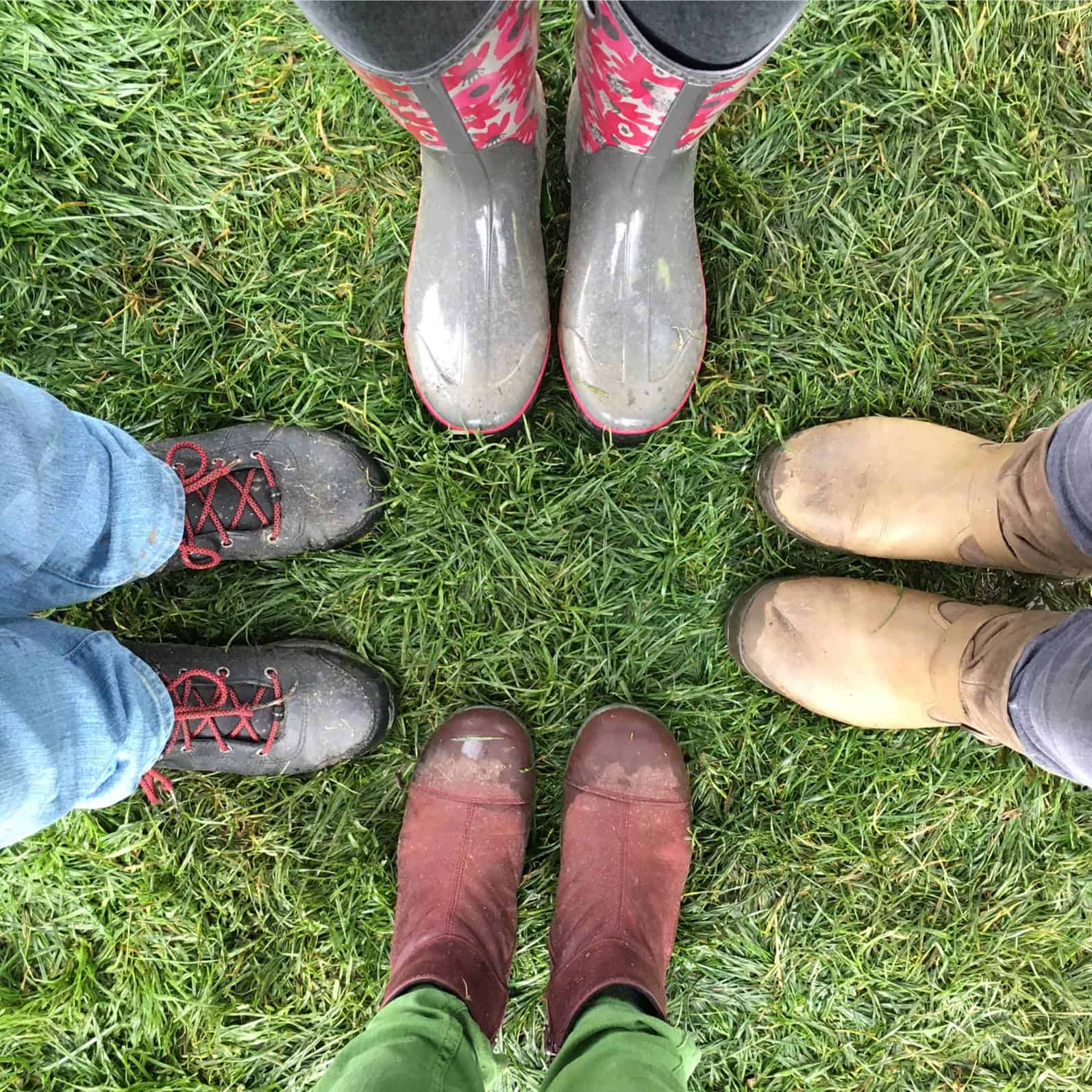 If you’re interested in joining up with Pomme Boots, head to the Pink Boots Society and choose Pomme Boots as your chapter. Until recently, the chapter designations have all been geographical (with the option to only choose one), but with the addition of Pomme Boots specifically, there is an ability to have regional, national and international connections with other women in cider and to network locally, as well as cross-pollinating ideas and resources with women in other fermented beverage arts. The membership fee for the year is $47 for professional members (those working in the industry) and $26 for “aspiring” members, who are studying/training for a career in the industry. This includes affiliation with one chapter, and each additional chapter is a $10 add for the year. Existing Pomme Boots members are encouraged to migrate over to the Pink Boots Facebook group and become active in that forum.
“It’s an exciting time for women in cider to get active here, as Pink Boots has the established infrastructure to allow for us to build out scholarship and internship programs (this is some of their hallmark programming for women in beer) and they are eager to learn more about cider/how to support women in cider (now as part of their community),” says Daisy-Ensign. “I think this is going to be the organizational backbone we need to be able to do more collectively.”

Three cheers for the women who founded Pomme Boots! We are so grateful for this organization and all of the people its brought together over the past seven years. Here’s to seven more!