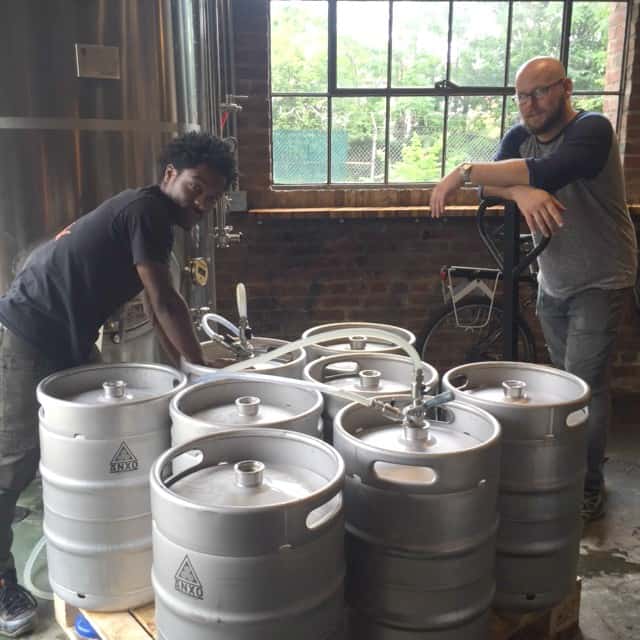 Cidre Blanc is ANXO’s new flagship cider. This batch was made exclusively from 100% GoldRush apples from Winchester, Va., then fermented in stainless steel with Sauvignon Blanc yeast. ANXO describes this tasty cider as offering “bright acidity with notes of juicy peach, apricot and lemon, balanced by subtle tannins.”

Future iterations will be predominantly made with GoldRush apples, but will likely have some other apples worked in, as well. It is referred to as a “bright” cider, as it is acidity driven and super refreshing.

It's #CidreBlanc release day! Kennedy Street is already open with coffee, breakfast sandwiches, the release of the first six Kennedy ciders including Cidre Blanc and five foraged ciders and we've got these beautiful bottles of Transcontinental for sale to-go! #MadeinDC #cider #foraged

The cidery currently has 60 kegs of Cidre Blanc, all being served at each of ANXO’s three locations. Eventually, the cider will begin to show up at other local Washington restaurants and bars.

“We’ll be packaging the second batch in early October, and this version will make it into 12-ounce cans,” says Sam Fitz, director of operations at ANXO Cidery. “The response from customers has been amazing. People comment on how bright and refreshing it is and it immediately became our top seller.”

ANXO has a tentative release party for late October currently on the books, with a possible harvest festival at the Kennedy Street location.