As the second-largest city in the Southeast, and as a long-standing banking hub and emerging technology hotspot, Charlotte is a bustling, modern metropolis that encapsulates the New South and attracts people from all over the world. This eclectic diversity has made Charlotte one of the hottest food cities in the U.S., ranking above other Southern favorites, Charleston and Atlanta. 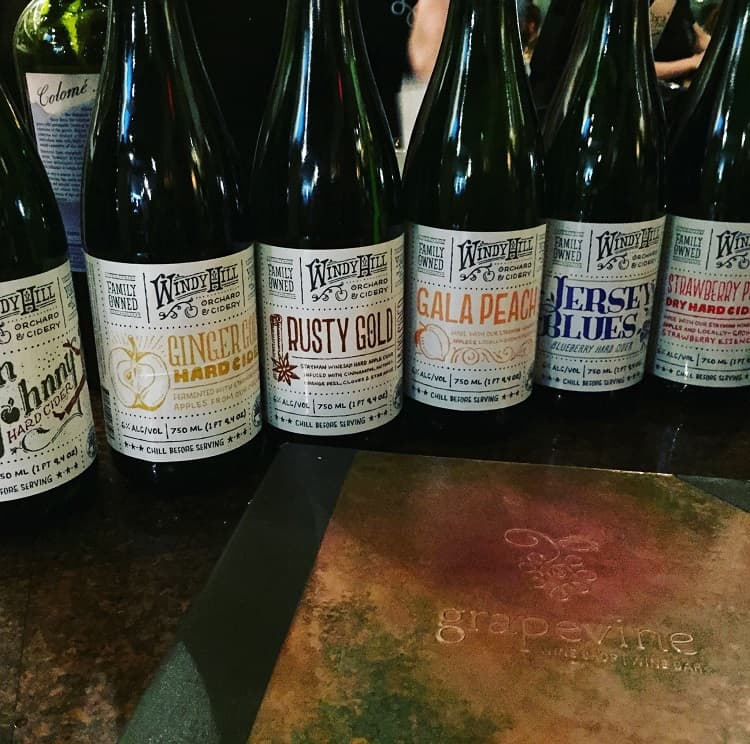 Two of North Carolina’s 18 cideries call Charlotte home, as the state’s cider scene continues to grow. The city is one of the largest apple producing areas in the country, with 200 commercial apple operations producing four million bushels of apples every year. So, pack your bags for a visit, and prime your taste buds for a smorgasbord of flavors — especially pimento cheese, as Charlotte is known as “The Pimento Cheese Capital of the World”! While you’re there, consider catching a professional football, basketball, lacrosse, soccer, or hockey game, or maybe a NASCAR race during your stay in “The Hornet’s Nest.” 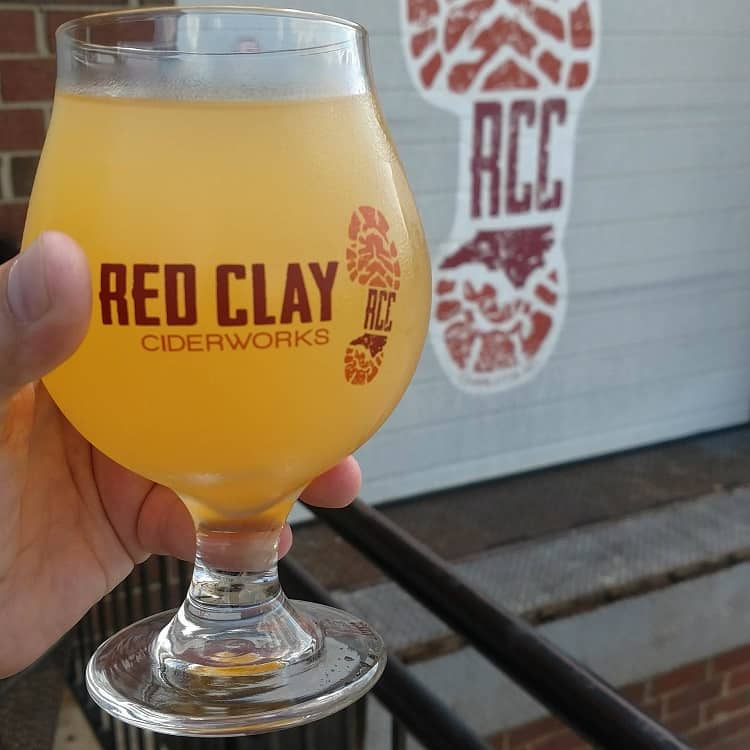 A Kickstarter created by now-owners Jay and Deanna Bradish brought this 20-years-in-the-making cidery to life in 2014, making it the city’s first cidery. The husband-and-wife team decided to take their garage cidery to the next level after family and friends ran them dry, over and over. Red Clay Ciderworks now produces seven small-batch ciders in its industrial space/taproom, with seasonals to round out its offerings. 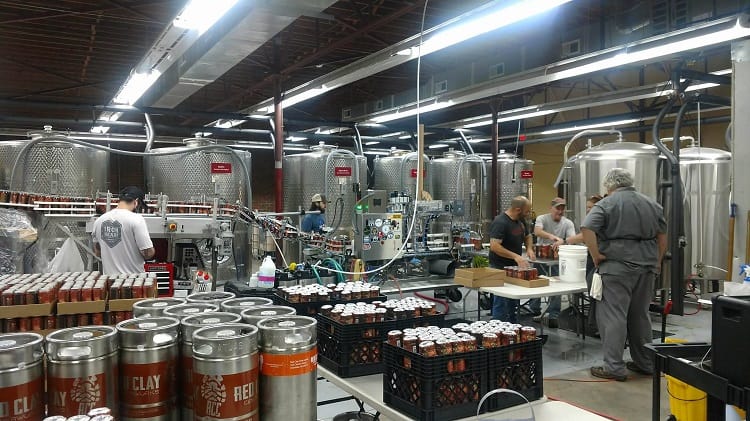 All the ciders start with North Carolina apples, and Red Clay shows love to its city with two ciders, Queen City Common and The South End, a shoutout to the cidery’s location in one of Charlotte’s hottest neighborhoods. Jay and Deanna also pay homage to their home state of Michigan with Cherry Bobbin’ Trolls, a cider made with Michigan cherries. Be sure to check the cidery’s calendar for fun events like Sunday brunches, cheese or cookie pairings, on-site cider making workshops and even occasional tapestry weaving classes. 245 Clanton Rd., Charlotte; (980) 498-0676 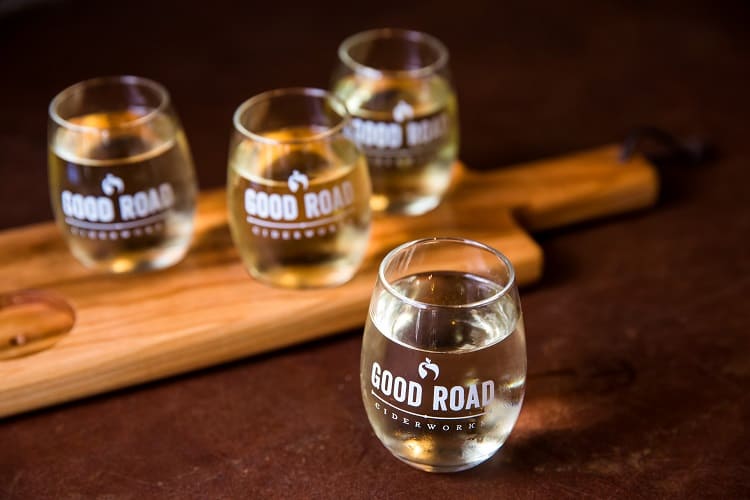 Just a mile away from Red Clay is GoodRoad Ciderworks, which also produces several meads, along with some single varietal ciders. GoodRoad is located in a modern barn-style space, complete with stunning reclaimed wood tap wall, beams and bar. It serves up peach, pear and blueberry ciders, but don’t miss the Waymaker, made with 16 pounds of fresh ginger. This establishment likes to keep its calendar full with paint and trivia nights, fitness classes, live music and, of course, food trucks — the city has over 100 that dish out a wide variety of cuisine. The South End neighborhood even hosts its own food truck rallies on Friday nights, with winter months made cozy with fire pits and s’mores carts for noshing pre- or post-cider stops. 117 Southside Dr., Charlotte; (980) 237-7225

Technically, Daidala Ciders is based in Asheville. But, this nomadic cidery has partnered with Red Clay Ciderworks to produce its unconventional ciders, including several barrel-aged ciders like Barrel Bruiser, a blackberry and blueberry cider clocking in at 7.5% ABV. Pick up Daidala ciders at one of Charlotte’s top bottle shops, like Salud Beer Shop or The Hop Shop (coffee and beer together at last!). Or stay in the South End and hit Brawley’s Beverage before or after exploring Charlotte’s cidery taprooms. 4620 Park Rd., Charlotte; (704) 521-1300

Drinking and Dining in Charlotte

If you want to pair your cider with tasty food, add these three stops to your itinerary: 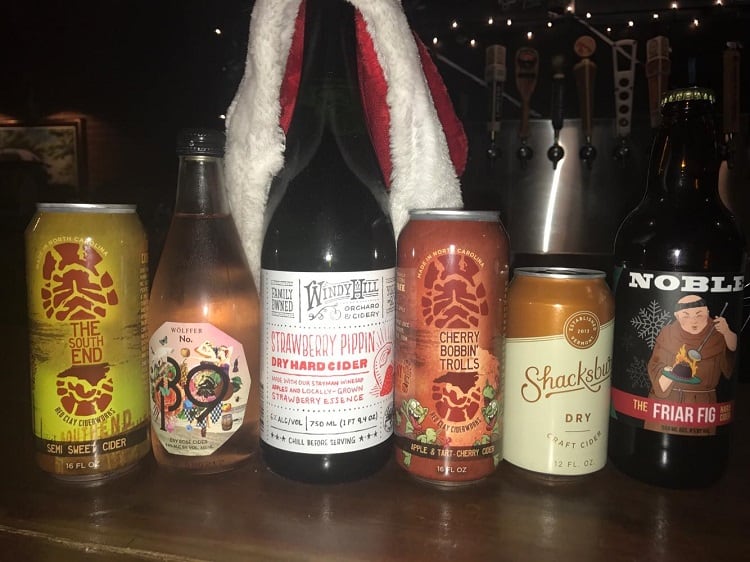 The Common Market: This multi-purpose space combines a deli, coffee shop, bar and convenience store. It features live music on the weekends and also carries vinyl records. Look for the painted bench, and come back in the morning to what’s been called one of the best inexpensive breakfasts in town, thanks to the Later Hater, a pimento-cheese-laden grilled breakfast sandwich with your choice of protein. 2007 Commonwealth Ave., Charlotte; (704) 334-6209 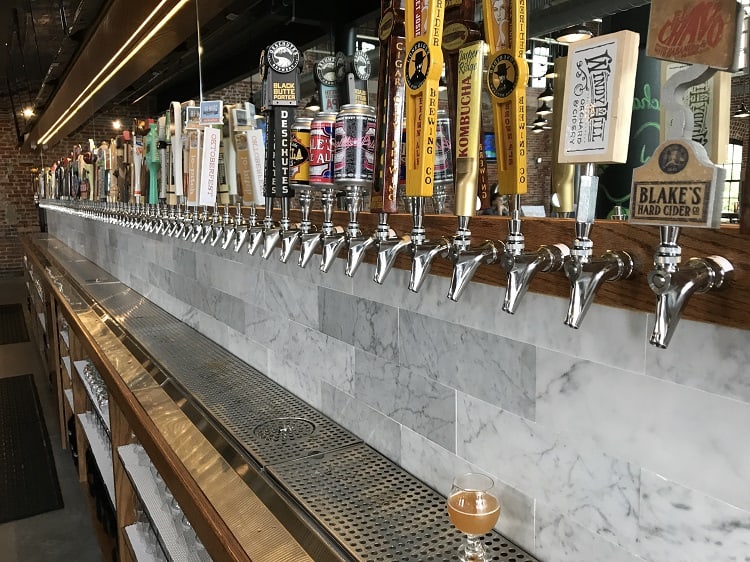 Cider in the Great Outdoors

Fall and cider go hand-in-hand, so plan your Charlotte cidercation for the first weekend of October when you can attend the annual Charlotte Cider Fest. The festival takes place at one of the city’s premier outdoor venues, Rooftop 210. Attendees enjoy sweeping city views along with cider samples and cider cocktails featuring several North Carolina ciders, plus selections from some of the largest cideries in the U.S. 210 E. Trade St. Charlotte; (704) 526-0848 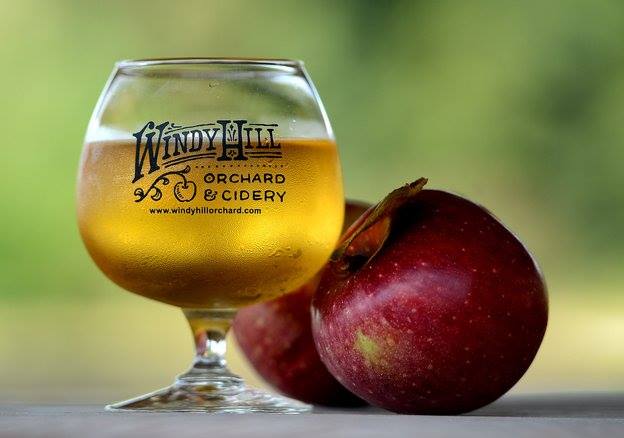 Or, throughout the fall harvest, take a little 45-minute day trip to Windy Hill Orchard & Cider Mill, which boasts a Hard Cider Bar (Saturdays only) that’s been churning out the apple craft beverage for more than 20 years. While you’re there, be sure to pick your own apples and munch on some apple cider donuts and other delicious apple products. 1860 Black Highway, York; (803) 684-0690

We wouldn’t be surprised if more cideries, cider bars and cider restaurants pop up in cosmopolitan Charlotte in the years to come, so keep an eye on the Queen City!