Where’s the most epic place you’ve ever enjoyed a cider? We’ll bet even your top contender isn’t quite as wild as sipping a cider aboard a giant train on a mountainside in Alaska … are we right? 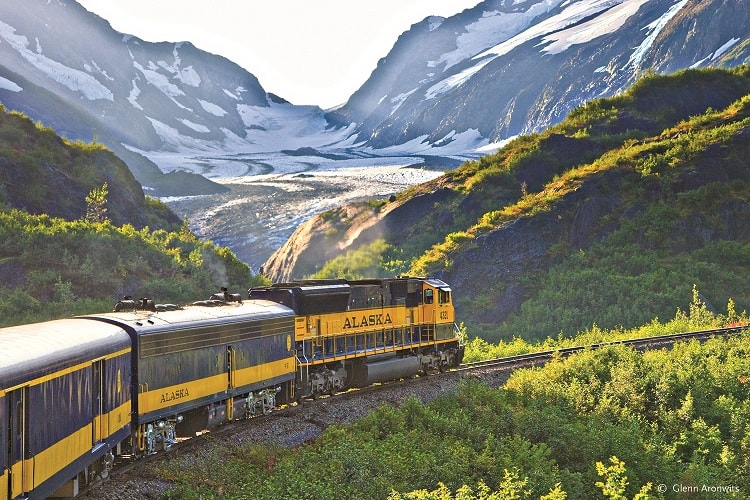 Time to pull out your bucket list because here’s something new to add to it: Aboard the Alaska Railroad, which runs along 656 miles from the Gulf of Alaska to Fairbanks, you can order a Double Shovel Cider in the dining car.

So, while you’re carving through some of the most astounding wilderness and natural scenery, (think: views of Denali, wildlife, glaciers and the second-fastest moving tide in the world), you’ll also be enjoying a local cider from Alaska’s first micro-cidery, located in Anchorage. Double Shovel’s ciders are crafted with apples from Alaska and Washington State.

If you’re visiting Anchorage, Alaska, Double Shovel also has a tasting room. But, there’s something about the idea of being aboard the Alaska Railroad, whether for a day trip, a special event or just to get from one place in Alaska to another, that’s captured our imagination. The train isn’t an ordinary commuter rail — it’s a super-comfortable, customer service-oriented way to travel and take in Alaska’s incredible scenery. And, the fact that there’s local craft cider on board just makes it all the sweeter. All aboard! 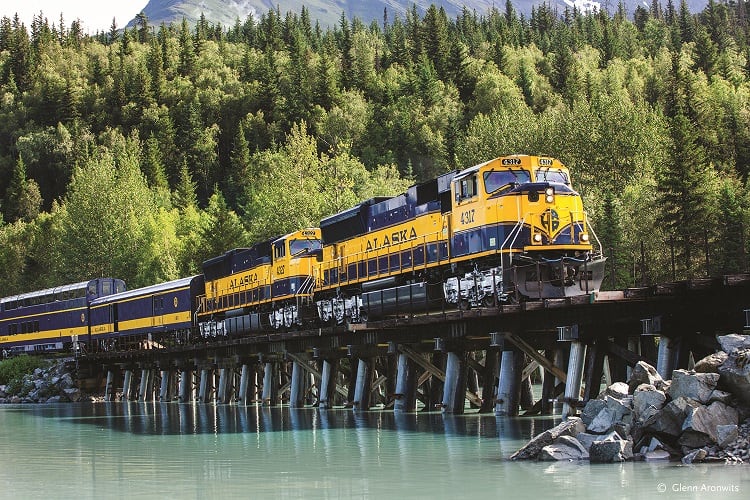