Newtown Pippin grows sweetest in the Pajaro Valley (Santa Cruz County), where the coastal climate is warm and dry throughout the ripening season, resulting in cider with great structure and a hefty 8.4% Alc. by Vol. ?? This single orchard cider is full, yet crisp on the palate and tastes like caramelized honey, apple skin, peppercorns, and apple brandy. Available throughout CA and OR on draft only, so tag your local watering hole. – – – – We’re excited to debut this terroir-driven cider in PORTLAND at @cidersummit #PDX this weekend (Sat & Sun) and @bushwhackercider for a Meet the Maker event on Friday, 6/29 from 5-8 PM. The cider will be flowing tonight at @belmontstation for a GSC event. Portland friends, we hope to see you there!

“There are so many distinct apple-growing regions in California, as each region has a drastically different climate that imprints a signature on the apples grown there,” says Tim Godfrey, Head Cider Maker for Golden State Cider. “With the launch of the California Farms Cider Collection, we are excited to work directly with apple farmers and bring to consumers the true cider terroirs across our home state.”

Newtown Pippin is a select cider made from 100% Newtown Pippin apples harvested in 2017 from The Five Mile Orchard, an orchard that has been growing apples for nearly a century! Single varietal ciders, such as the Newtown Pippin, are unique in their ability to capture an experience based around a specific variety of apple from a specific time and place. 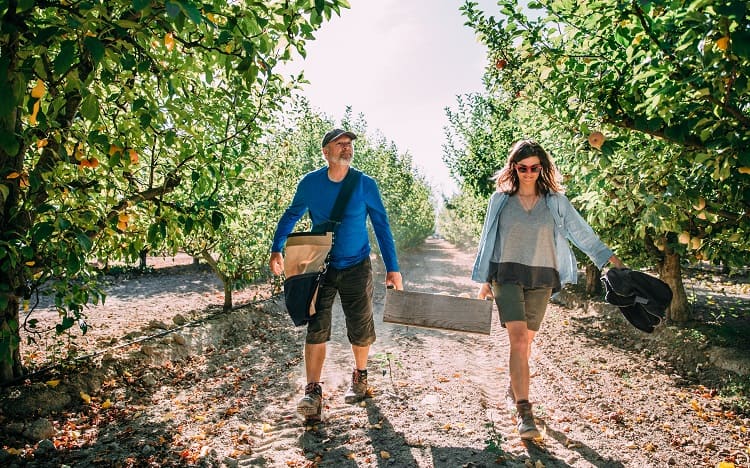 Jolie Devoto-Wade, co-founder of GSC, with her dad, Stan

The cider starts with an aroma laced with rich notes of honey, melon, lemon, lime and grass. The mouthfeel is full, yet crisp, likely due to the cool marine air that flows through the valley at night. Tasting notes include caramelized honey, apple skin, peppercorn and apple brandy. Add in the fact that this cider boasts an ABV of 8.4%, and you’ve got a flavorful cider which packs a powerful punch!

Grab a taste of Newtown Pippin when you can, and be sure to stay in the loop as to the next cider release in the California Farms Cider Collection series.