Martinelli’s — you know, that company that makes the amazing foil-topped sparkling cider that you buy for your kids and then secretly steal sips of — is celebrating its 150th Anniversary, and it’s doing it in style. To commemorate this momentous occasion, its parent company, S. Martinelli & Company, is releasing 1868 Hard Cider! Believe it or not, hard cider was the first product made by Martinelli’s, which it stopped making once Prohibition laws went into effect in 1920, then started making again after it was repealed, but then retired for good in 1978. 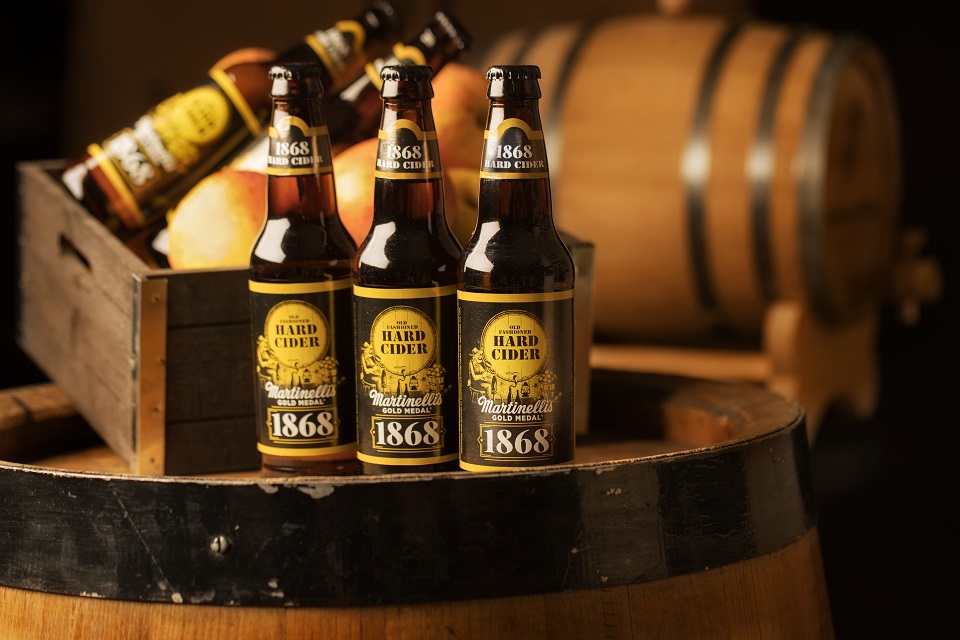 Currently only available via limited distribution on the West Coast, this fresh-pressed hard cider is named after the year the company was founded.

“We are very excited about the launch of our 1868 Hard Cider. It’s a great way for us to celebrate Martinelli’s rich heritage, as most people don’t realize that we were founded as a hard cider company in 1868,” explained Gun Ruder, president of S. Martinelli & Company.

Martinelli’s crisp, tart-sweet apple juices come from a unique blend of premium apple varieties, including Newtown Pippin, Gala, Fuji, Granny Smith, Jonagold, Mutsu and Honeycrisp. According to tasting notes from the company, the 5.7% ABV cider has “a slightly sweet, crisp flavor, contains no added water, concentrate or preservatives, and is fermented with no additives of any kind.” 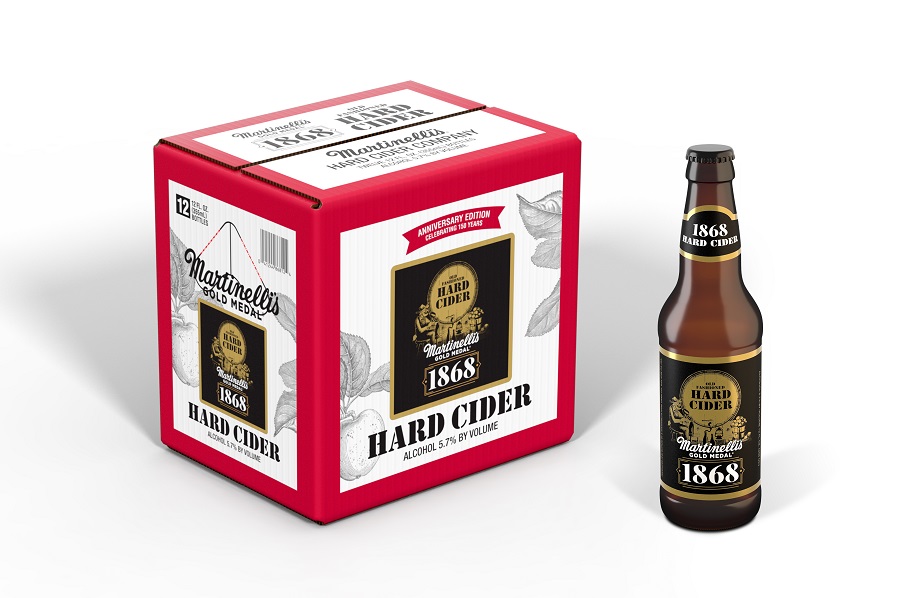 If you live on the West Coast, keep an eye out for Martinelli’s 1868 Hard Cider, and if you try it, let us know what you think!