Stormalong Cider, an orchard-based cidery in Sherborn, Massachusetts, has just released two new ciders and upgraded its entire core lineup from 12- to 16-ounce cans. Oh, words cannot express how much we love crushing tallboys of cider in the summertime! 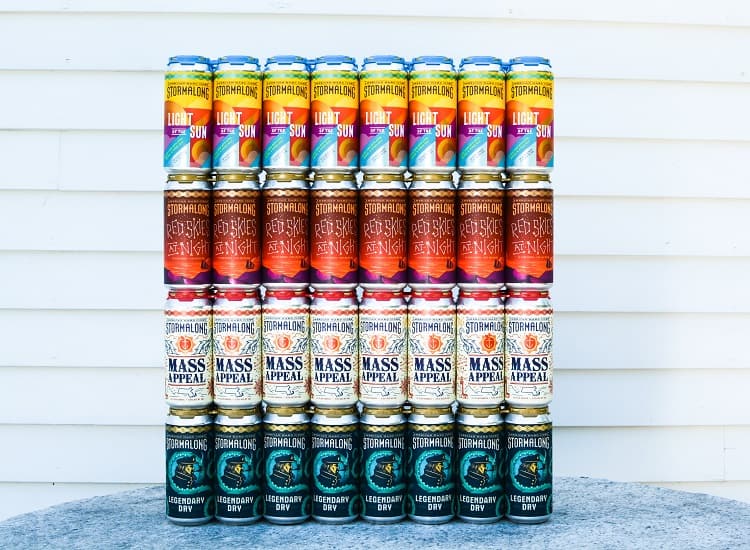 “If you’re selling a craft product in New England, the consumer preference is solidly 16-ounce cans,” says Shannon Edgar, Stormalong’s founder and cider maker. “We’ve been talking about this transition for the last few years, and it just made sense for the style of cider we make and also gave us more flexibility and freedom to make what we want, when we want.”

In addition to the up-sized cans, check out these two flavors that have been added to Stormalong’s portfolio:

“We originally created Dry Hop to feature the citrusy hop aromas that the Citra variety added to cider. But, over time, we realized that the name reflected the technique more than the cider itself,” says Edgar. “So, we decided to change it up a bit and make a new cider with a Citra and Mosaic hop combination that really highlighted these refreshing citrus notes. To take it up a notch, we also added freshly grated zest from the blood oranges and ruby red grapefruits. We find that people generally don’t understand hop aromas and that they aren’t always bitter like they typically associate with IPAs. Also, like our Dry Hop cider, we keep Light of the Sun on the dry side to avoid masking these unique flavors with any cloying sweetness.” 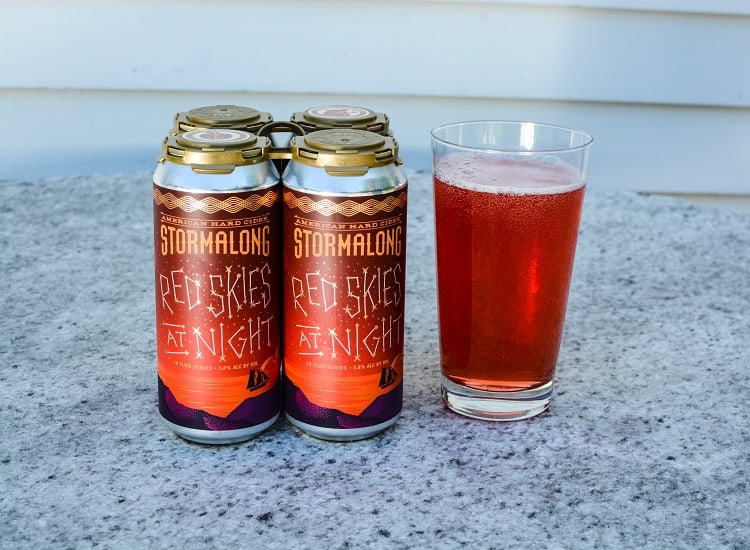 Red Skies at Night: This is the first of a new rotating series from Stormalong, Red Skies at Night goes tropical, with juicy passion fruit and tart hibiscus added to it. Its ciders have previously been almost entirely apple-based, so Edgar and his team decided to use whole ingredients and avoid concentrates and other more fabricated flavorings.

“Now that we’re packaging in 16-ounce cans, it makes that a little easier and Red Skies at Night is the first up in this rotating series. It’ll be available for a limited time in a seasonal fashion,” Edgar notes. “We’re pretty open-minded with this rotating cider and are looking forward to offering more experimental ciders for this product. Red Skies at Night is really our first major entry into the flavored cider market, and we wanted to make sure this cider was made with the same level of quality and ingredients of our other ciders.”

As of June 18, find Legendary Dry, Mass Appeal, Light of the Sun and Red Skies at Night in 16-ounce cans in Massachusetts and Rhode Island. Some of Stormalong’s ciders are also available for purchase online.