In a drink market saturated with one craft beer after another, we wanted to see what makes hard cider so different. If you think all apples are created equal, maybe you should drink up our facts below. 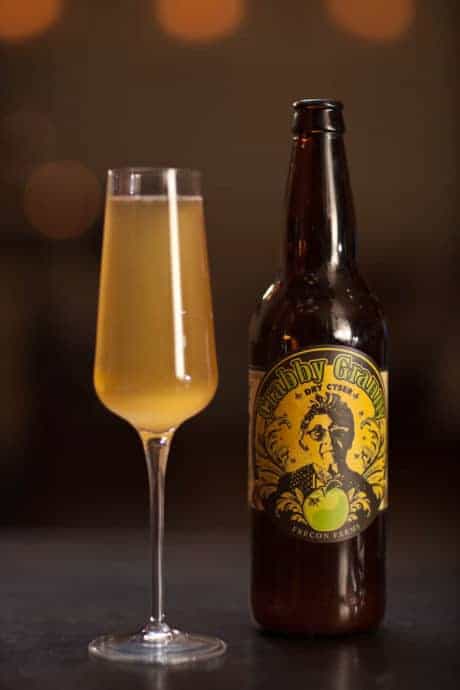 Here are 11 things you probably didn’t know about hard cider:

1. It takes about 36 pieces of fruit to make one gallon of cider.

2. Washington is by far the largest apple-producing state, reports the USDA. The western state accounts for about half of the U.S. production, followed by New York, Michigan, California and Pennsylvania.

3. Today there are over 100 varieties of apples grown specifically to make cider, similar to the different varieties of grapes used to make wine.

4. Drink all the cider you like, but biting into a cider apple will cause you to pucker. Tom Oliver, of Oliver’s Cider & Perry, compares it to eating a large number of tea bags in one go.

5. Just like with drinking beer, drinking cider ice cold isn’t always best. In fact, it’s actually recommended to drink it straight out of the cask, where it’s closer to room temperature.

6. Cider is popular in Spain, where they drink more cider per capita than anywhere else in the world.

7. Apples are to cider what grapes are to wine, suggests Greg Hall, of Virtue Cider. Apples are sourced, milled, pressed, mixed with yeast, then fermented, matured and barrel aged—it’s fairly easy to see the connection to winemaking.

8. President John Adams drank a tankard of cider daily because he believed it promoted good health. And it must have—Adams ranks third among presidents in the years-lived category.

10. Back in the 14th century, it is believed that children were baptized in cider because it was considered to be more sanitary than water at the time.

11. If you want a killer cider, be sure to wassail. The cider-producing west of England kickstarted the tradition of singing to trees “to awake the cider apple trees and to scare away evil spirits to ensure a good harvest of fruit in the autumn.” Someone needs to bring this tradition back—stat.