Time to start packing your bags: We’ve got the details on the incredible cidery space that Wild Child Cellars is opening in Turner’s Falls, Massachusetts later this year. It will be housed in a 20,000-square-ft. paper mill built in 1880 and, once open, this will be the kind of place that your cider dreams are made of!

The enterprise is the joint effort of two cider world notables: Curt Sherrer of Millstone American Farmhouse Cidery and April Woodard, who has sat on the board of Franklin County CiderDays and worked with Sherrer at Millstone. The duo met in 2016 at CiderDays and hit it off. 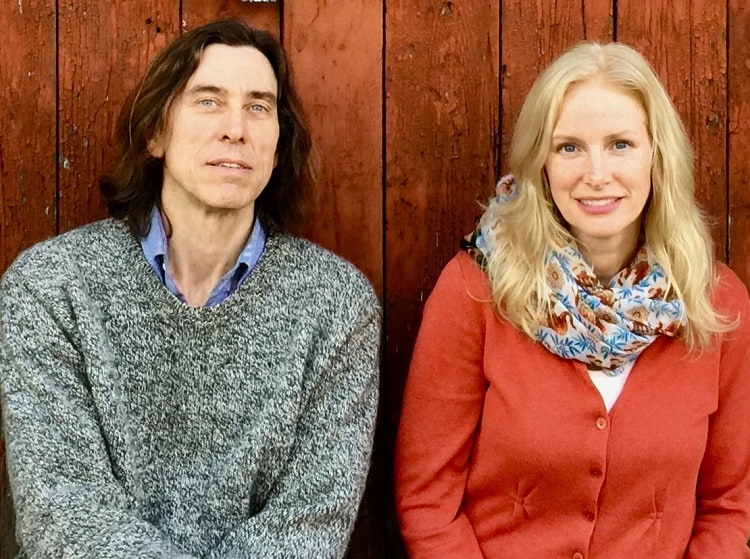 “He came to see me speak and I guess he liked my vibe and level of expertise and invited me to Millstone to work on some projects he has going on,” Woodard remembers. “We had such complementary skills and worked in harmony … the pieces seemed to start coming together, our methods and ethos were fairly aligned and that was a big draw to think about doing it on a pro level.”

The process of searching for the right space took time and effort, but they practically stumbled onto finding the paper mill.

Sherrer recalls that they were talking to a fellow artist who lives across the street from the mill property. “I was saying, ‘We need a place where it’s cold, damp and dark,’ and he pointed across the street and said, ‘There’s your building.’”

The two saw the mill across the road and soon found out that, almost unbelievably, it was for sale. “The process of buying it was long and arduous, but we’re going to settle on April 30, then getting equipment and making upgrades,” Sherrer says. 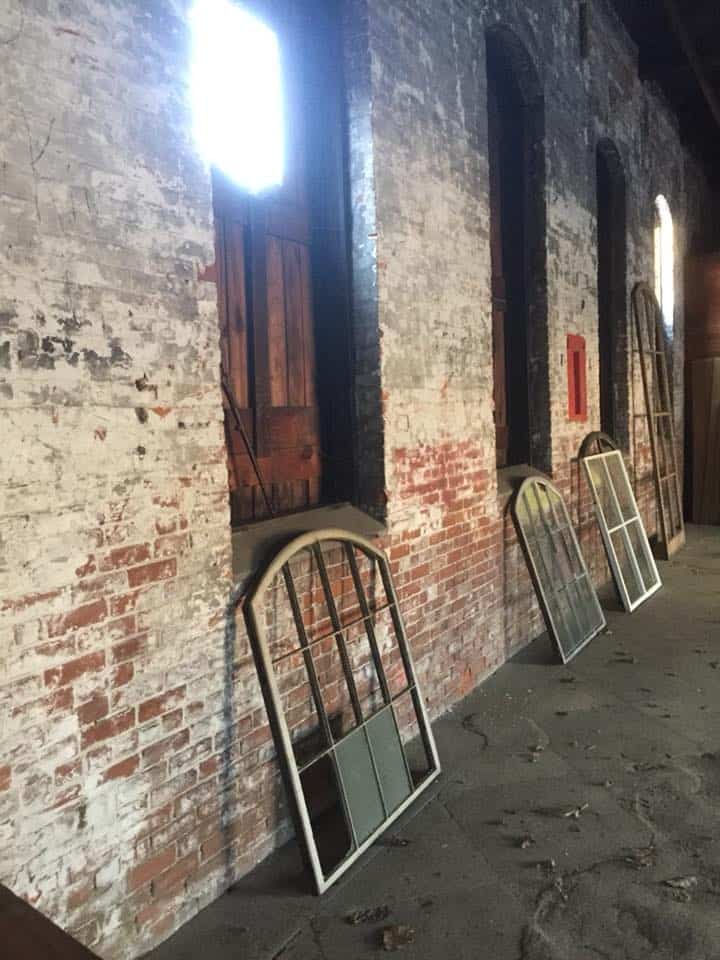 The enormous space will comprise Wild Child Cellar’s cidermaking operation, a 1,400-foot cider bar, a multipurpose space for classes, music and performances and plenty of extra space which they hope to lease to other craftspeople. The stunning architecture features brick archways, original windows and exposed brick basically as far as the eye can see. The property is also beautiful, as the space is technically located on an island between the Connecticut River and a small canal. All around is lush meadows, forests and wildlife. 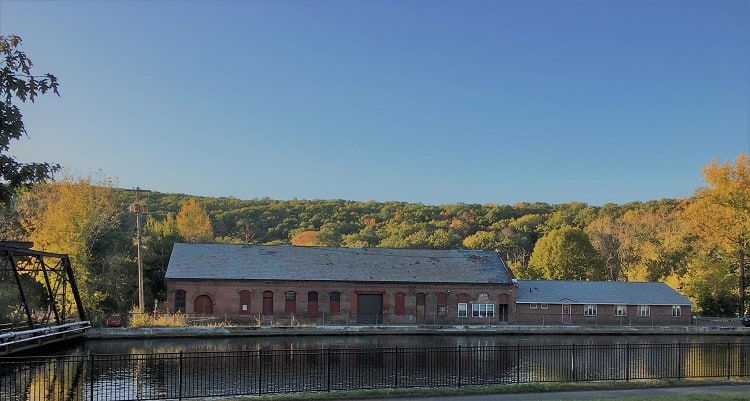 But the real score, as far as Woodard and Sherrer’s cidermaking plans go, is the underground cellar, original to the structure and wonderfully temperature controlled.

“The core is having a fantastic fermentation area. It’s deep underground, lined with laid up stone walls,” Sherrer says. “At Millstone, we took an old grist mill and rehabbed that and it goes along with our thinking: ‘Let’s take what is old and make it new again.’”

Woodard agrees, enthusing, “It feels like you’re walking into a European wine storage cellar — you feel the age, the dampness of the space. It’s magical and beautiful with the barrels. It’s so special and it really fits the bill for what we’re doing.” 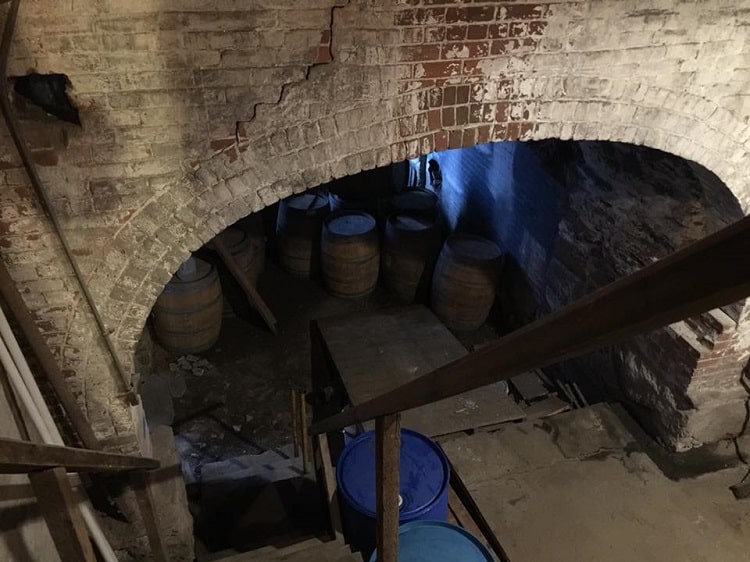 What they’re doing, and plan to do more of, is making the rustic, farmhouse ciders, similar to the style Sherrer has become known for.

“The way we’ve been making cider at Millstone for the past seven years is very much the way we’ll be doing it here,” he explains. “Bringing in very mature, low-yield apples, my focus in the orchard is not how much crop I can get … it’s more about what’s the very most concentrated apple we can get. We bring those apples in, grind them up, make the juice, don’t add any sulfites, it goes into the barrel, all those yeast and cultures are there and then we let it ferment, low and slow for 6 months, 8 months, a year and let the flavors develop.”

“We’re both into a slow and low fermentation, and we both put a high value on everything local,” Woodard adds. “ Our processes are really simple, we don’t try to over-process things.” 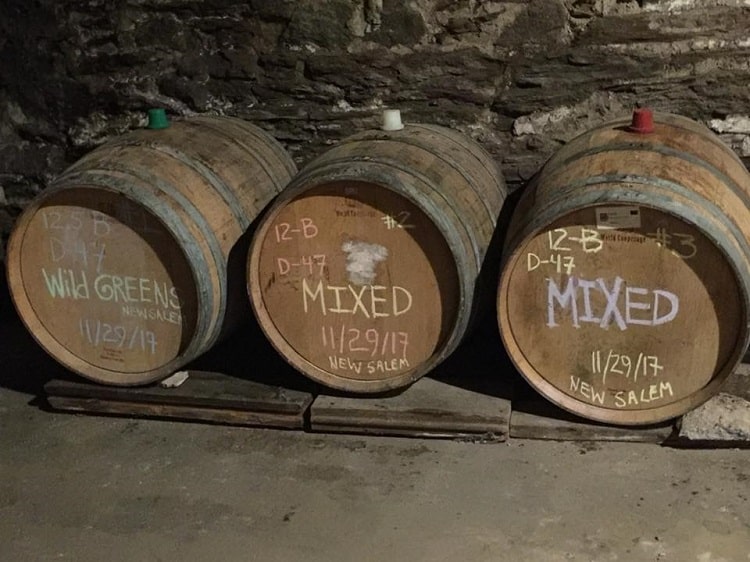 Currently, they’ve been sourcing apples from Pine Hill Orchards in Colraine, Massachusetts and other orchardists in Western Mass. They’re also always on the lookout for local, wild apples. While production will increase once the cidery is up and running, their plan is to keep things relatively small, with a probably max capacity of 5,000 gallons (per year).

“Our dream is to cover the whole island in apple trees … orchards like you’d see 150 years ago, with minimal pruning, very minimal spraying, and that way you get the ugly apples, higher in sugars, phenols, antioxidants and flavors,” he says. “And when they’re dropping out of the tree, that’s called harvest for us.”

Though their focus is on simple, slow food and methodology, Woodard and Sherrer insist that they also want to have fun with their cidermaking. A bourbon cider is in the plans, and they’re talking about doing a juniper berry, or perhaps a chogga lavender-infused cider. Eventually, they will also begin distilling to crate calvados and Pommeau-type products.

“We want to incorporate a nuance, and essence of something,” Woodard says. “What I want is for my cider to tell a story from the nose to the back of your throat.” 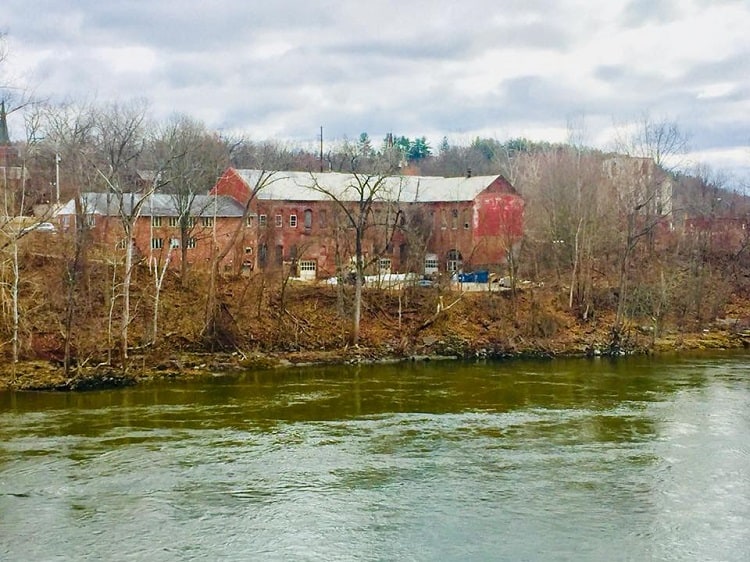 Renovation of the mill is to begin soon, and Woodard and Sherrer hope to have at least the event space open this summer. They are thrilled to be a part of the revival of Turner’s Falls, a charming, artsy mill town, and hope to add to its growth as a destination in Massachusetts. They also hope to be able to rent out space in the mill to a restaurant, or perhaps cheese makers, as there is plenty of room in the cellars for cheese caves. They both urge people to get in touch in terms of event rentals, leasing or other types of collaborations. Their vision for this paper mill is shaping up to be so much more than a home for their own cidery — it’s more like a little utopian slice of the earth where food, art and music can all come together against a serene, beautiful natural backdrop.

Sherrer sums it up: “I could not have dreamed up a more perfect setting for our cidery.”