The Ciderologist Speaks: In Praise of Perry

Welcome to our second installment from guest contributor, Gabe Cook, aka The Ciderologist (read his first article here). We’re thrilled to have such a knowledgeable and accomplished cider expert on board!

I have a confession to make. I’m having an affair.

I have been wedded to cider for 15 years now. Along the way, like with any relationship, we’ve had our ups and downs, but we’ve weathered the storms and my passion for cider remains strong and true. But there’s another drink that invokes feelings in me that cider never can.

We all get butterflies in our stomach sometimes, right? Well, perry has the ability to give me giant, flapping, honking geese (for more than one reason as I will elaborate later). Perry is my mistress, my temptation, my link to raw primal urge, my … well, you get the picture.

So what is it about the humble pear that can illicit such a powerful response? Well, for me it goes way beyond the simple fact that this drink can be one of the finest creations on earth. Perry is part of my landscape, my folklore, my identity.

I am lucky enough to have grown up in a historic village called Dymock, which is in the heart of English orchard country, not too far from the Welsh borders. This is the only village in the country (in the world? Someone prove me wrong!) that has eponymous varieties of apple, pear and plum.

May Hill: A Place Beyond the Pines 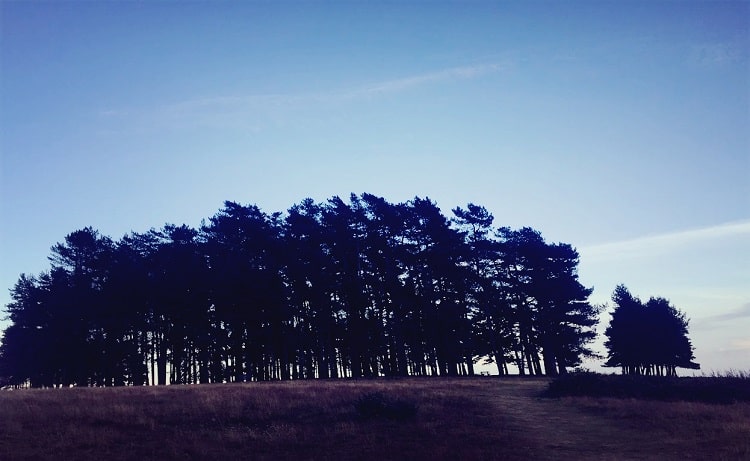 My little village lies in the shadow of May Hill, which stands at 1,000 feet. Gently sloping, it is fairly unassuming, but at the same time entirely iconic, thanks to a stand of pine trees planted atop it in 1887 to commemorate the Golden Jubilee of Queen Victoria. The old fable says, “If you’re within sight of May Hill, you’re in perry country,” and this is entirely true. The other major cider regions farther to the southwest and over in the southeast have no heritage of making perry.

The pears that provide this luscious liquor are naturally not for eating. Once called ‘choke’ pears on account of their mouth-somersaulting bitterness and astringency, these pears are the bastard children of the wild Pyrus Pyraster and the domesticated pear. These “ferals” lurked on the edges of woodlands and in hedgerows, and their only use could ever be for fermentation—and mightily glad I am of those early perry-making pioneers.

Neither are these perry pears normally of the classic pyruvate shape. They can be egg-shaped, squashed flat or perfectly spherical and the size of marbles. For real.  And they have the most wonderful array of names, generated from their place of origin (as in Dymock Red), named after local characters (e.g., Judge Amphlett) or owing to the physiological impact that consumption of this variety may impart (are you ready for it—Startlecock!). 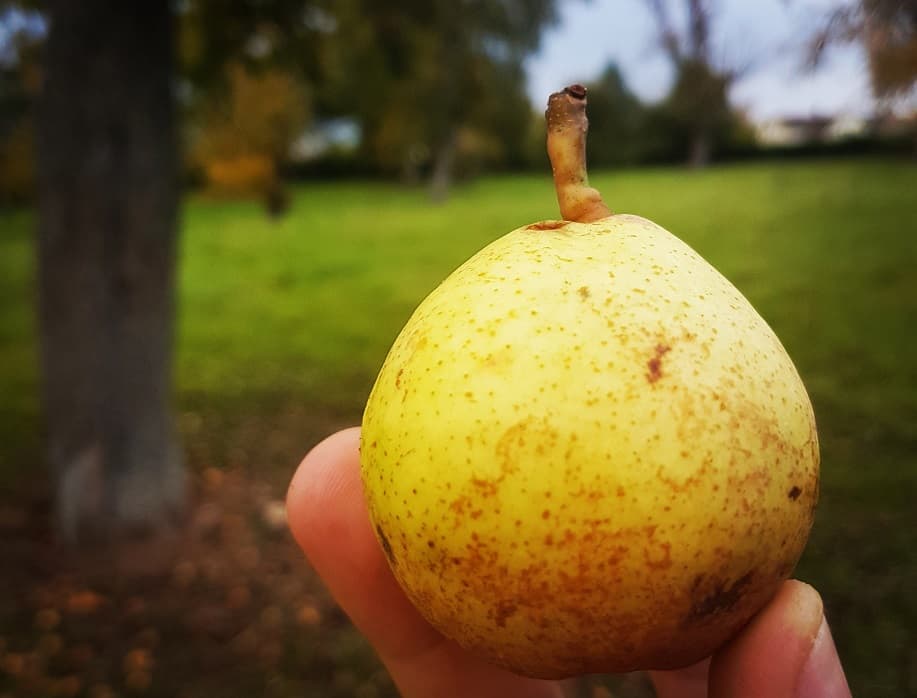 All pears, to a greater or lesser degree, contain sorbitol—an unfermentable sugar—which ensures that perries normally have a degree of sweetness. But there is a downside: sorbitol can also have a laxative effect. No wonder, then, that there is a perry pear variety called Circus Pear—once round and out again!

Perry Pears Are Not for Eating!

So why persevere with something that potentially is so eminently challenging? Because perry can have a lightness, freshness and florality unparalleled by any other fermentation. From zingy grapefruit to luscious watermelon and earthy robustness to perfumed elderflower, these drinks can be the most refined and fabulous that can be tasted.

But it goes beyond the final product. Perry is something that is entirely synonymous and local to my region. What do I call this (other than awesome, obviously)? I call this terroir. There is something about the soils, underlying geology, rainfall and sunshine levels, combined with a historical penchant and appreciation for this drink that means that these very specific pear varieties find their home in this 40-mile radius of May Hill. Which makes this my indigenous drink. It’s my link to the land; my sense of place.

It’s also a direct link to my family. Before I had made a drop of cider, my first foray into fermentation was five gallons of perry made from the last remaining thorn tree on my granny’s farm. My granddad, who died before I was born, made perry from this tree, as undoubtedly did generations before him. The act of making that perry put me on speed dial to my forebears and to a tradition that has taken place for centuries, and I haven’t stopped talking about it since. 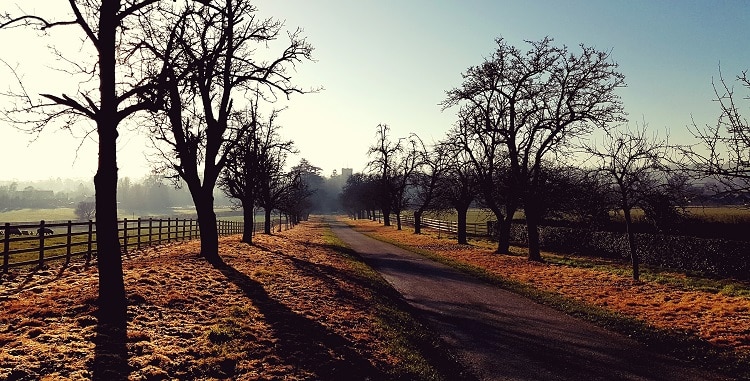 I lived in New Zealand for three years and the indigenous Maori people have many fundamental principles, but there are three key tenets: whanau (family), whenua (land) and whakapapa (ancestry). And that’s it. That’s bloody it! Oh, the irony! (and not in an Alanis Morrisette way; “10,000 spoons when all you need is knife” is not irony—that’s just bad purchasing.)

It took moving 11,500 miles to the other side of the world to find the words to succinctly articulate what makes perry, and my little corner of the Shire, so unique and important. Even if it does cause Startlecock.