Props are in order for Eve’s Cidery, which has received organic certification from Northeast Organic Farming Association of New York for its orchard in Van Etten, NY. 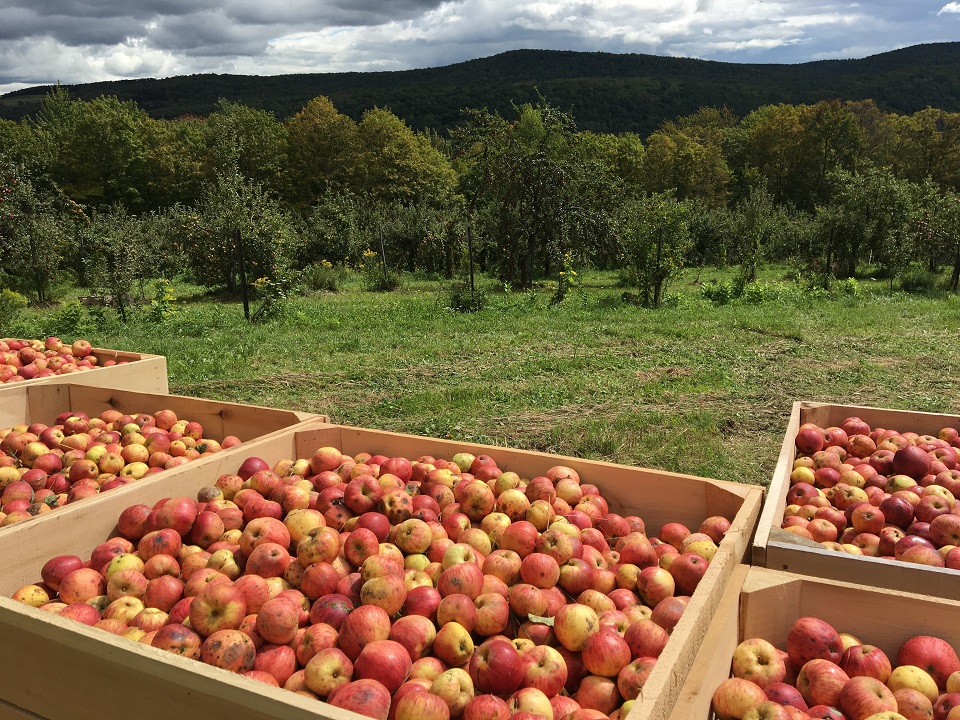 We got the chance to ask Ezra Sherman, one of the core Eve’s Cidery team members and the cidery’s Founder Autumn Stoscheck’s partner, a few questions about this development for the orchard

When did Eve’s decide to go for the organic certification? Why did you decided it was important?

Ezra Sherman: Autumn started Eve’s 17 years ago when she was 21. She was the youngest person to get a farm winery license in New York State — at least at that time. I got involved around 12 years ago. We have run the gamut, from conventional to organic certification. Our influences were our partner, who is a sixth generation orchardist, and an orchardist who was a professor of plant science in a university. The prevailing wisdom was that organic wouldn’t work in the Northeast. I remember spraying Lorsban (an insecticide) in a hazmat suit and painting the ground with Roundup. Autumn had a spray certification which allowed her to spray restricted pesticides.

When Autumn had our daughter, Leila, 11 years ago, she decided she wasn’t going to spray the conventional chemicals anymore; it was a personal health decision. Shortly after that, we also stopped growing for fresh eating sales and also pursued planting varieties for cider specifically. So, we didn’t care about cosmetics anymore.

What is the hardest part of the process? Are there obvious barriers to the certification that you think stand in the way of other (small, independent) orchards pursuing it, as well?

I don’t see the record keeping that organic certification requires to be prohibitively time-consuming. NOFA provided forms and a lot of the records you keep anyway. There is some extra time to find the OMRI-approved sprays; it does not always make sense what is and what is not allowed.

The biggest obstacle is learning how to grow a crop and healthy trees with organic methods, and the extra time it takes to grow a crop organically. For example, the difference between using Roundup on the tree rows versus suppressing competition with mulch application. But, that is not the fault of the certification process; it’s just the reality of going organic. Another obstacle, that I wouldn’t blame on the cert process — but goes with going organic — is that, though it is more time consuming to use organic methods, and therefore more expensive, cider prices don’t reflect that reality. 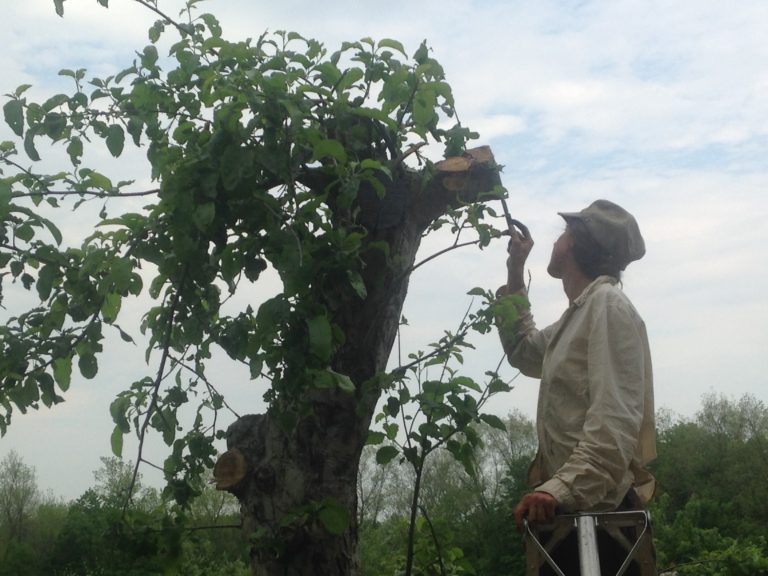 Eve’s has made clear, through your blog and other communications, that caring for the land and improving its viability is so much more than just an “organic” stamp. Can you just talk a little more about this?

We feel really lucky to have the land that we have: beautiful vistas, rural, decent to excellent soils, plenty of available water. We live where we farm, and we enjoy our life here. I can’t imagine intentionally increasing the risk of illness with what we put on the land, and to pass on this pollution to our children or whoever takes over the property after we leave.

The likelihood of fracking on our land distracted us for a long time as we invested in that fight. But since [Governor] Cuomo took it off the table, I feel there is no limit (except for money and physical capacity) to the world we can create for ourselves here, not just in growing apples, but in growing food for ourselves and producing our own energy … to live off the land and to have fun with people in this setting.

To learn more about Eve’s Cidery, explore its extensive and highly educational website (you can buy some cider, too, while you’re at it!). You can also visit Eve’s Cidery on Fridays and Saturdays, July through September. Congrats again to the Eve’s team on this exciting news!