How to Pair Your Favorite Funny Holiday Tunes with Cider 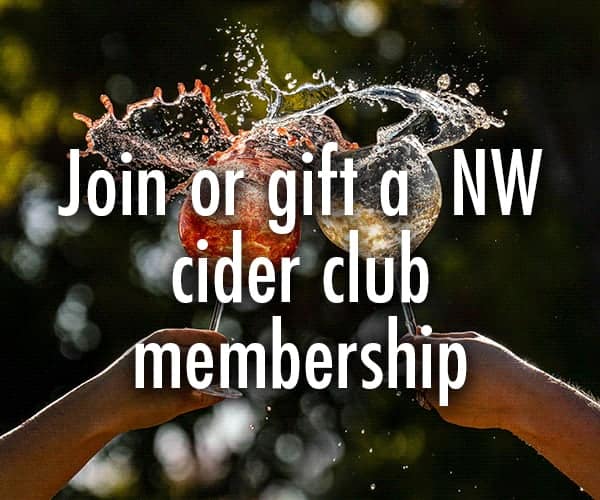 Decorations, holiday parties and Santa hats are all well and good. But, personally, my favorite part of Christmas is the music! Nothing puts me into the spirit of the season more than turning on the radio to hear the classic, sweet crooning of Bing Crosby or Eartha Kitt. So, naturally, I have the holiday music playing constantly this time of year — especially when I’m unwinding after a long day with a cider in hand.

From experience, I’ve found certain cider flavors pair perfectly with some of my favorite jolly tunes. So, queue up your holiday party playlist and pull out some of your favorite seasonal modern ciders for this delicious playlist pairing.

The Muppets, Ringing of the Bells

You can’t go wrong with anything Muppets-related! If you have not experienced The Muppet Christmas Carol, then you have not seen one of the best interpretations of this classic Charles Dickens tale. Kermit creates the cutest Peter Cratchit portrayal ever. The soundtrack for the movie is so overly sweet, you can’t help but smile and sing along. There is one holiday song, however, that is not on that playlist, but it is my personal favorite: Ringing of the Bells. The Swedish Chef, Beaker and Animal will make you laugh with this new take on the classic Ukrainian song.

Pair with: Portland Cider Co.’s Cranberry. The fresh flavors of cranberries and apples from the Pacific Northwest create a tart, semi-sweet cider that will awaken your taste buds and liven your spirits as you tap along to Animal’s inconsistent rhythm.

Though not a traditional holiday song, Pennies from Heaven by Louis Prima has become synonymous with the infamous scene from Elf, where Buddy discovers the wonders of New York City! If you cannot find humor in Buddy eating all of the gum off of the subway banister because he thinks it is free candy, then you need to check yourself before you Scrooge yourself. Elf became an instant holiday classic when it was released in 2003, and my Christmas season wouldn’t be complete if I didn’t watch the movie at least three times!

Pair with: Woodchuck Pearsecco. It’s slightly unusual and oh-s-bubbly (just like Buddy), but quick to become everyone’s favorite! The crisp pear is fresh, light and enticing, basically the opposite of what it’s like to face-plant into a bowl of spaghetti with maple syrup and M&M’s.

Regardless of what your opinion may be about Adam Sandler’s comedy, you can’t deny that you still laugh a little bit when you hear this tune each holiday season. The SNL alum’s 1994 insta-hit will forever be known as the unofficial anthem for Hanukkah. Before hearing this song, I bet you didn’t know that Captain Kirk and Mr. Spock were both Jewish (facts!).

Pair with: B. Nektar The Dude’s Rug. This The Big Lebowski cider packs so much flavor into one bottle! The aroma of the chai spices infuses every sense in your body, while each sip leaves a melange of creamy sweet, baked apples, cloves, cardamom and black tea lingering on your tongue. A little off-kilter, like Adam Sandler’s sense of humor, but delightfully refreshing, this song and cider were meant for one another!

Ahhh, yes … the holiday Christmas classic that reminds us why we truly despise hanging holiday lights and battery-operated anything. Seriously, if one light bulb even begins to flicker, you know the whole strand is about to go! (Have you tried replacing a bulb with one of those tiny, individually packed bulbs they throw into the bottom of the box? I have and newsflash: They don’t always work!) By the end of the song, you are just cringing because you realize that it’s not even Christmas yet and you have already begun the descent into the perils the season sometimes brings.

Pair with: Brooklyn Cider House Half Sour. It’s okay if the holidays (or holiday music) makes you feel a little sour sometimes. How about a cider that expertly balances sourness and makes it something be enjoyed? This thought-provoking, edgy cider, which undergoes three fermentations, offers notes of wildflowers and honey, followed by a wave of citrus and pickled pear. It’s lightly carbonated and a lot of fun, just like you when you give into the spirit of the season.

It just wouldn’t be Christmastime without Charlie Brown and the gang! Anyone who knows me knows my absolutely pure love for Snoopy and Woodstock! Let the toe-tapping commence as you jam along to the iconic piano composition, Linus and Lucy, a song that is synonymous with the Peanuts franchise. For this classic song, you need to bring out the classic cider to match the mood!

Pair with: Anxo Cider District Dry. Refreshing and clean, this crushable cider will leave you feeling jolly with traditional holiday cheer and ready for all-things-Christmas!

Please tell us which holiday song is your favorite in the conversation below!