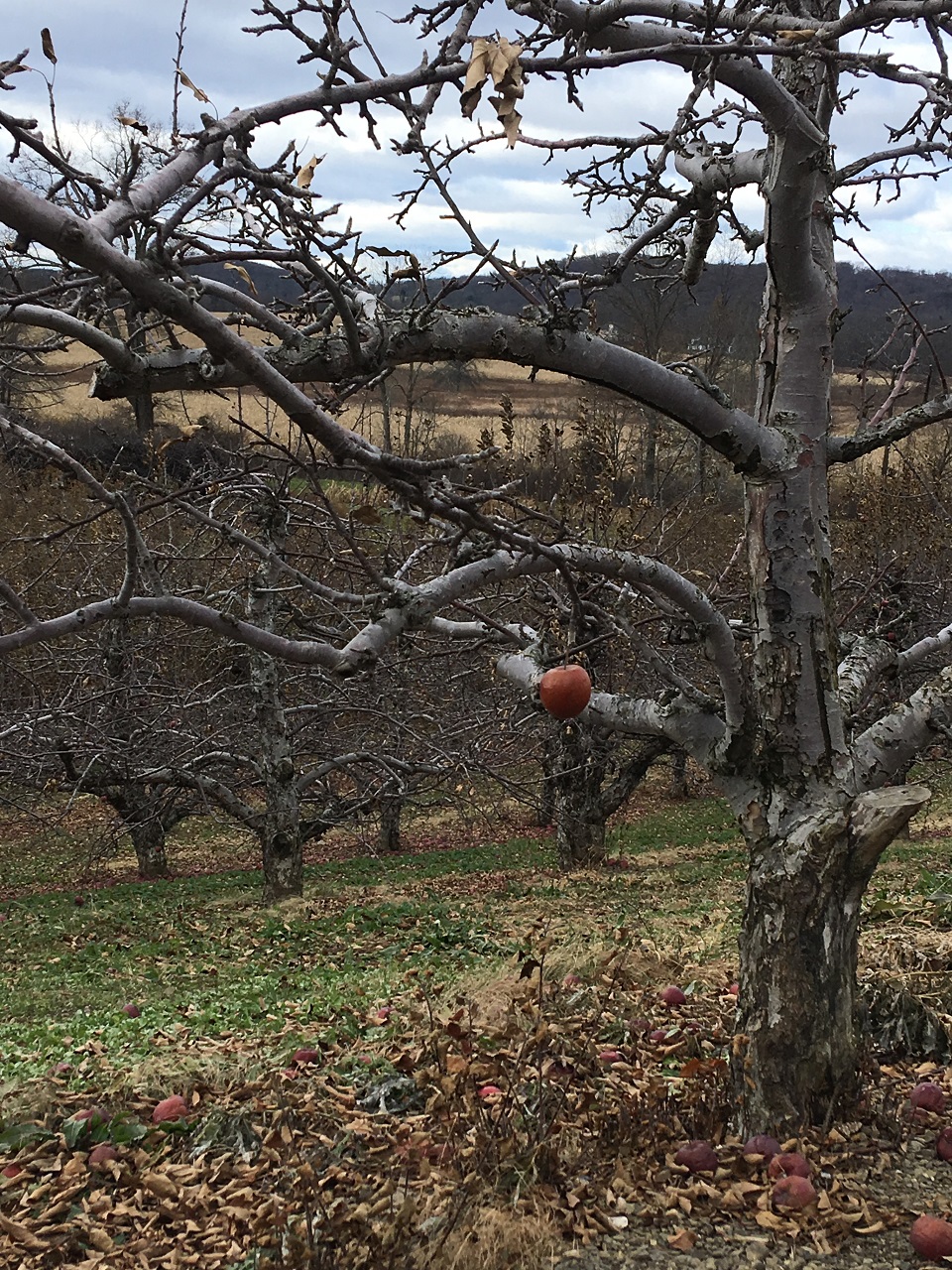 I was first invited to Angry Orchard’s Innovation Cider House when, technically, it didn’t quite exist yet, but Ryan Burk, AO’s head cider maker, is a hospitable soul. I remember hearing about this exciting project when the research and development facility was just an idea. That was before the famous tree house, the game-changing cider rosé and several limited-release ciders came out of Walden, New York, where Angry Orchard is located. Finally, this November, I got to explore the place I’ve been hearing about so much. 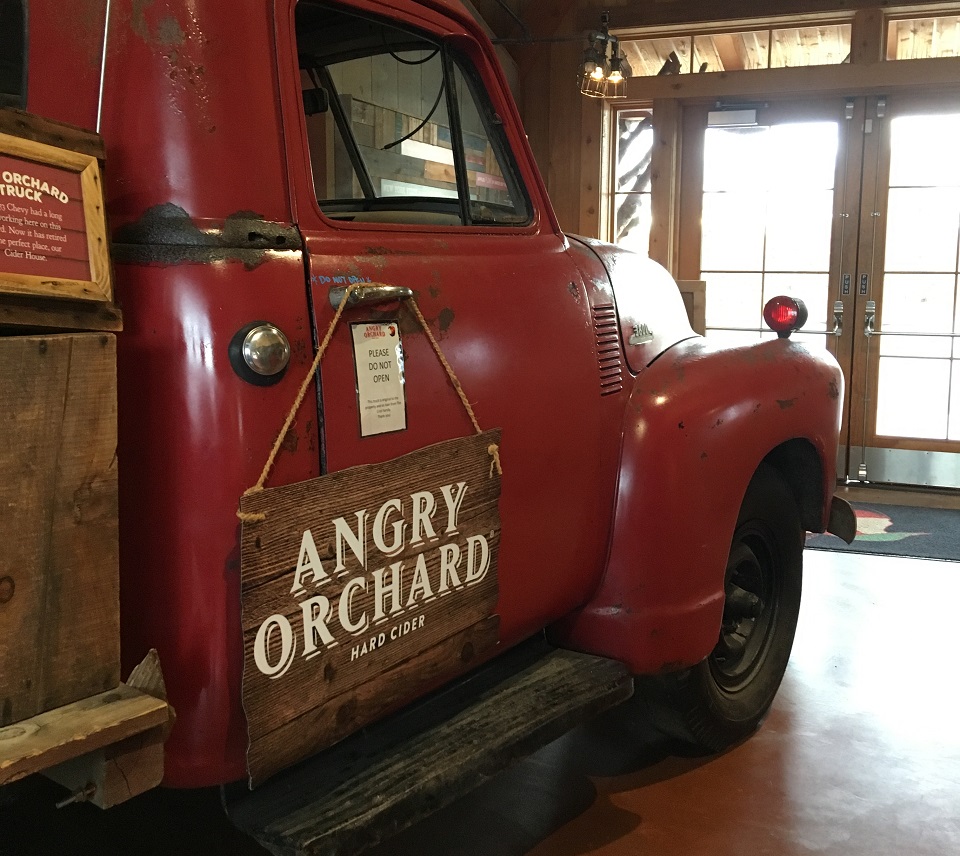 Burk met us at the entrance of the tasting room for a tour to give us some background information. On a busy day during their peak season (June through Thanksgiving) as many as 3,000 people will visit the Cider House in a day. Each day! 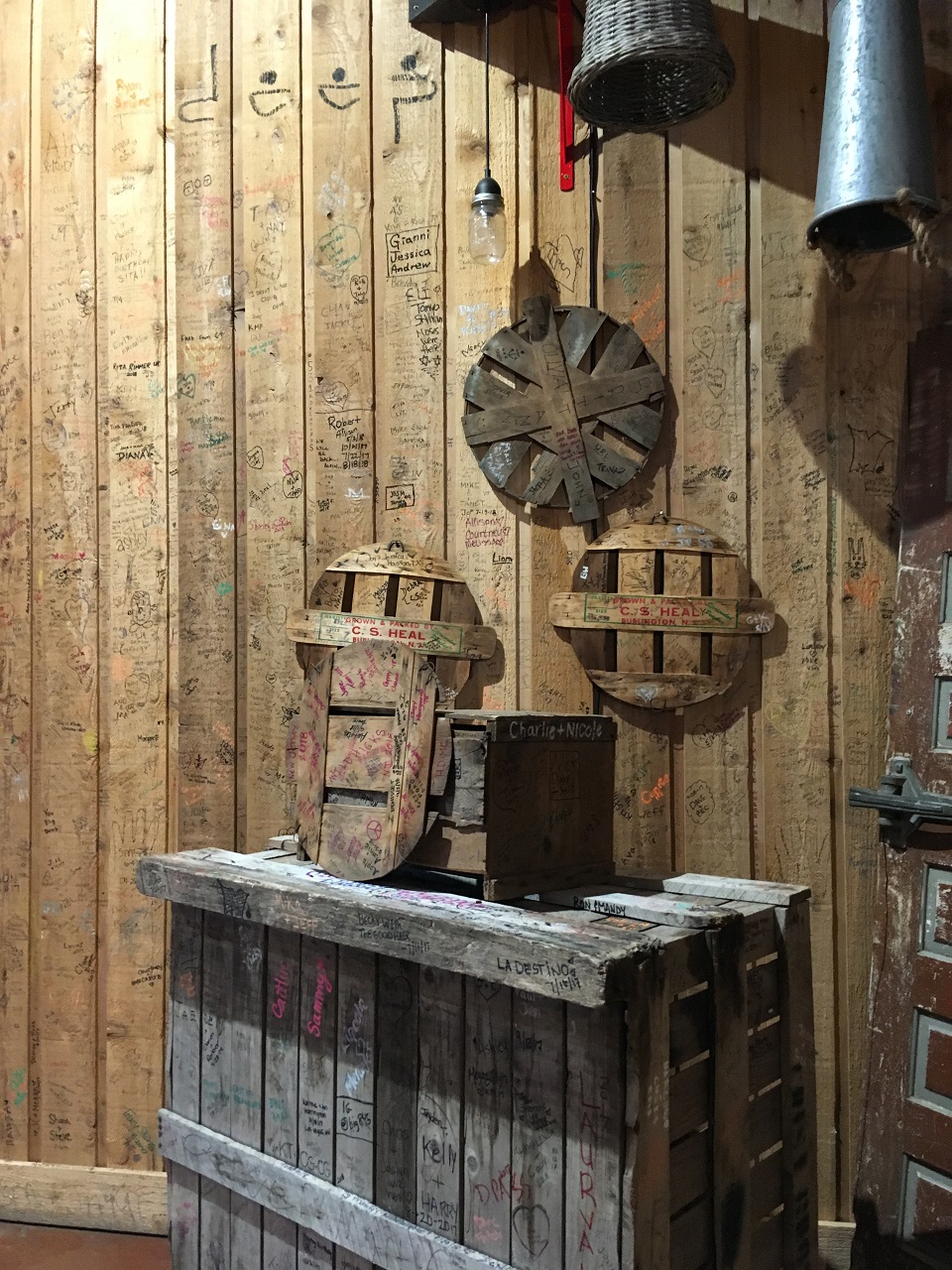 Becoming a tourist attraction is outside of the Cider House’s intended purpose of research and development, and definitely something besides its history as a working orchard. But, the staff and the site are adapting. The rest of the time, in addition to the year-round production schedule and activities, the site is a thriving local taproom with game nights, music events, and a wide range of culinary happenings, from a casual Friendsgiving to a 10-course pairing dinner with Trabanco cider specially brought over from Spain. This is the beauty of the Hudson Valley, where we are close enough to orchards in all directions, but also near enough to New York City to tap into its cider scene that’s growing in scope and education. 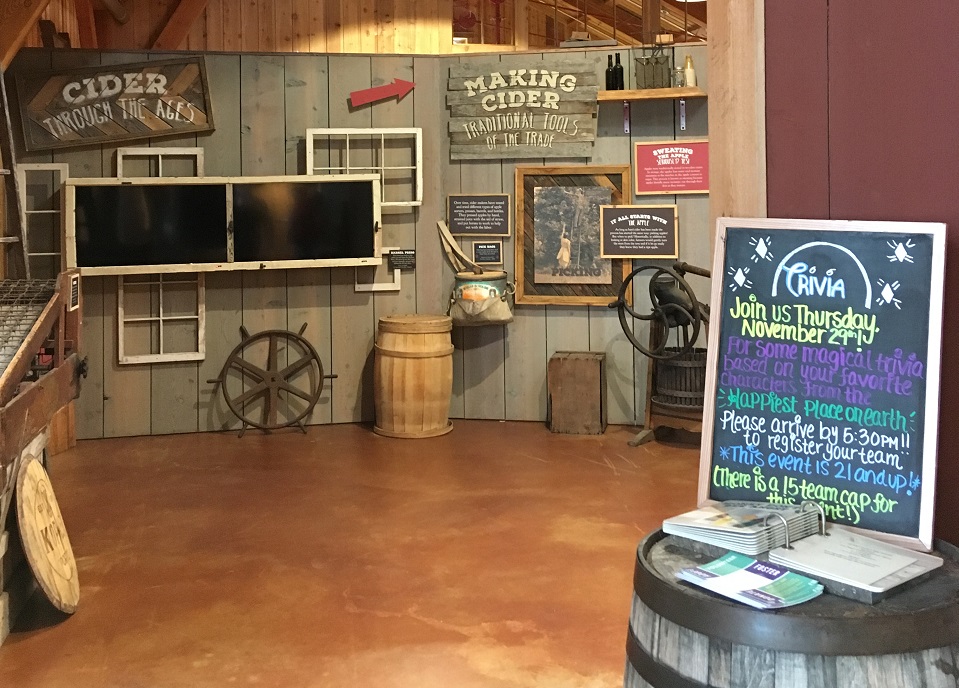 Burk was able to show me some plans for both grafting expansions and cider house renovations. With careful planning, the growth here will carry both the apple program and the hospitality elements to wider audiences as soon as next year.

Our tour started with us looking down from a upper-story walkway, down to the tank space in a beautiful two-story room. Visitors can observe flags from cider-making regions around the world and bask in the glow of the dozens of medals and awards that Angry Orchard ciders have won. Ryan Burk and I bonded over the growing world of cider competitions both in the U.S. and abroad (in no small part because we share fondness for GLINTCAP). 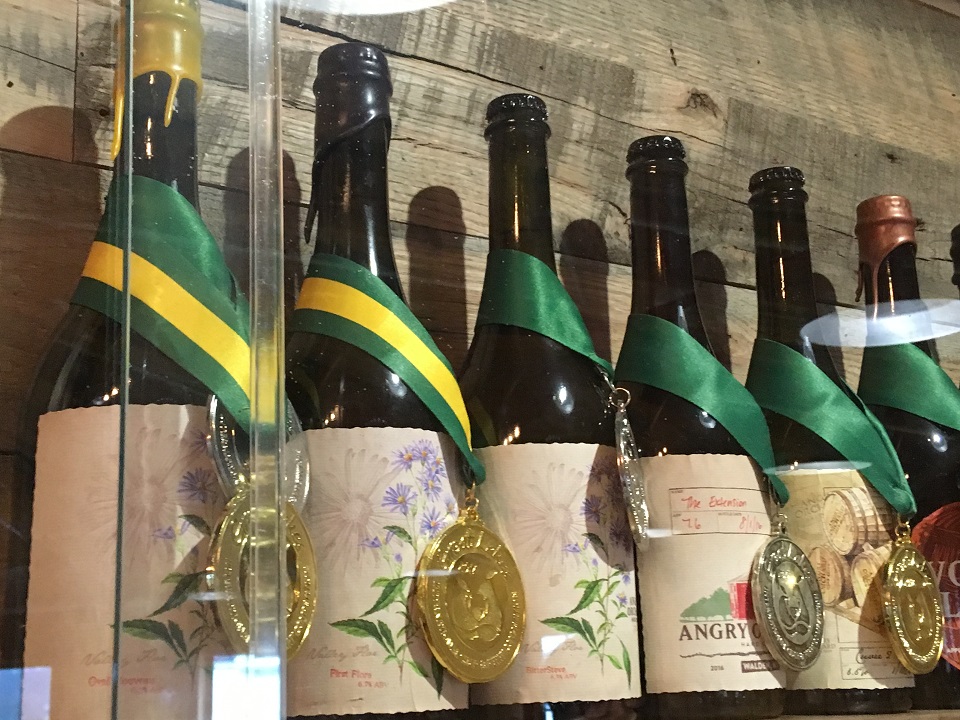 Next, we wound our way downstairs and crossed through into the lab where cider makers can test every conceivable element of each cider before, during and after fermentation. One of the things that struck me most on the tour is that the Cider House keeps an open lab. That means that any cider maker can call in and make an appointment to test something about their cider. Plus, there are open lab days when lots of folks come in to test a whole mess of levels and stats at once. This truly is cooperation in the cider world to make everyone’s ciders better! 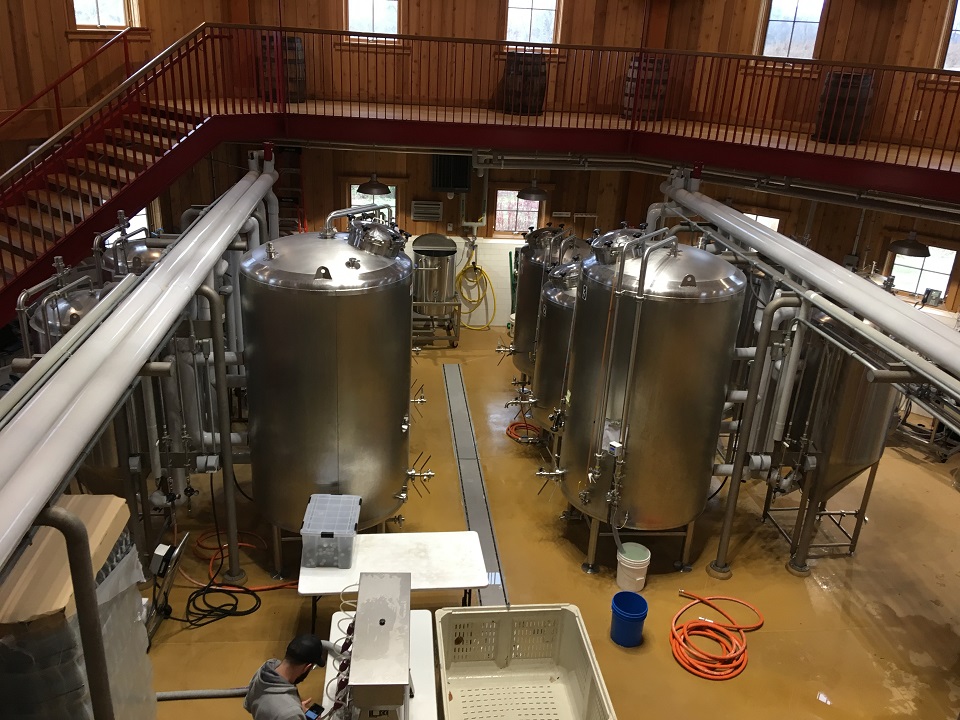 We visited a small side room dominated by two large wooden tanks of an unfamiliar style to me. These are modeled after Spanish-style casks traditionally made with chestnut wood that typically house ciders that ferment spontaneously with native yeasts. The Innovation Cider House is home to a robust barrel-aging program, which means they try many different types of barrels, not just neutral oak barrels or used spirits’ barrels. 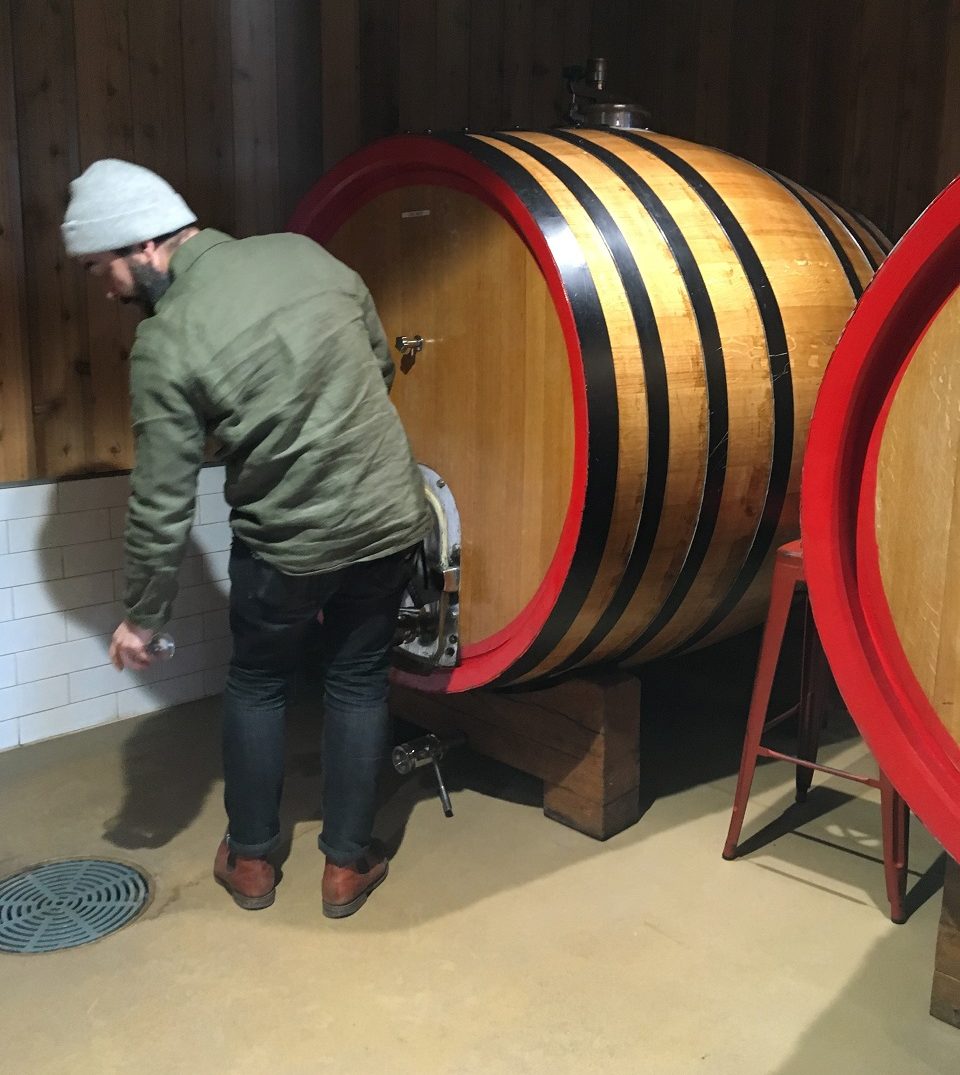 Burk spoke about apples constantly, specifically cider-making apples. A number of his projects aim to improve cider makers’ access to cider-specific apples. He has worked with Dr. Merwin and Dr. Peck at Cornell to study and present information on growing cider apples to nurseries and orchardists, as well as to cider makers. Burk wants everyone in the cider world to support apple farmers so they can take risks on cider apples, from scion to tree to apple. That’s how we’ll get to taste these special apples in our glasses! 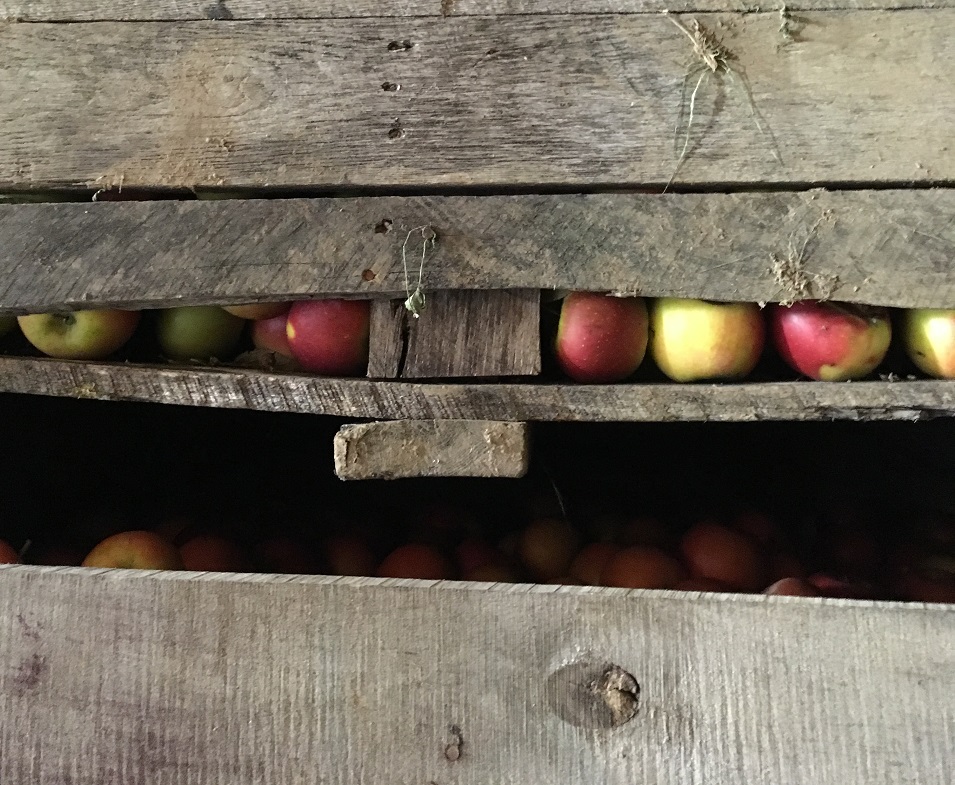 The thirst for cider-apples and for collaboration are a big part of the motivation behind so many of the special-release ciders that come out of the Cider House. All of the Understood In Motion ciders involve two cider makers and two very different batches of juice coming together to make a one-off cider. Thus far, those collaborations have involved Eleanor Leger of Eden Specialty Ciders, Kevin Zielinski of E Z Orchards and Tom Oliver of Oliver’s Cider and Perry. The Innovation Cider House sources bittersweet juice from sources on both U.S. coasts and from abroad. Look for future releases that unveil behind-the-scenes apple research done with Cornell cider apple growers. 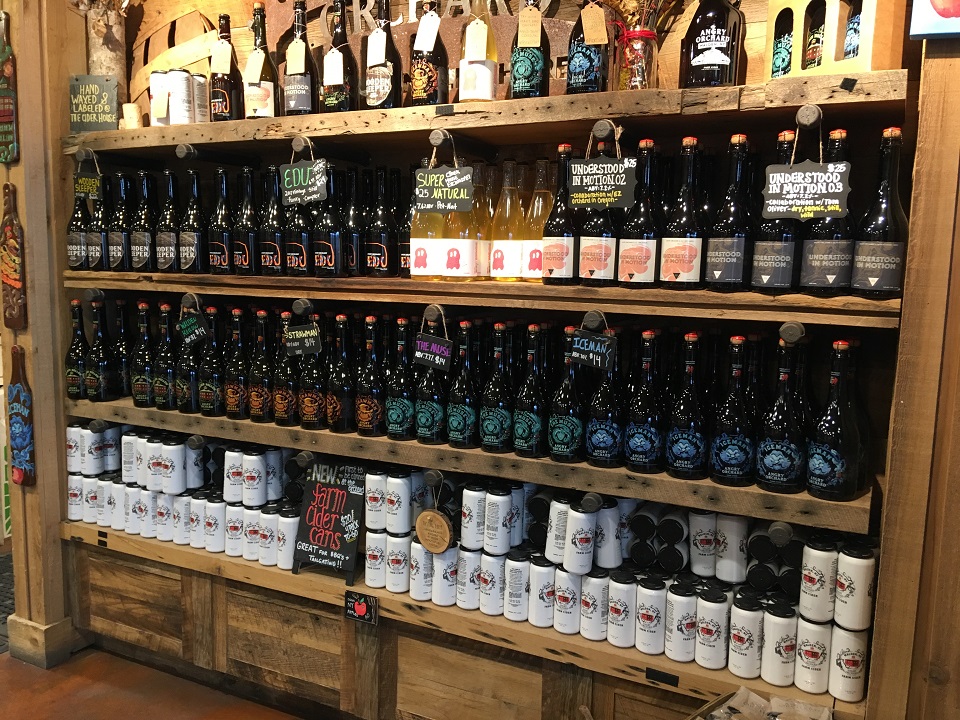 I couldn’t resist asking about the story behind the AO’s now-famous rosé cider. Here is what Burk shared: Folks at the Innovation Cider House invented the rosé cider, which was originally a dry co-fermented cider made with blueberries and apples. It was a huge hit locally; the cidery could barely keep up with demand. Then, a keg was sent to AO’s parent company’s (Boston Beer Company) Christmas party in Boston. This party is an unofficial proving ground for new product ideas. That year the blueberry cider rosé was the first keg to kick!

That got everyone’s attention and gave just a hint of how desirable this sort of cider could be. Angry Orchard knew it was going to be popular, but there were some logistical issues to solve before it could be released. First, they had to find a formulation that could be presented, priced and taxed appropriately for the market. They also had some color stability issues, leading the cider to be made with smidgens of dark purple carrot juice in addition to red-fleshed apples.

This is another instance when Burk’s focus on long-term growing contracts came up. He is confident that had Angry Orchard not been buying juice from the same French and Italian sources for years and in good quantities, he would not have been able to access the juice that goes into AO’s rosé today. 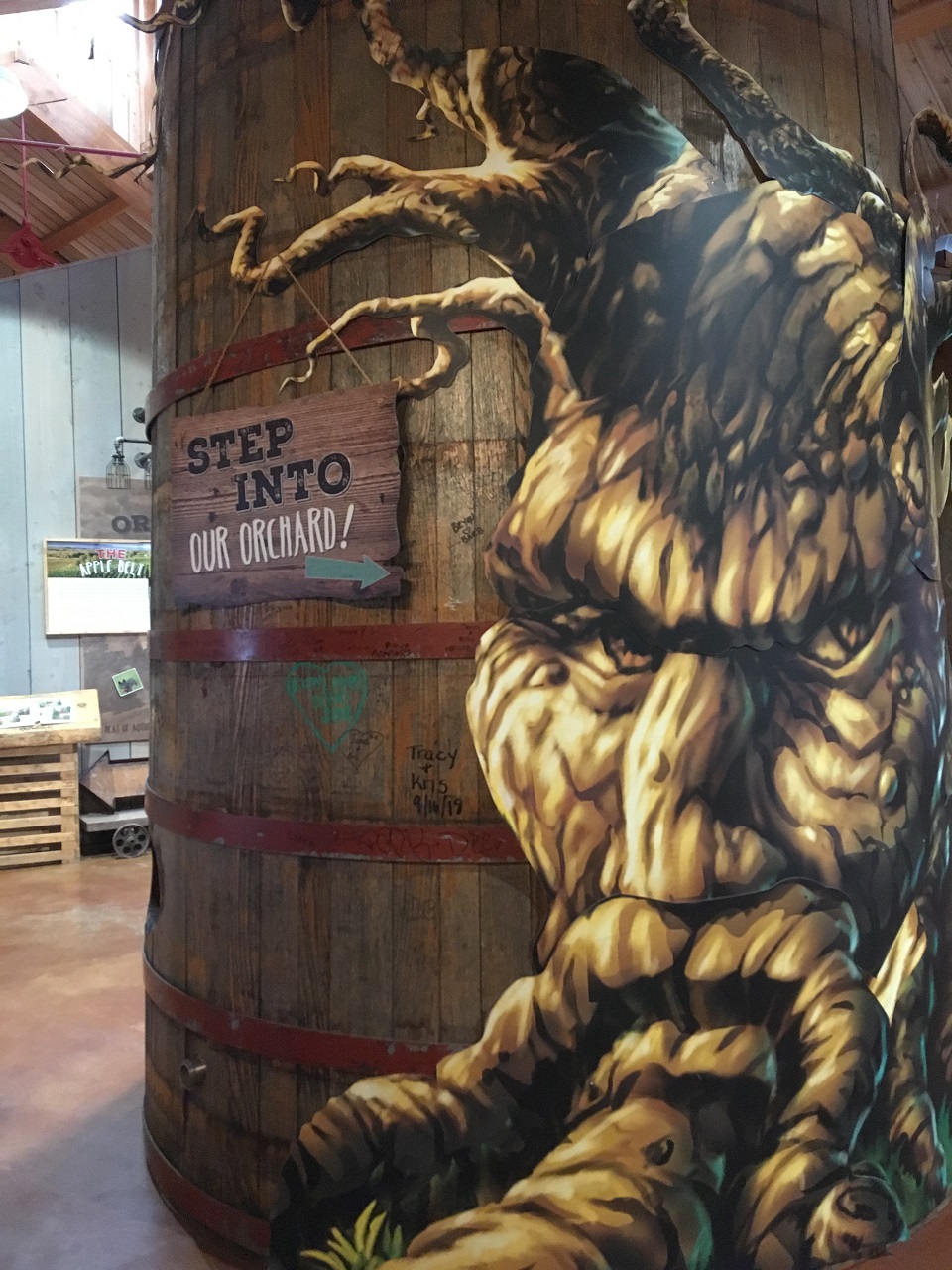 By this point, the morning was nearly over, and we were walking the rows of the orchard. I had tasted many ciders that expand my notion of what Angry Orchard is capable of including: a Pétillant Naturel cider, a sidra-style cider and more than one that reminded me of my favorite styles of English cider. And I learned enough to expect some fascinating upcoming collaborations and more category-challenging projects from the Innovation Orchard. 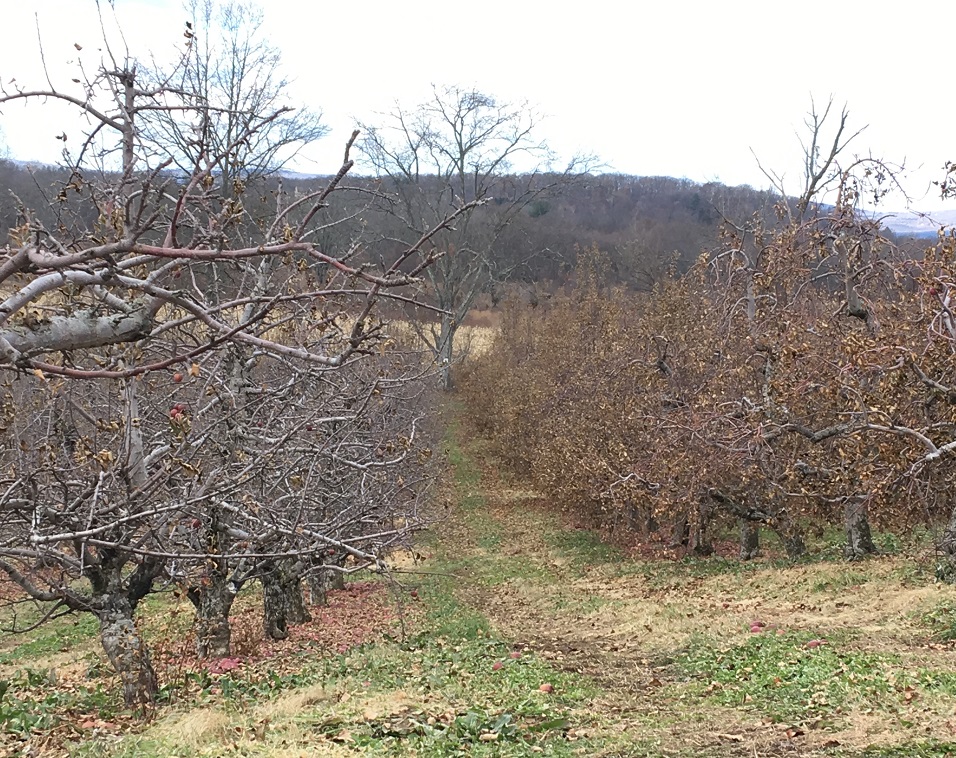 Not only is it a fun place to visit and taste (it is!), but folks at the Cider House are doing important work. The whole team is educating people in and out of the beverage industry about cider, supporting apple-growing farmers, while the cider makers are experimenting with native yeast fermentations, and bringing cider apples into greater availability. And I am happy to raise a glass to all of this!