Cider Week Virginia is coming up quick, and exciting thing are starting to happen! Richmond-based Buskey Cider just announced that it will be releasing a special Heritage Variety 4-Pack of cans on Saturday, November 10, from noon to 3 p.m. in its taproom on W. Lehigh Street. 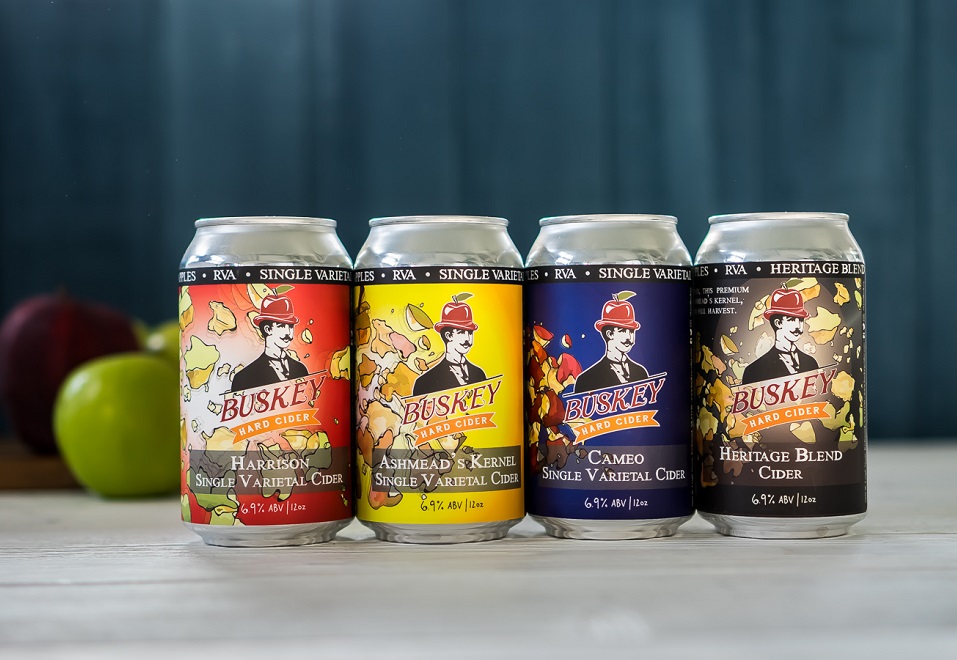 Buskey, which released the first 12-ounce 6-pack of hard cider in cans in Virginia back in 2017, will be selling the set, comprised of three single-varietal cans and one heritage blend. The idea is that the first three varieties will let you experience the qualities of the individual apples, and the blend will show how the flavors combine and complement each other.

These are the four ciders in the pack:

If you’re in Richmond during Cider Week VA, don’t forget to stop by Buskey’s tasting room on Saturday, November 10, to pick up one of these special 4-packs!