Ronald Sansone of Spoke + Spy Ciderworks has been a tireless advocate and energizer around craft cider. He’s a supporter of the annual Franklin County Cider Days (now in its 25th year!), a member of the board of directors for Cider Institute of North America, the founder of the Connecticut Cider Association and a contributor to cider publications, including Cider Culture! He’s also a cider maker, and transitioned a passion-driven DIY habit into a professional gig with the opening of the Spoke + Spy tasting room in March 2018 in Middletown, Connecticut. 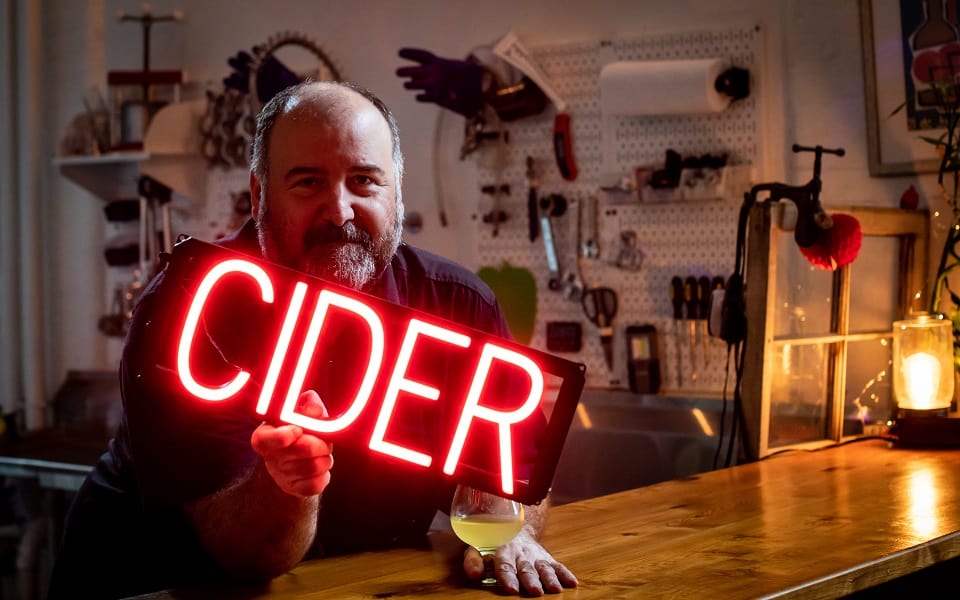 We recently had the opportunity to stop by Spoke + Spy to sip some ciders and chat with Sansone about how the past 18 months have been for the business, and for him as a cider maker!

Cider Culture: You’ve been open for about a year and a half now, right? What’s that time been like for you?

Ronald Sansone: It has been cider nonstop! It all happened so quickly, it feels like it’s only been a few weeks! In the past 18 months we have surpassed our expectations for the volume we expected to be producing, our workflow continues to evolve, and our product keeps selling out! Connecticut has some passionate cider drinkers! It is exciting to be a part of this evolving cider scene here. 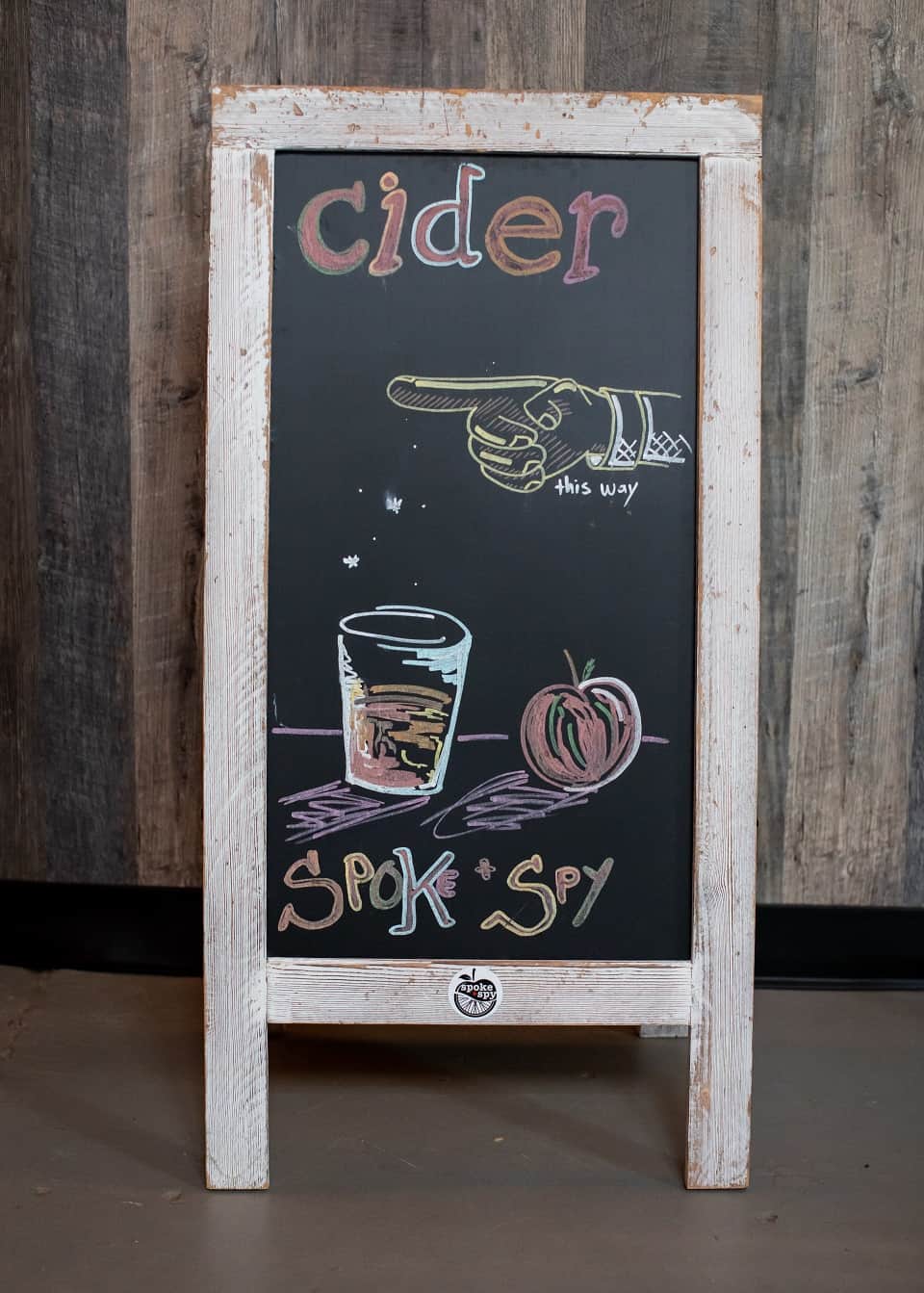 What has surprised you most about operating a customer-facing cidery?

As I don’t have a bar background, I was surprised how much I enjoy serving cider to people! Every day offers opportunities to make new cider friends, and to bring cider to people who may not have otherwise had a chance to try cider like ours. We are conveniently located in a building with two breweries, so we get a lot of people stopping in who may only have had limited or no exposure to cider in the past and luckily are eager to try new alcoholic beverages! 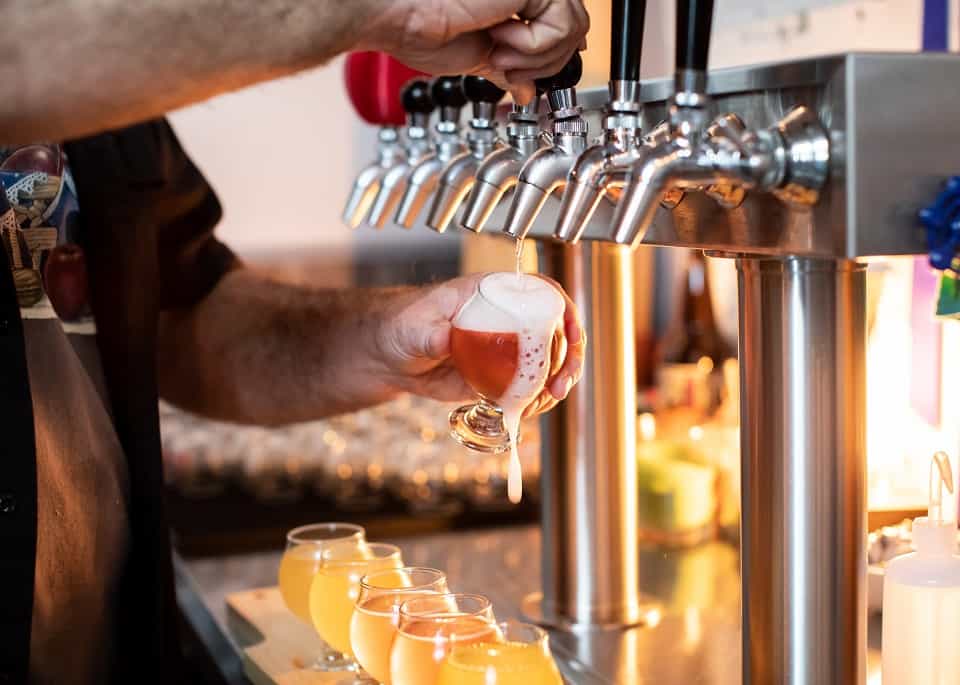 Have there been any challenges (surprising or otherwise) that you’ve had to tackle since opening the doors?

Keeping up with demand! I went into this with a love for unique dry ciders, and I continue to make those and seek out unique varietals, but customers are drawn to our sweeter ciders. I am hopeful that our tasting room will expose some of those sweet cider drinkers to at least try some dry ciders that they can appreciate. 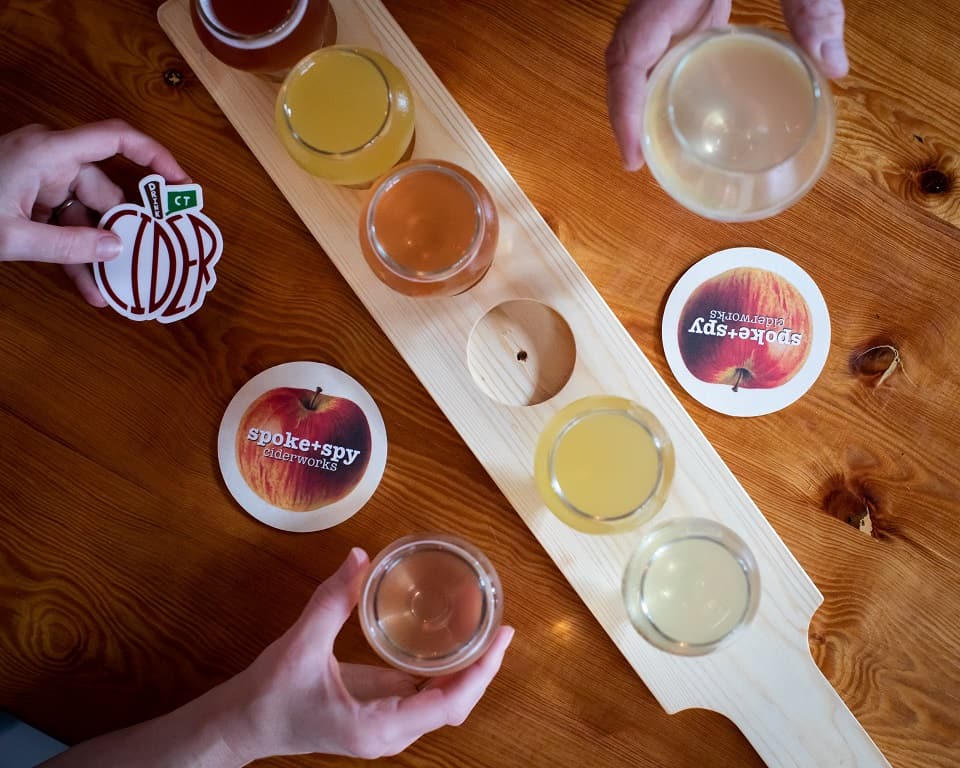 How is the actual cider making going?

Since opening the cidery, we have connected with some local orchards and worked on single varietal ciders with them. One of those ciders [Spoke + Spy Kingston Black] won a gold medal best in class at GLINTCAP, the world’s largest cider competition! Last year, I participated in the advanced Cider Institute class at Cornell, and that helped further the quality of my cider making process. Every day since opening has been full of making cider and learning about how to make more, more efficiently and consistently. 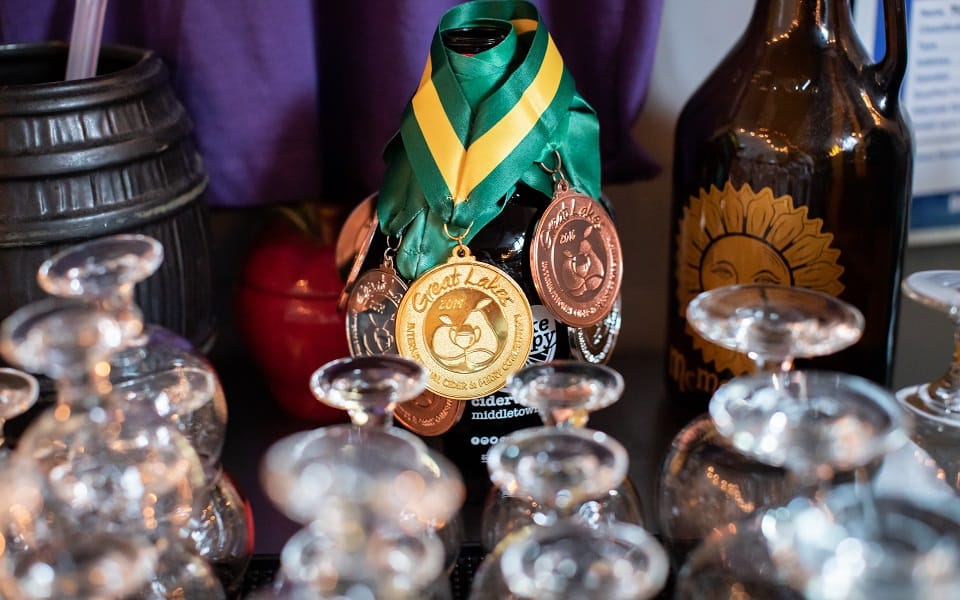 Have you had any major epiphanies or learning experiences that you can share with other cider entrepreneurs?

Before we opened the cidery, we visited all the cideries and breweries we could find. I lost count at around 300! During every visit, I was taking pictures of production setups, asking questions about their process, and meeting amazing people making great products. Investing our time visiting all these places showed me how the cider (and beer) industry is full of people who aren’t afraid to help enthusiastic home-cider makers and brewers dreaming of their own startups. 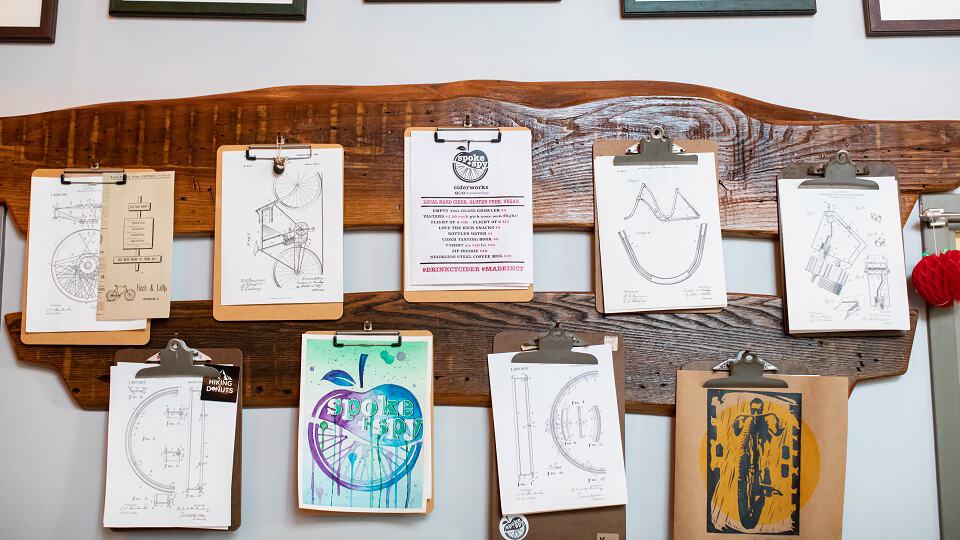 It also brought us on some amazing adventures! For Spoke+Spy, the experience of getting to where we are now has been filled with a deep dive into the cider world and the unique evolving culture that surrounds it, and now we are proud to be a part of it! I get excited when someone new asks me about the cider making process or says they want to open a cidery. I am glad to share my experiences and support them on their journey. I love sharing cider and cider experiences with people, and have even organized bus trips to out of state cider festivals!

Before we opened the cidery, we worked with other like-minded Connecticut cider makers to form the Connecticut Cider Association. Last year, the group planned the first Cider Week CT, and it was a great time at venues across the state! This year we are building on that success and launching a new Cider Festival in November. At the cidery, we are always working on new products, and we are excited for what we have in the development. We hope growth continues for us and the American cider market, there is definitely more cider exploration in our future!

If you’re ever traveling through New England (or live nearby), make it a point to stop by Spoke + Spy Ciderworks on Fridays between 4 and 8 p.m. and Saturdays between noon and 5 p.m. to enjoy the comfy taproom and taste some wonderful Connecticut Ciders! In the meantime, follow along with Spoke + Spy on Instagram and Facebook.