What is Vegan Cider?

Plant-based diets have never been more mainstream — we see new vegan products, meal kits, cafes and restaurants popping up all the time, and find that more people in our lives are leaning into the concept of not eating animals. The hashtag #vegan has 114,758,579 posts on Instagram, and huge celebrities like Beyoncé, Ariana Grande and Zac Efron are public and vocal about their plant-based lifestyles. There’s also fresh news every day about how climate change’s looming dangers and factory farming’s negative effects contribute to the environmental crisis; it’s no wonder that these compounding issues have helped this dietary philosophy to take root.

If you’re a vegan, or just want to understand more about the products that you’re consuming, you might be wondering if hard cider is vegan. It seems like a relatively simple question, but there is a bit more to it than meets the eye. Let’s dig into a bit more. 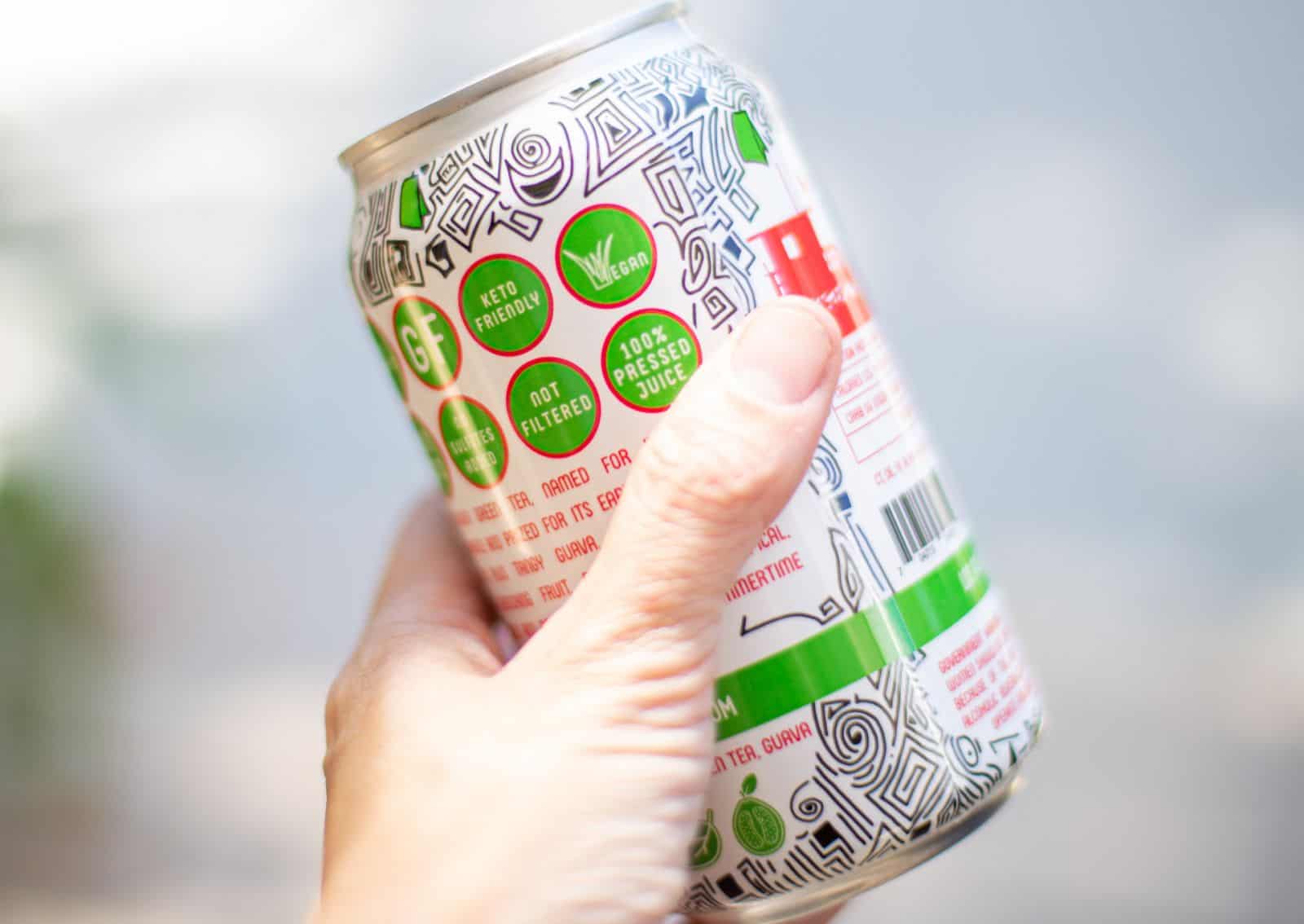 First, as you might have noticed, some ciders proudly display wording about being vegan on their packaging, Instagram profiles and websites. But, just because a cider doesn’t have a “vegan” stamp on it doesn’t mean it’s not vegan. 101 Cider House, a craft cider brand based in Los Angeles, is one that puts the vegan label right out there for the consumer to see. Andrew Sylvia, 101’s production manager, says that they’ve gotten a great customer response to the label.

“Here in California, where we’re based, plant-based diets are super popular,” he notes. “Customers have told us that they appreciate how easy and convenient it is to find out that our products are 100% vegan.”

All of 101’s Cider House’s ciders, from its straight up Hazy Apple Scrumpy to wackier releases like The Friendly Stranger (passionfruit, yerba mate and dandelion root), are made with juice that’s spontaneously fermented with no additives. 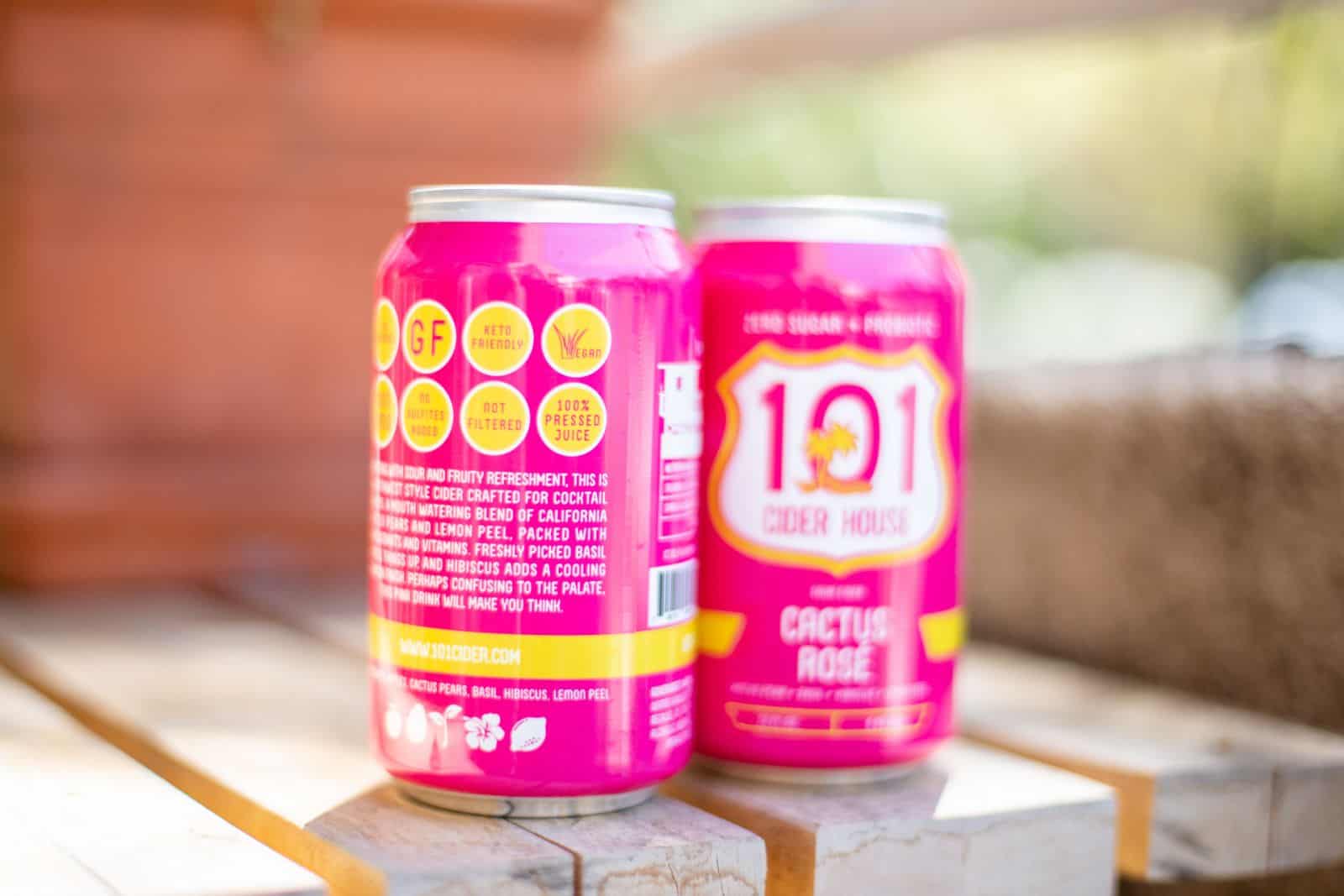 “The closer cider can get to apples and natural yeasts, the more certain you can be that it’s vegan,” Sylvia says. “Ours are naturally vegan because we don’t add anything and we don’t take anything away in the cidermaking process.”

There are a few typical factors that would make a packaged craft cider not vegan, Sylvia says. They generally fall into these categories: 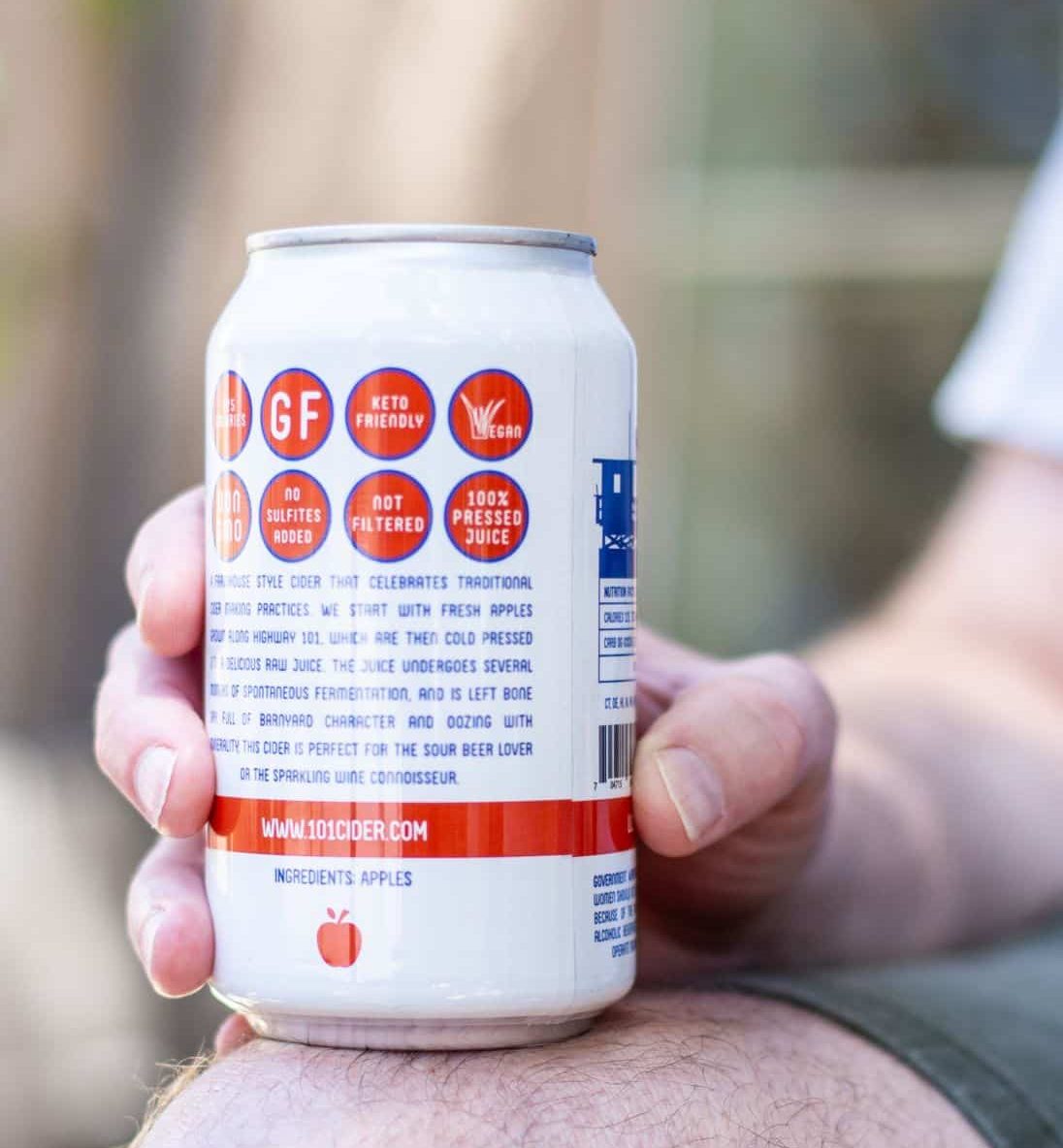 There are websites like Barnivore and PETA where you can search to find brands that make vegan alcoholic beverages, but they are in no way complete, especially when it comes to smaller, more regional cideries. When in doubt, Sylvia says, reach out to the cidery. They should be transparent about their ingredients and processes and will hopefully be able to give you an answer.

As for 101 Cider House, Sylvia says he’s happy that all of their products are vegan.

“Coming from a beer background, I’ve definitely seen weird additives put in during the brewing process,” he says. “I like that at 101, we’re making cider that’s as close to just-fermented juice as possible.”

Are you interested in seeking out vegan ciders? Have you found some brands that are, or aren’t vegan, that surprised you? Let us know!