If you’re a cider fan, you know the particular thrill of the pop and fizz of opening a fresh can or the enticing sparkle of the gentle bubbles from a bottle of cloudy pet-nat cider. While not all cider is sparkling (to learn about still ciders, head here), a lot of it is, and dang if we don’t love that carbonation.

But not all sparkling ciders are the same. There are different methods to getting those fun bubs, and each one yields a different style — one isn’t particularly better than the others! They each have their place in the cider canon.

To learn more about sparkling ciders, and why cidermakers chose certain methods for certain ciders, we checked in with Pete Bresnahan, the current cidermaker at Eden Ciders in Vermont. Eden utilizes a range of methods to achieve sparkling ciders, so we thought they were a good candidate to weigh in on the topic! 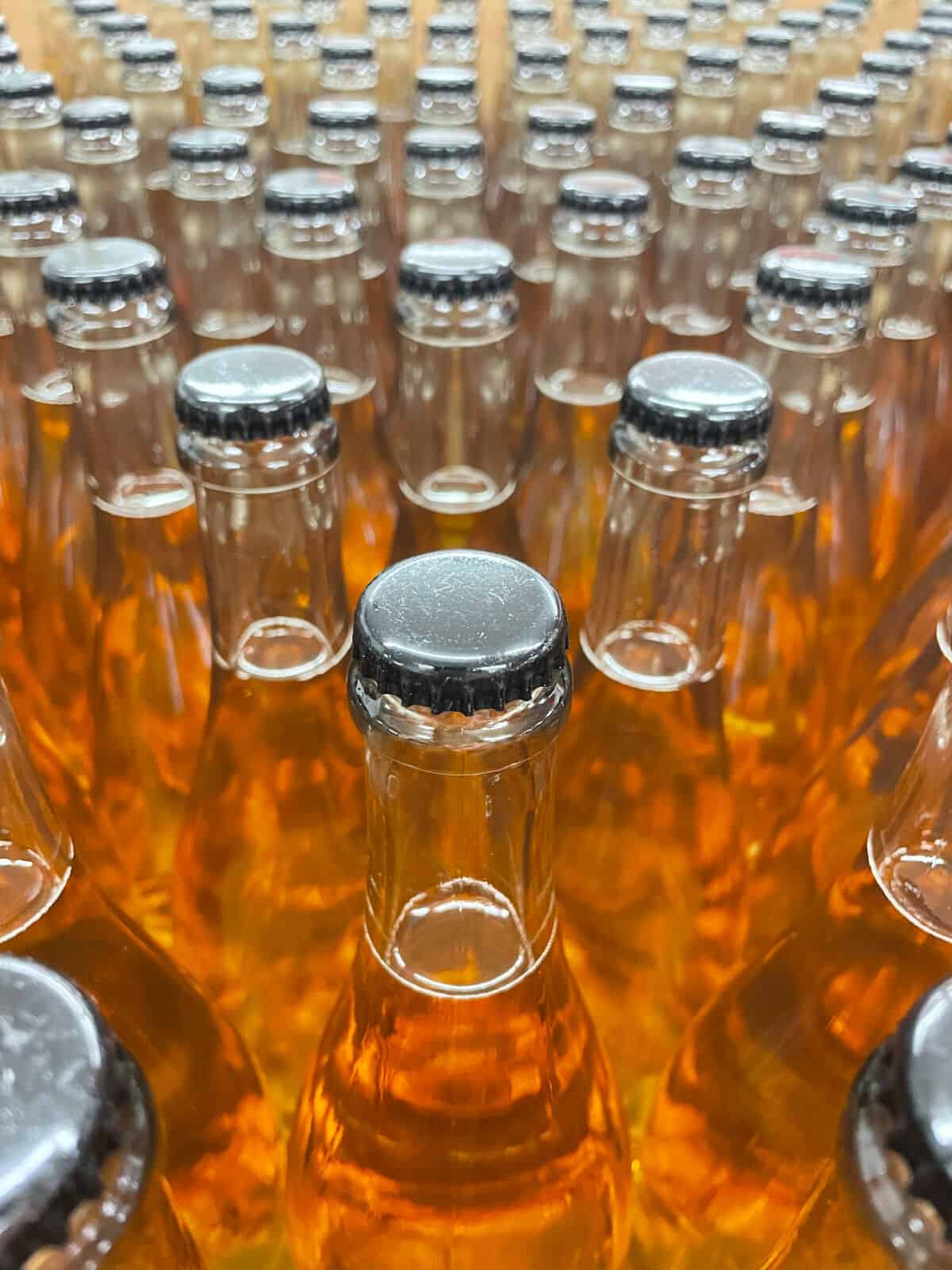 To review: pét-nat is short for pétillant naturel, an ancient and relatively lo-fi method (sometimes called Méthode Ancestral) that produces naturally sparkling wine/cider. Basically, the cider is bottled before it has completed its first fermentation; while it finishes fermenting in the bottle, the carbon dioxide produced by the yeasts eating the remaining sugar is trapped in the vessel, creating little bubbles.

Bresnahan says that Eden chooses the pét-nat method to show off really nice, high-tannin juice blends, and want to feature the fruit flavors without too much manipulation.

“Tannin is helpful in a pét-nat because it increase age-ability; the tannins act as a natural preservative, retain flavors and change with age, so you could potentially have something that ages for several years and gets better and better,” he says.

Making this style of cider takes a certain amount of finesse. For instance, for Eden’s Benjamin cider, Bresnahan and his team take specific gravity readings and to measure sugar content and then use a series of calculations to determine when it’s time for bottling. Whenever they decide it’s ready, it must be immediately bottled right from the tank, crown capped, then left in the warehouse to finish fermentation in the bottle.

“There have been times where we planned to bottle something on Friday, but the readings say it’s ready on a Wednesday, so we have to get it done right then!” he says.

Generally, pét-nats are bottled in 750-ml glass bottles, as they don’t work in cans, and are tricky to manage in kegs (though it can be done). They tend to produce a gentler, smaller bubble, though can be volatile in the bottle — so make sure they’re properly chilled and open them slowly. The flavor profiles range wildly, but because they’re unfiltered, they tend to be hazy and sometimes a little funky. 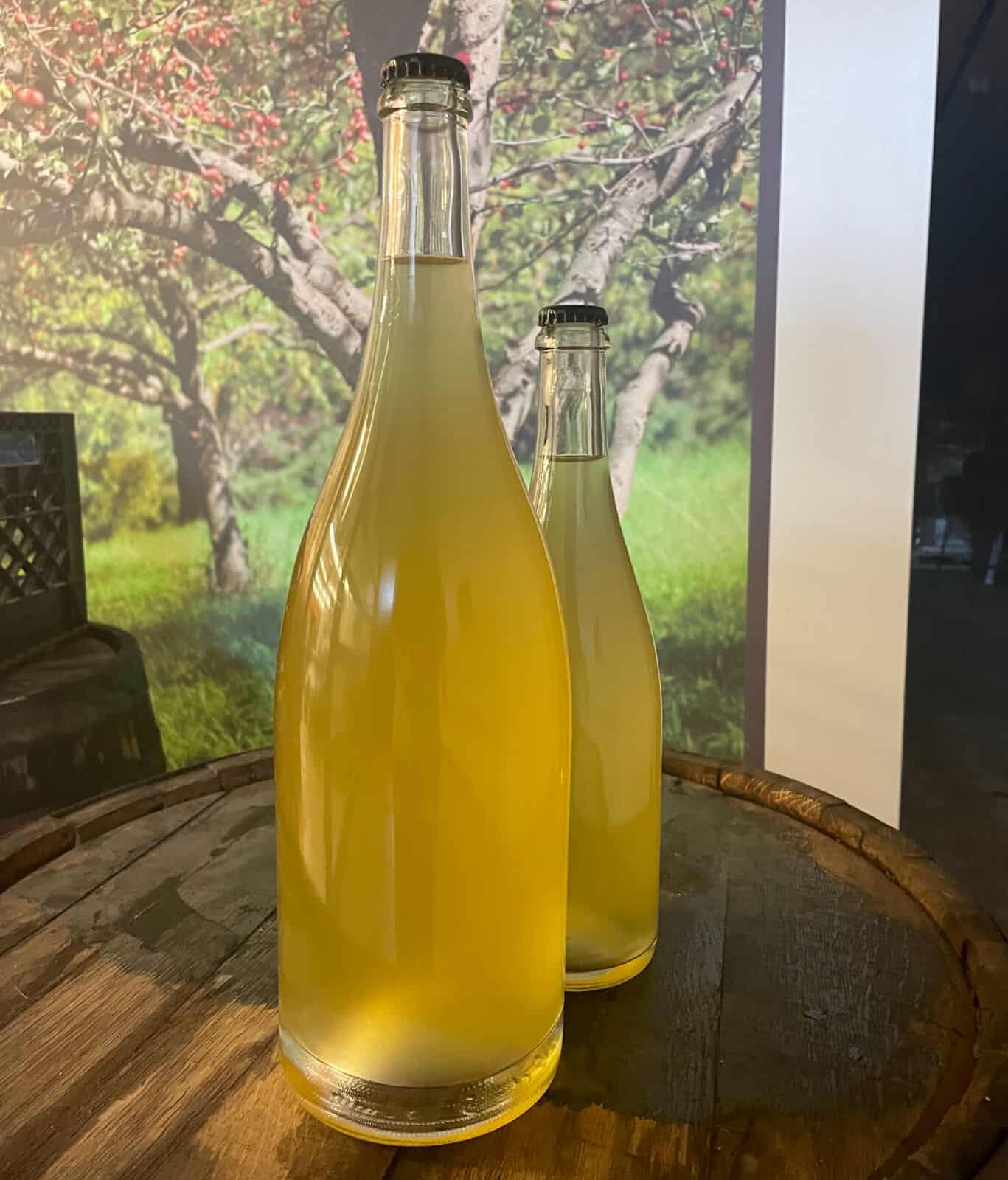 Bottle conditioning is when, after fermentation, a cidermaker adds a source of sugar, and then a strain of yeast, to kick off a second fermentation in the bottle, which carbonates the cider. At Eden, their sugar source is their ice cider (they’ve also used honey in the past) and the added yeast is a strain of champagne yeast. This is akin to the Champagne Method.

“We do this with blends that we’d like to disgorge, like our Brut Nature, which is a blend of different base ciders, with our heirloom ice cider and champagne yeast added,” Bresnahan explains. “It’s aged for 18 months then disgorged by hand to clarify.”

He continues that this is their preferred method when they have finished aged ciders that they’d like to blend into something sparkling, but don’t want to worry about filtration or over-processing the cider. And though it’s a stylistic choice, it’s also a practical one.

“One thing bottle conditioning allows us to do is eliminate the chances of what happens when wild ferments goes wrong … because we’re using a very competitive yeast, it’s going to eat up resources before any spoilage organisms can,” he says. “It gives us a little insurance on that. And because we use our ice cider as a source of sugar, the acid and tannins and those flavors and aromas still make their way in. It’s like a boost of apple character without losing the qualities of the cider you start with.”

Bottle conditioned ciders tend to have a higher level of clarity, thanks to the disgorging, and elegant, cleaner aromas and flavors, with persistent, champange-to-soda sized bubbles. These types of sparkling ciders can be very vinous, and are great for toasting! 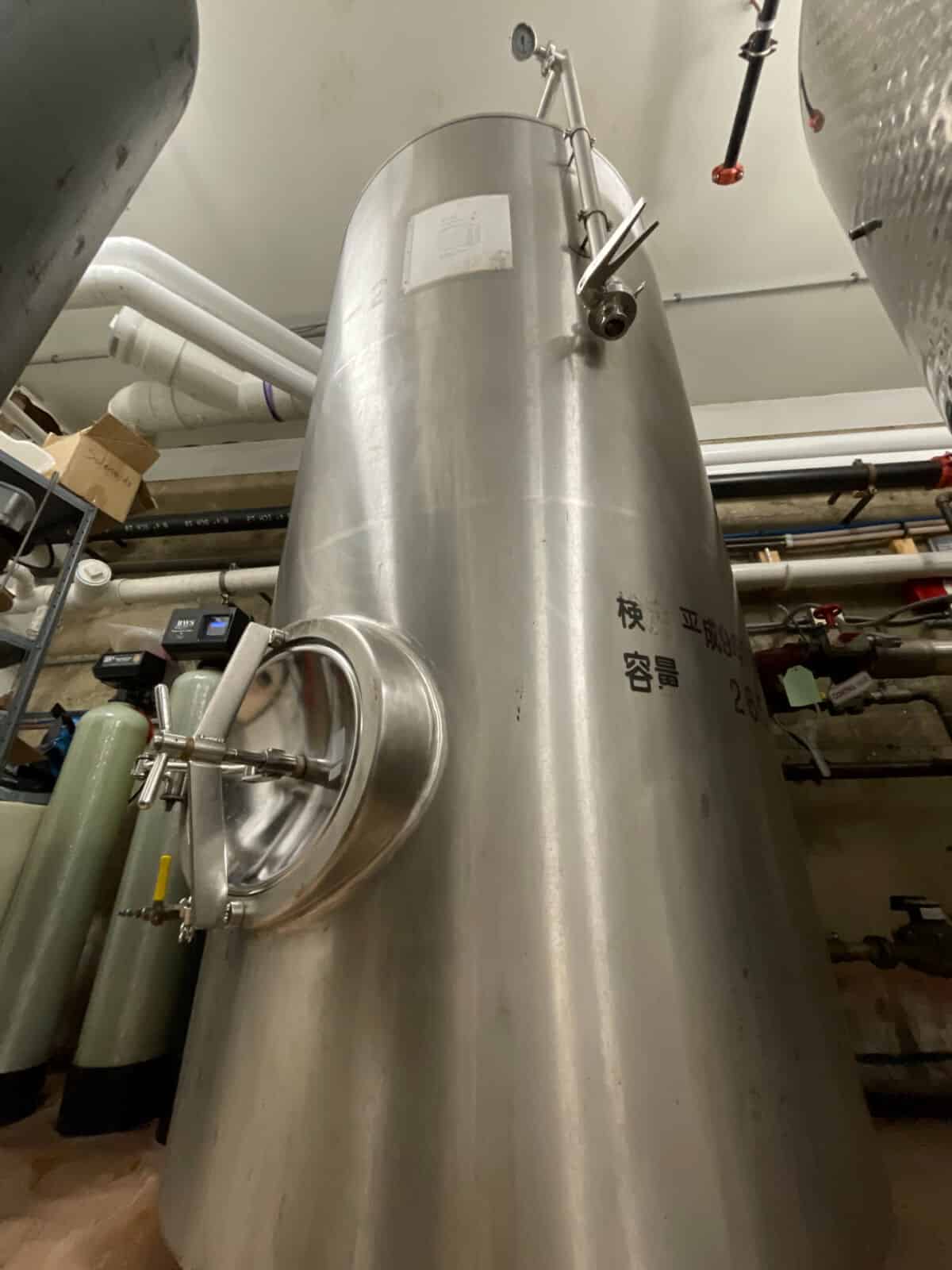 Most ciders that are canned, as well as bottled sparkling ciders with residual sweetness, are force carbonated. This means that the fermented cider is sterile filtered, then put into a brite tank, which is a temperature controlled, pressurized vessel. There, the cidermaker runs carbon dioxide through a stainless steel element called a carbonation stone; the bubbles are so small that they dissolve into the cider and create carbonation.

“The slower and colder you carbonate, the finer the bubbles you get,” Bresnahan says. “If you turn up the pressure on the gas and really let it rip, you get those larger, seltzer-style bubbles. We like the smoother, finer point bubbles, because they’re more textural.”

Force carbonation can be done in a larger scale, and are usually how kegs are carbonated!

We hope this has been a helpful 101 tutorial on some of the different types of sparkling ciders. Whatever you choose to say “cheers” with, we hope it’s delicious!