Perhaps you’ve noticed — it’s been practically impossible to miss — the veritable explosion of flavored ciders over the past few years. Of course, other fruits have always made their ways into craft cider, usually familiar farm crops, like cherries and berries. But cidermakers’ collective creativity keeps pushing boundaries, uncovering new sensory experiences for cider fans, marrying apples with nearly every type of fruit and flora under the sun. From herbs and spices to exotic tropical fruits, from coffee to vegetables — lately, it seems like nothing is off limits. While there are still innumerable single varietal heirloom ciders out there, there are more flavored ciders than ever before for us to explore.

Witnessing this endless parade of out-there flavored ciders floating across social media every day sparked a question for us: How exactly do cidermakers come up with new flavors? And, once they’ve got an idea of something they want to create, what’s the process like of actually turning that concept into a delicious, drinkable, marketable cider? 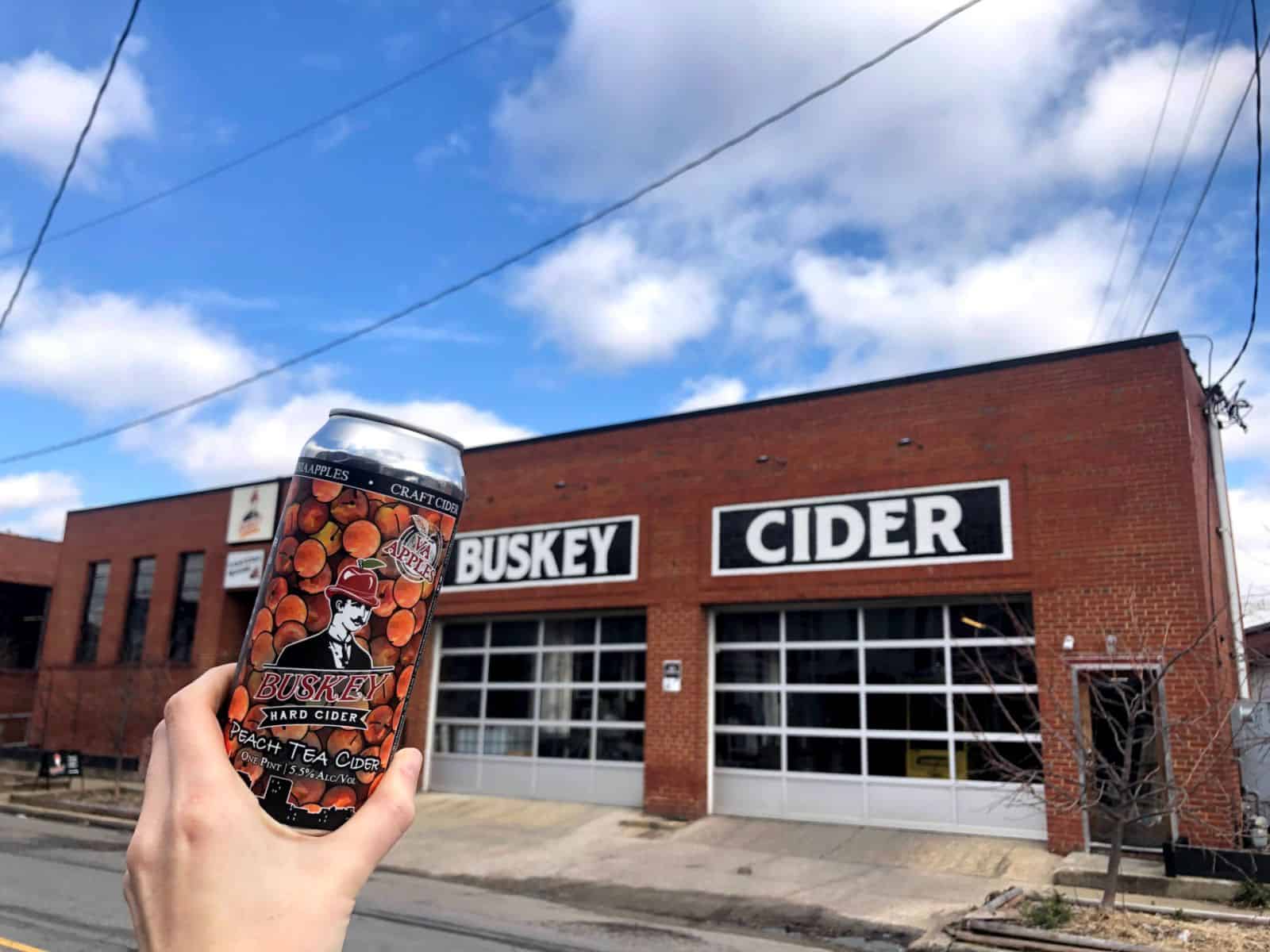 To answer some of these questions, we turned to Will Correll, the founder and CEO of Buskey Hard Cider in Richmond, Virginia. In addition to its apple-only ciders, like its flagship RVA Cider, made with 100% Virginia apples, Buskey has pursued a number of flavored ciders, including Earl Grey Lemon Ginger, Plum Lotus Hop and Habanero Mango. When Buskey first opened in 2016, Correll says flavored ciders were typically just made by the large national mainstream cideries. In his local Virginia cider scene, he was a bit of an outlier for making so many flavors.

“Because most cidermakers like traditional dry, acidic, tannic cider, a lot of times they fall into the thought that flavored ciders are gimmicky and not worth intentionality,” Correll says. “You’re seeing that change a lot now.”

One of the main ways that Buskey brings intentionality to its flavors ciders is with extremely high-quality ingredients to help create the flavors. For example, take its super-popular annual late-winter/early-spring seasonal release, Peach Tea Cider. We asked Correll to take us through the process of creating and crafting this flavor.

It turns out, the origin story of Buskey’s Peach Tea Cider is pretty straightforward. Correll’s wife, Elle, is a big fan of a small tea shop in Richmond called CaryTown Teas, that does all custom blends in house. She loved their peach tea, which is a blend of white tea and peach blossoms, and thought it would make a great cider. Even though the cost of that tea is four times as expensive as if Correll sourced it from a large tea manufacturer, the result was so fantastic that he felt it was worth the cost. 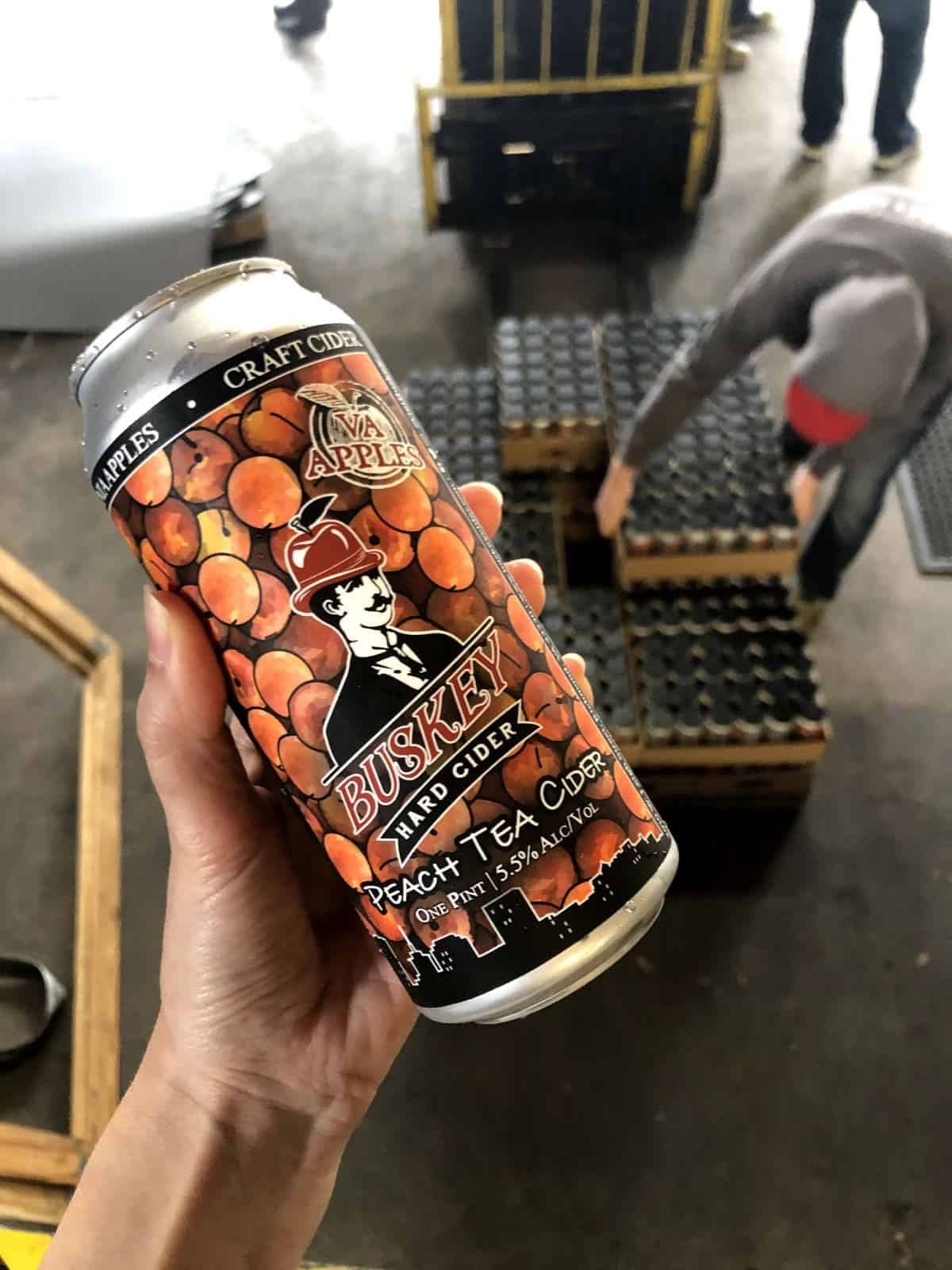 “Craft tea is pretty expensive just like craft cider. I had no idea if we could afford to put it in our cider!” he remembers.

Correll brought in some samples of the peach tea and blended it with cider, tweaking the astringency, and figuring out how long to steep it. The first batch of Peach Tea Cider was a success, and Correll wanted to scale the batch size the next year.

“We asked if the tea shop could handle a bigger order and we ordered three times as much as the first year. I believe it was their biggest sale of the year!” he says.

Not only was the quality superior from CaryTown Teas, but it established a great relationship between these two local businesses. Now, Buskey sources Earl Grey tea from them, and knowing how important local agriculture is to Buskey, CaryTown took the initiative to source all Virginia white tea for the peach tea blend (which actually bought out the entire harvest from the farmers she works with!). 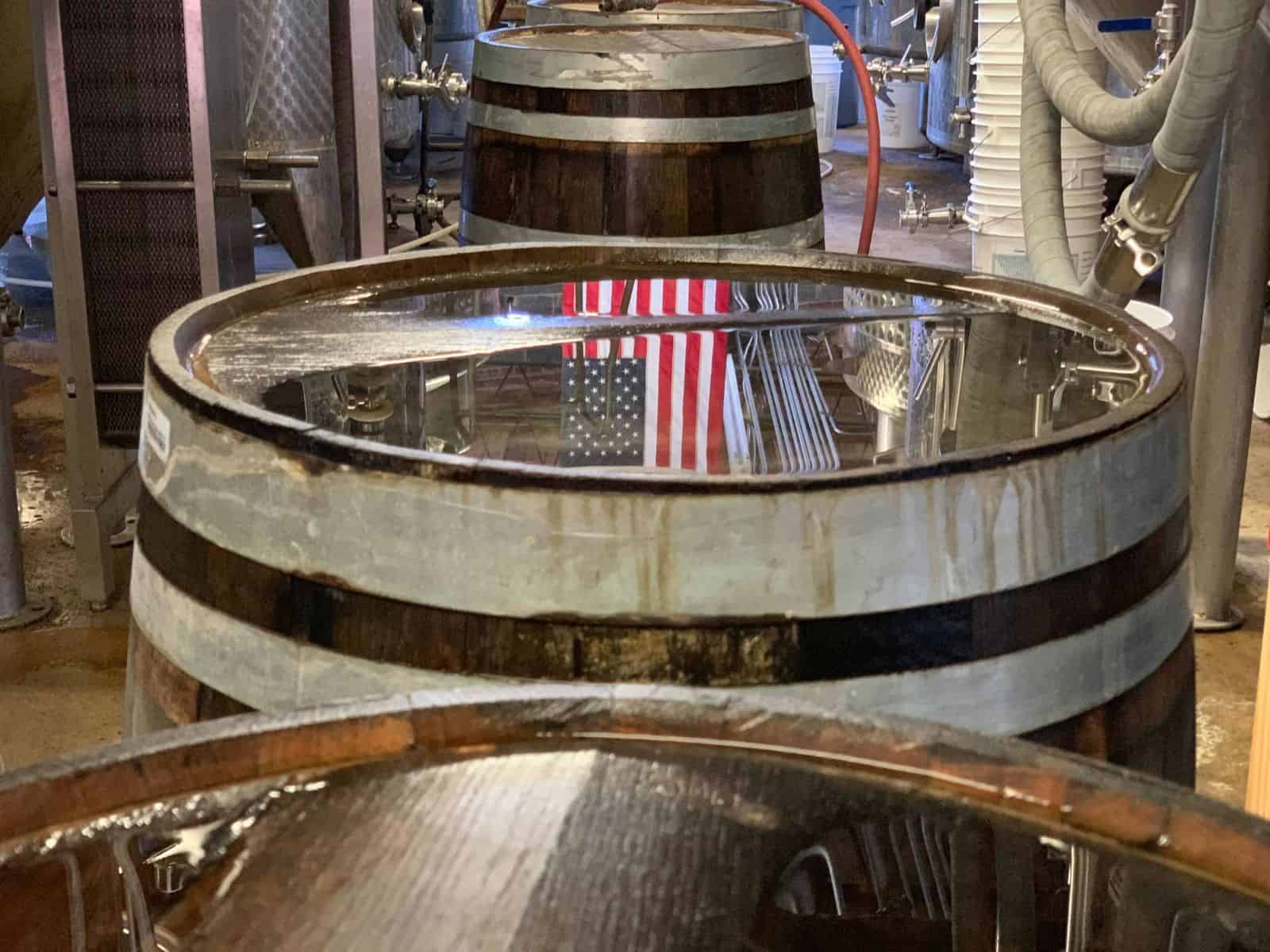 “Just like when we approach apples, we’re looking for quality ingredients, grown by people who fit our ethos,” Correll says. “With cider, our philosophy is that it’s less about the recipe and more about the quality of what you’re sourcing. That’s where beer is fairly unremarkable, almost all breweries use the same grains and malts from the same places.”

This philosophy and process bust a pretty big myth about flavored ciders: that adding flavors to a cider must be because the original batch of cider was massively flawed. Correll says that while, yes, he has compensated for a lack of aromatics or an uninteresting yeast with adding flavors, the base cider must be high-quality on its own to yield a flavored cider that really wows the palate.

“If you take the peach tea and dump it into cider made from Chinese apple concentrate, it won’t be as good. It would be a thin, character-less base,” he insists. “We use fresh pressed apples, a yeast strain we think works best and helps pull out the peach notes. We don’t add water or balance acidity.” 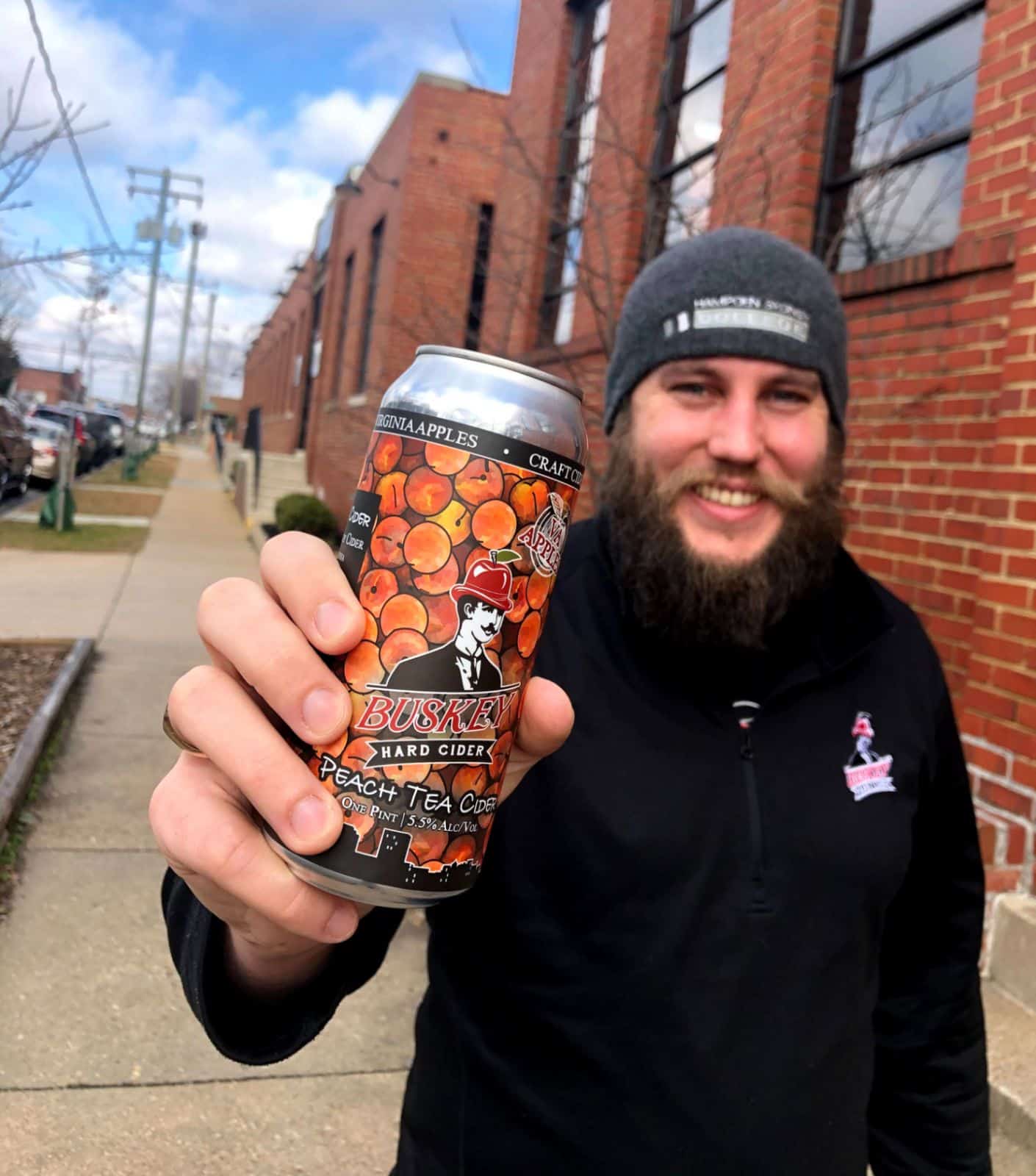 When it comes to creating new cider flavors and recipes, Correll notes there are a few main ways these come about:

An important part of the creation of a new flavored cider is, of course, research and development. The R&D process changes, Correll notes, if the goal is to make a fun one-off cider, or if you’re looking to bring a new permanent product to your rotation.

“When you’re making a one-off batch, as long as it tastes good it doesn’t matter if it’s consistent. You make it to your taste. It’s beautiful whimsical fun and not very professional. A lot of our customers don’t expect consistency, and know things are just exciting and fun,” he says.

But when it comes to scaling a batch way up, it’s a game of guessing what a wide range of drinkers will like the best. Because of their urban location, Buskey can do R&D directly with customers; when the cidery was first open, Correll would call random people in off the street to try things he was fine-tuning. 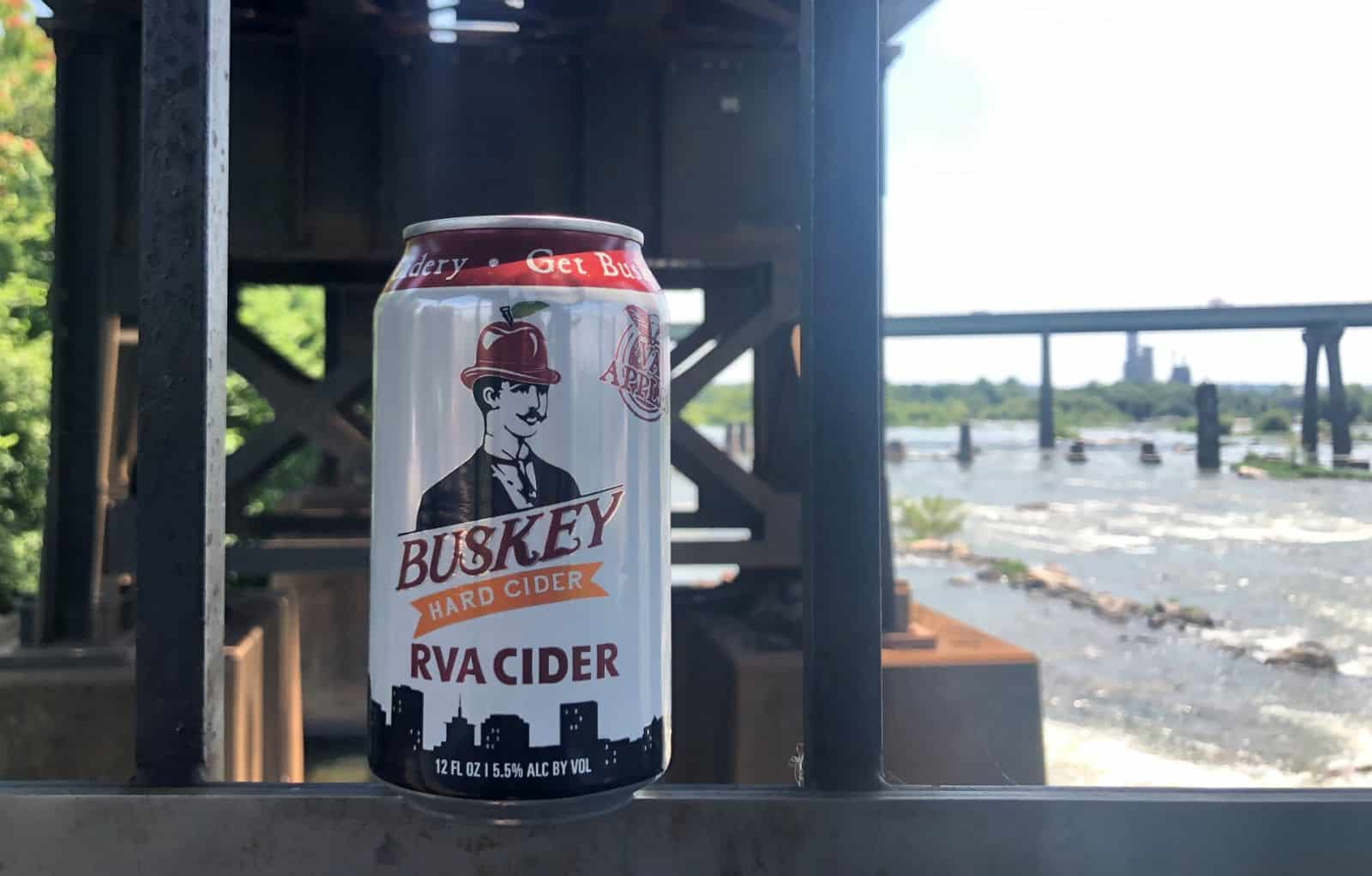 He also notes that not all flavors make it to market; there are definitely some duds.

“There’s almost infinite things you can put in cider, like almost anything edible that doesn’t have gluten. We’ve tried to be disruptive and bold, and some things don’t work. For some reason, guava is extremely trendy in cider, but we made two that didn’t work as well for us,” he says. “We’re willing to take risks and make mistakes. We tried to make nitrogenated cider, like a Guinness, and it just wasn’t an innovation that needed to happen. It’s not all wins.”

According to Correll, much like making 100% apple cider, dialing in the flavored ciders requires “a lot of art and magic.” In addition to dreaming up creative, innovative products and supporting Virginia agriculture, his main goal is to just create great cider that brings joy to the people who drink it.

“Making cider is about making cider that people love,” he says. “I want people to be delighted.”